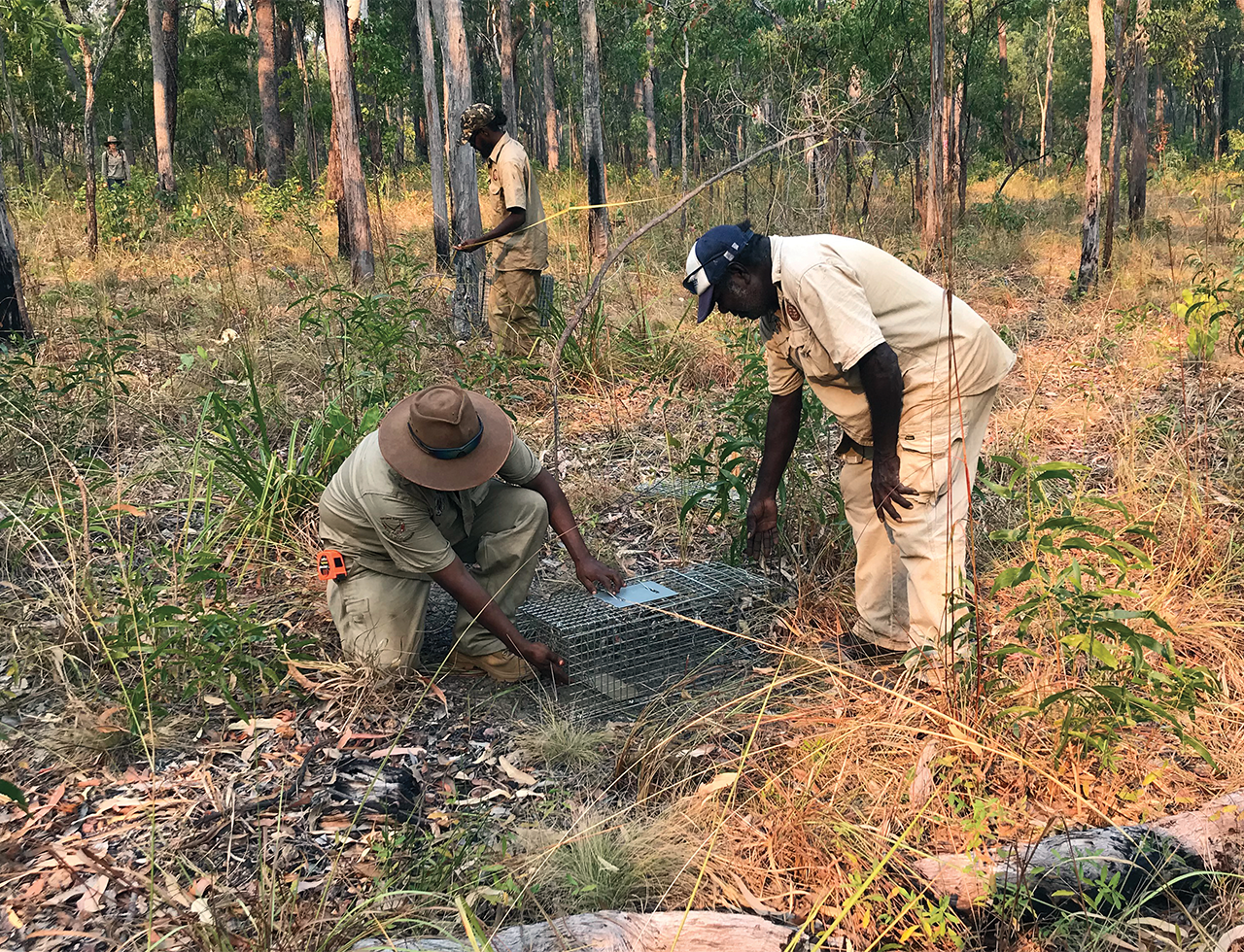 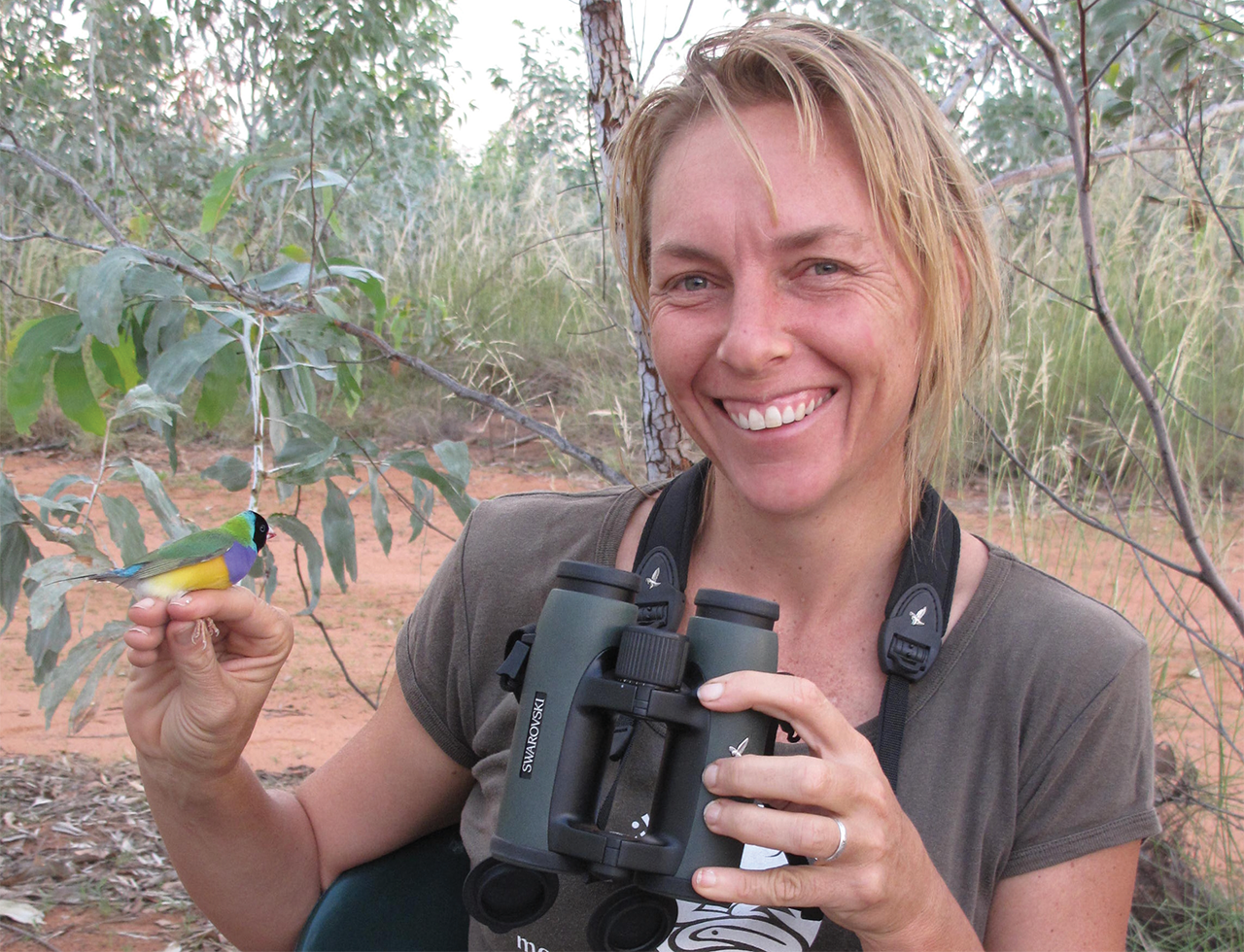 Let’s be honest – the process of getting large Commonwealth-funded research hubs off the ground isn’t suited to upfront consultation with Indigenous groups and communities. Once the main contract is signed, the first research plan needs to be developed very quickly, totally out of sync with the time needed to build the relationships and trust that are the foundation for co-developing a collaborative project with Indigenous partners.

So, at the start of the Threatened Species Recovery Hub, we had to put steps in place to build the trajectory towards the engagement and communication we were aiming for. A key step was having Brad Moggridge join the team as the Indigenous Liaison Officer, to provide guidance to project teams. This guidance included developing a document with advice to early career researchers on how to develop respectful relationships with Indigenous people.

Brad was supported by the hub’s Indigenous Reference Group. This powerhouse advisory group (Cissy Gore-Birch, Stephen van Leeuwen, Oliver Costello, Teagan Goolmeer, Larissa Hale and Gerry Turpin) fostered Indigenous collaborations and communication with the hub, and led or participated in some nationally important work. For example, they led the national conversation on culturally significant species (how to define them, and how to get them recognised in environmental policy and law) that fed through several pathways into the recent EPBC Act review.

Through discussions with Brad and the Indigenous Reference Group, project leaders were encouraged to consider the relevance of their work to Indigenous people, and how best to involve them in that research. Over time, the dynamic shifted, and by the final couple of annual research plans, projects were being proposed that were initiated and co-led by ranger groups. For example, the Karajarri Rangers began a project in 2018 with scientific support from the hub to improve fire management for threatened species and other fauna in their Indigenous Protected Area; the project has since grown to include the Ngurrara Rangers, Karajarri’s neighbours in the Great Sandy Desert, and the two ranger groups have carried out joint surveys, sharing skills. 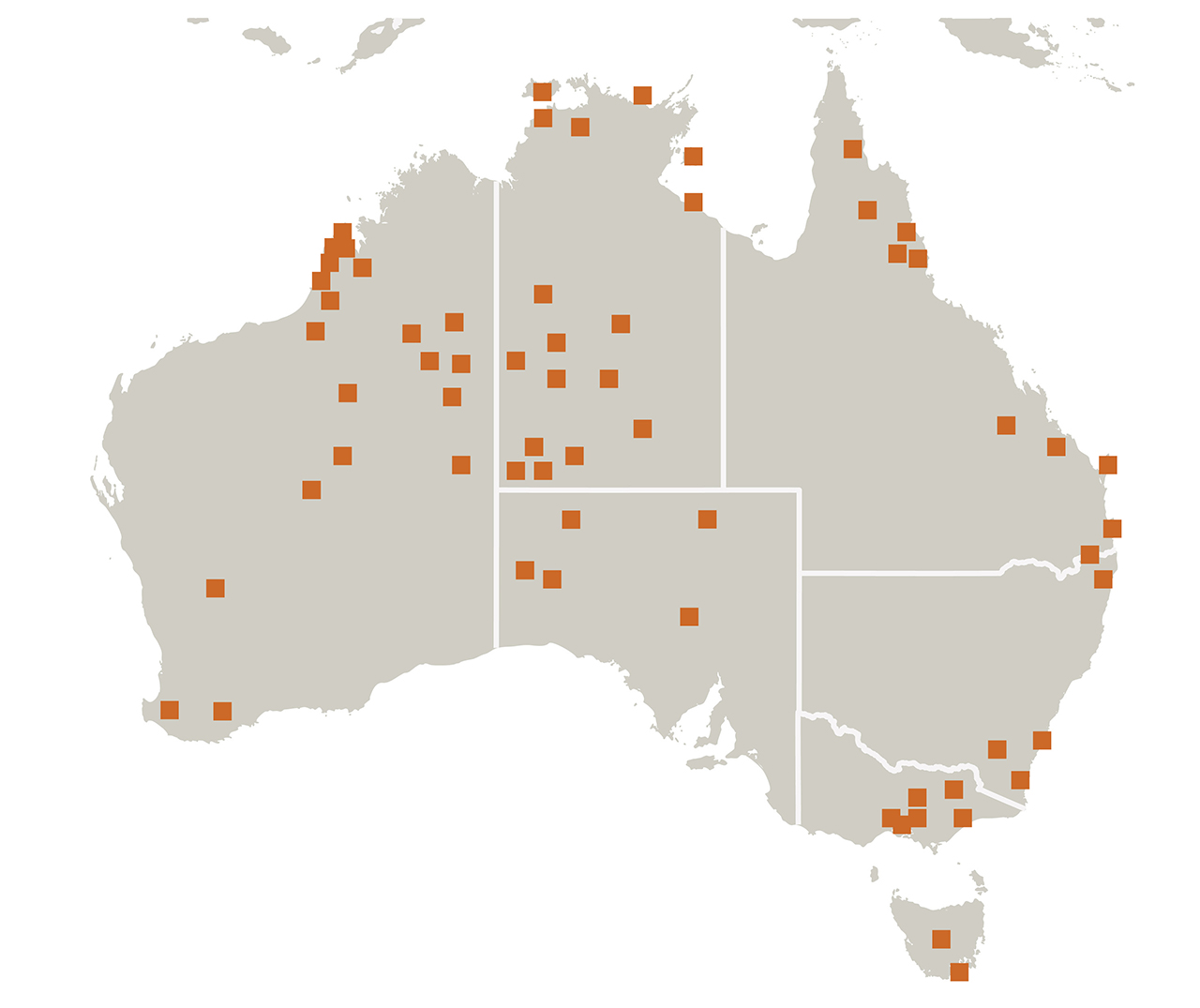 The locations of Indigenous groups that the hub engaged with.

By the end of the hub’s six-year program we had supported a diverse and productive range of research with Indigenous partners. For example, 65 Indigenous organisations had been engaged with hub research projects, and an average of 98 rangers per year worked alongside hub researchers in two-way knowledge exchange. Over 70 communication products have been produced with and for Indigenous audiences, including videos, factsheets, posters, media and animations.

Projects with substantial Indigenous engagement were scattered right across Australia, from Martu in the west to Arakwal in the east, and from Tiwi in the north to Wurundjeri in the south. The projects that were Indigenous-led, or had substantial engagement, had developed enough momentum to withstand the disruption that COVID-19 caused to travel, but it remains extremely disappointing that the on-country trips and gatherings of the first four years had to be replaced in the last 18 months by online meetings and emails.

I hope one of the legacies of the hub will be the relationships that developed through the research projects, and what these lead to. Maybe these relationships will even oil collaborations in future hubs, supporting Indigenous groups and people to get involved in the planning processes earlier, and to drive the research agenda.

Top image: Tiwi Land Rangers setting up cage traps for fauna surveys as part of a hub collaboration with Charles Darwin University scientists which has looked at trends in small mammals and cat occurrence and how these are influenced by fire management. Image: Hugh Davies

Keeping our animals safe on the Tiwi Islands

Submission to the 2020 independent review of the Environment Protection and Biodiversity Conservation Act 1999: A case for Culturally Significant Species

Early results from a large-scale adaptive management experiment for malleefowl