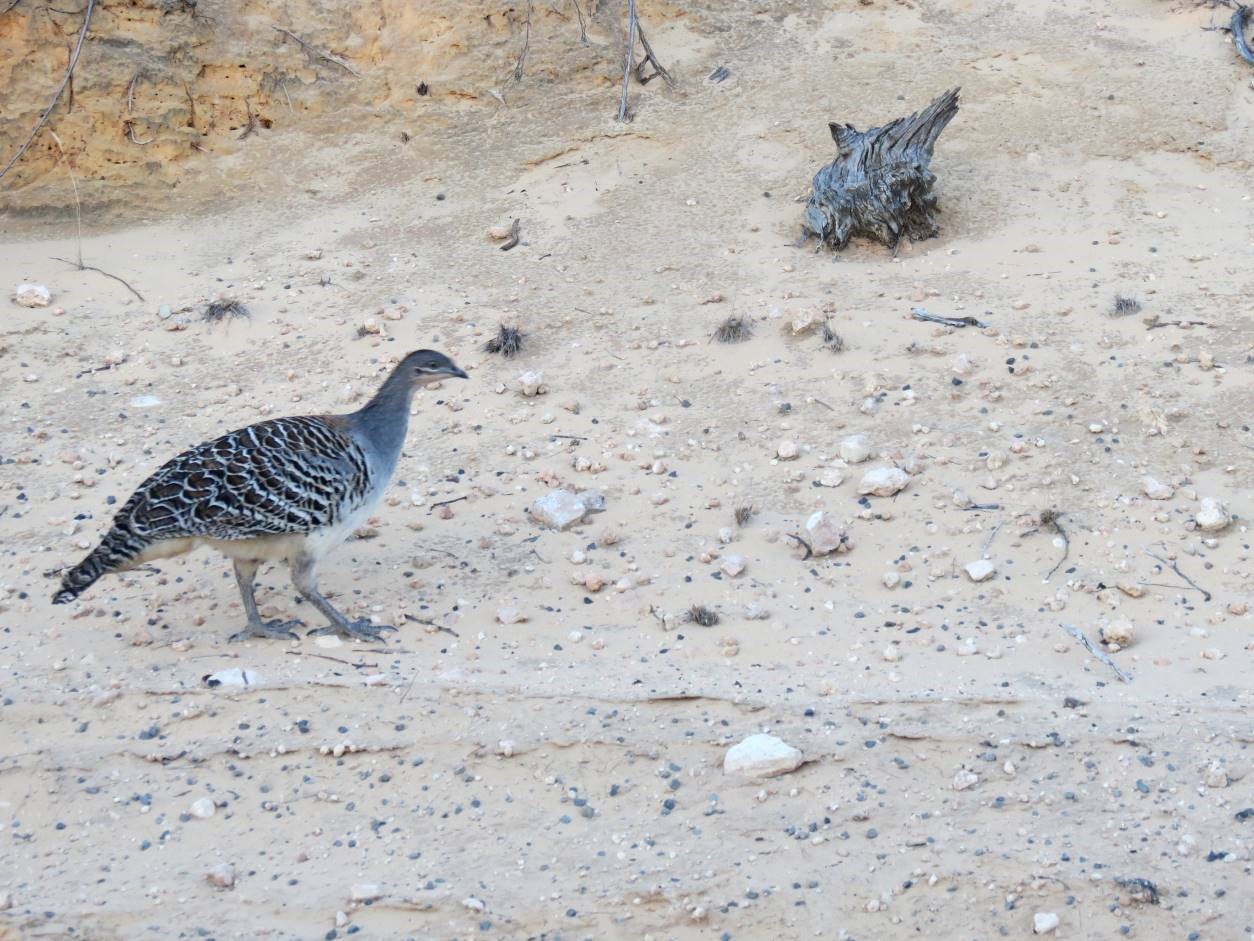 Monitoring malleefowl on a massive scale

TSR Hub researchers will establish as many as 41 malleefowl monitoring sites across southern Australia in one of the largest adaptive management experiments ever attempted in Australia.

“This project will demonstrate how management and monitoring can be coordinated on a national scale to help us better understand drivers of population declines,” says Project 3.3 deputy leader Dr Darren Southwell.

“We’ve seen malleefowl populations decline over the past hundred years in response to habitat fragmentation, altered fire regimes, livestock grazing and predation by foxes and cats.

“The current approach to managing malleefowl is to suppress predators through fox and cat baiting. However, it’s difficult for us to tell how effective these measures have been.”

Feral predators will be managed in and around treated sites but remain unchecked in control sites, allowing researchers to gauge the effect of predator suppression on the malleefowl population.

The sites will be grouped into clusters of similar climate and vegetation in order to provide as clear a comparison as possible.

The sites were identified by TSR Hub partners Joe Benshemesh and Tim Burnard, and historic and pilot data have been analysed by José Lahoz-Monfort, Rosanna van Hespen and Cindy Hauser.

“Our findings suggest we will begin to discern the signal coming from predator management through the noise of population fluctuations and imperfect monitoring within about five years of targeted monitoring,” says Dr Hauser.

Sites will be monitored by managers and local volunteers each year for both malleefowl and predator activity.

“The good news is that there are already a handful of sites collecting data, with the remainder soon to be established,” Dr Southwell says.

The National Malleefowl Recovery Team and The University of Melbourne are also in the early stages of building an internet database to store the predator-focused monitoring data captured.

Malleefowl breeding activity and data is already collated and stored in the National Malleefowl Monitoring Database.

The scale of the project means The University of Melbourne researchers are working in close collaboration with the National Malleefowl Recovery Team, Bush Heritage, the Australian Wildlife Conservancy and state government agencies in NSW, SA, Victoria and WA (in addition to several other conservation and volunteer organisations) to establish and monitor the sites. The project is also supported by Mount Gibson Mining and Karara Mining Ltd.

Representatives from these groups met in Mildura and Perth earlier this year to discuss the progress made so far and plan how the project will be managed over the next five years.