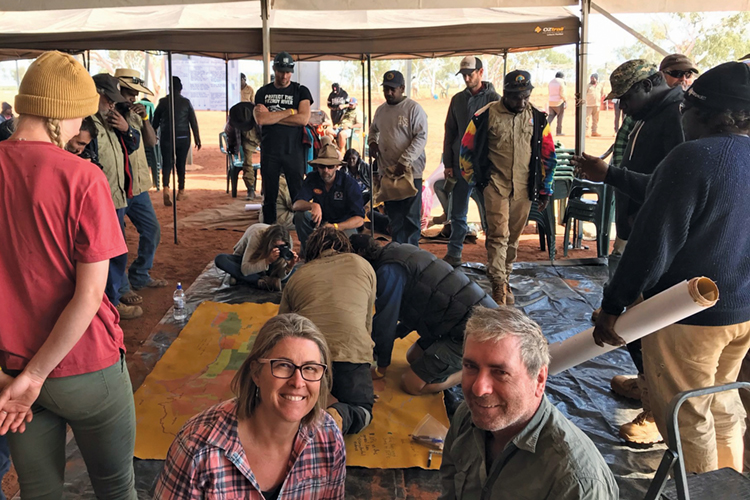 The knowledge, skills and dedication of Aboriginal and Torres Strait Islander people are critical to the effective management of Australia’s environment and heritage.

A large number of threatened species in Australia occur almost exclusively on Indigenous-owned and -managed land. Indigenous rangers and Traditional Owners maintain strong connections to their land and their ongoing participation in threatened species recovery is essential. A unique understanding of the landscape and species on their Country as well as the application of traditional management practices benefit the recovery of many species that have their strongholds on these lands. 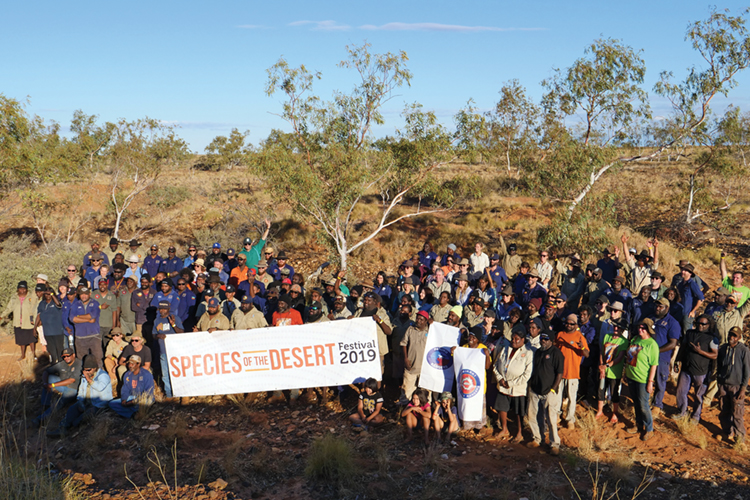 Over 200 Indigenous rangers and Traditional Owners met to discuss threatened and culturally significant desert species and landscapes at the Species of the Desert Festival in Mulan, Western Australia in June 2019. Image: Jaana Dielenberg / Indigenous desert alliance

In June, I attended the Species of the Desert Festival along with over 200 Indigenous rangers on the Paruku Indigenous Protected Area, where the night parrot was recently discovered. It was a great honour for me to be at this event to learn from the Traditional Owners and Indigenous rangers about the cultural significances of species that occur on their Country, what habitats they occupy and what they do to protect and manage them. Ensuring there are opportunities for Indigenous ecological knowledge to inform recovery planning, and continuing to collaborate with and learn from Traditional Owners will be important to protecting many of Australia’s threatened species into the future.

Top image: Sally Box and Simon Nally at the Species of the Desert Festival. Behind them Indigenous rangers map potential night parrot  habitat on their countries.