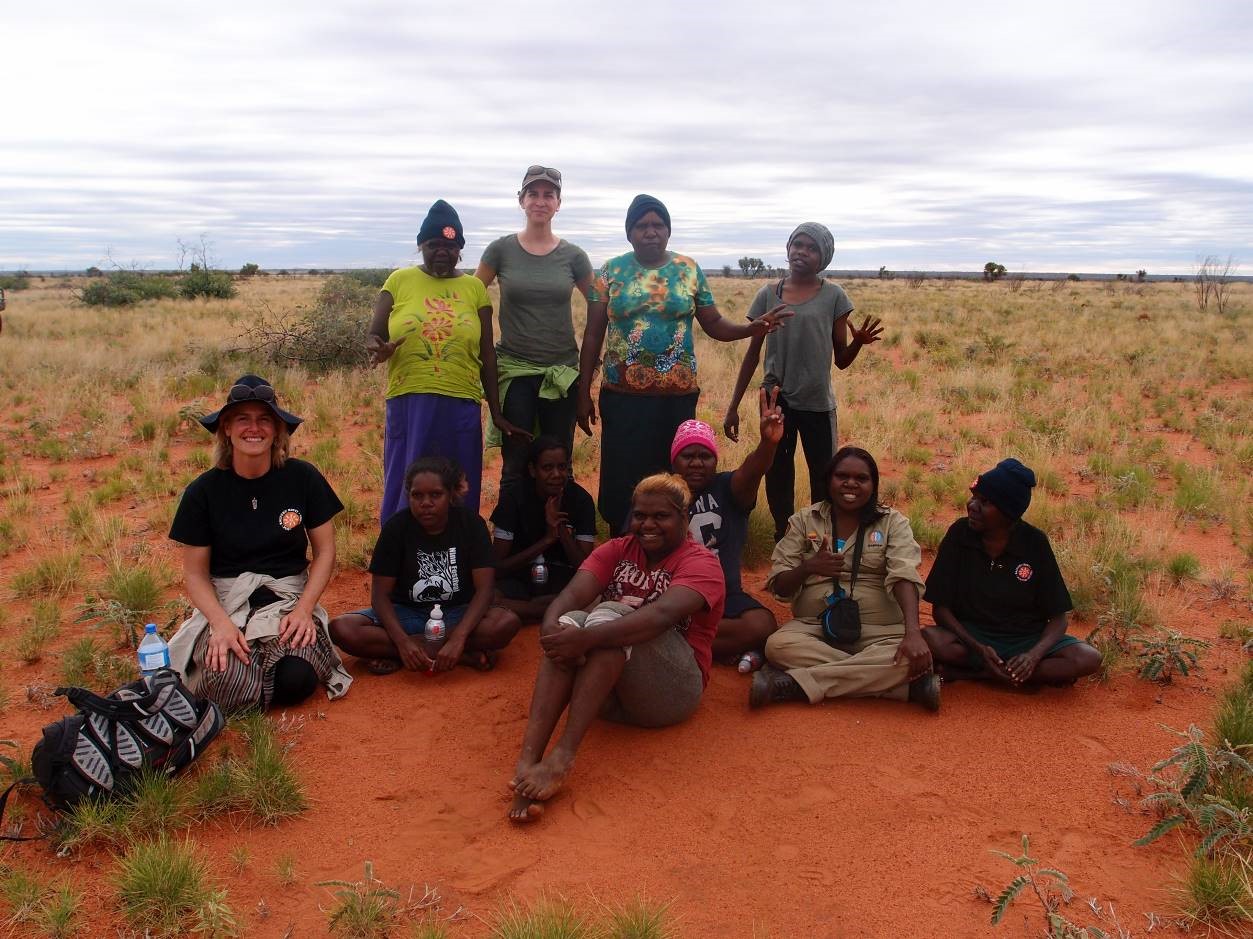 One of the things that struck Dr Anja Skroblin at the inaugural Ninu (Bilby) Festival was the connections between communities from opposite ends of the country, through ancient stories and songlines about bilbies.

“There’s a connected cultural heritage going back thousands of years from Broome down through to the deserts of South Australia, and bilbies are an important part of that,” says Dr Anja Skroblin from The University of Melbourne, which is working in collaboration with The Nature Conservancy.

“Bilbies are one of many significant small animals for the Indigenous peoples of the Australian deserts, but unfortunately many of the other animals are now extinct.

“They used to be found across most of the country west of the Great Divide - in Adelaide, Perth, Victoria and throughout Queensland. But now they’re mainly found in the northern WA and NT desert, and one small part of Queensland, due to a range of threats such as livestock grazing, rabbits, feral cats, foxes and modified fire regimes.

“We estimate around 80 per cent of the remaining bilby population is on Indigenous land, and strong community engagement, as well as support for Indigenous groups to conduct land management is vital to stop further declines and conserve the species.”

“It was good to hear the monitoring priorities from the different Indigenous groups, learn more from their cultural stories about bilbies and also to support the twelve Martu ranger ladies I was accompanying,” says Dr Anja Skroblin.

Through the TSR Hub’s Project 3.2, Dr Skroblin is working with the Kanyirninpa Jukurrpa (KJ) and Martu people to combine western scientific and Indigenous ecological knowledge to monitor and ensure the survival of the bilby in the desert.

“Bilbies are notoriously difficult to monitor because they’re nocturnal animals, but they do leave signs of their presence in the form of tracks, scats, diggings and burrows,” she says.

“Martu and other Indigenous groups have an exceptional ability to read the signs on the landscape, and have incredible bilby tracking skills. From the tracks they can tell the size of the individual, what they were doing and how long ago they were there.

“The ranger teams work on country to manage cultural heritage and ecological values, and threatened species monitoring is one of their key activities. They’re working across enormous areas and will often camp out for weeks to undertake surveys in remote locations.

“We’re working together to develop a monitoring program that gives KJ more power to detect population trends. The ranger teams want to know whether the bilby populations are stable, declining or increasing.

“This will give the ranger teams better information to plan where they monitor, how many sites they need to visit and the effectiveness of their land management practices – which includes patchy fire regimes, feral cat hunting and even baiting in some places.

“Stories that came from different groups at the festival suggest bilbies are doing really well around Indigenous communities which undertake patchy mosaic burns.

“Mosaic burning is part of the traditional hunting and management methods Indigenous peoples have been applying for many thousands of years that suits the bilbies quite well, as it leaves them areas to hide from predators while creating food resources in newly burned areas.”

Another highlight of the festival was the attendance of Walkley Award winning cartoonist First Dog on the Moon, who documented his experience for The Guardian.