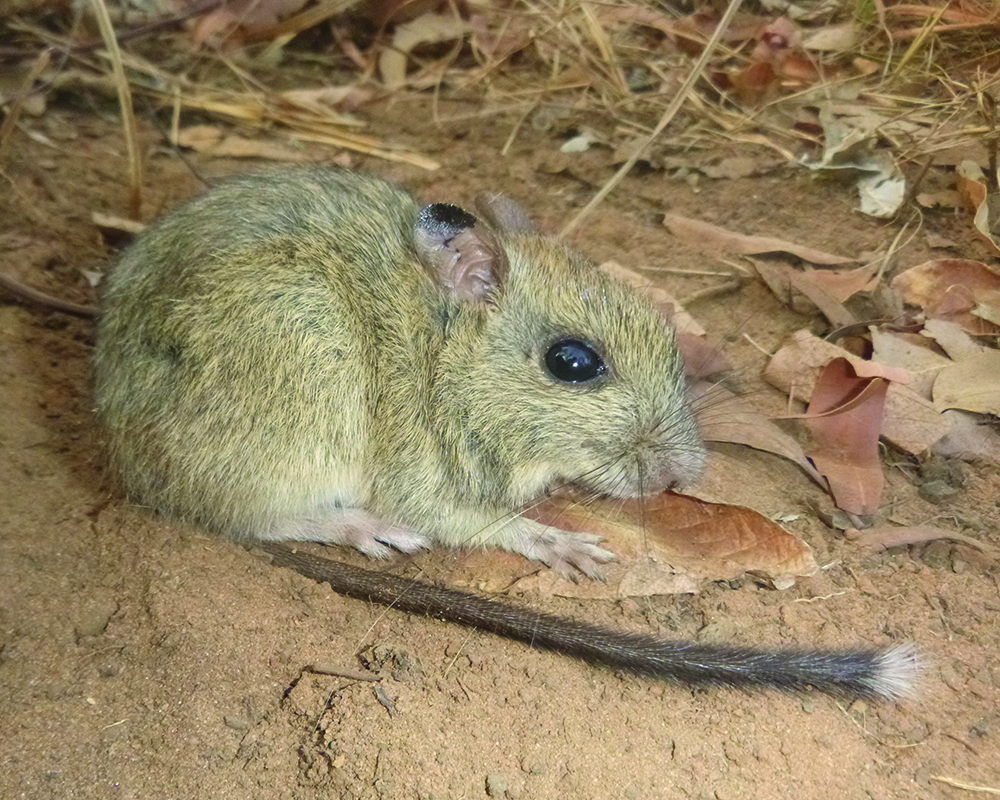 The Tiwi Islands are one of the last regions in Australia with an intact mammal community, and they are home to several threatened mammals like the brush-tailed rabbit-rat and Butler’s dunnart. While the mammal populations on the islands have remained relatively intact compared to other areas of northern Australia, they may be showing the first indications of decline. As native mammals play an important role in maintaining healthy country and culture, this is a major concern for the Tiwi Traditional Owners. Hugh Davies, from Charles Darwin University, looks at what mammal surveys in 2000 and 2015 can tell us, and outlines new collaborative research which aims to help underpin recovery efforts.

Over recent decades, numerous native mammal species across northern Australia have suffered significant decline. Worryingly, the species that have suffered the greatest decline across northern Australia are similar to the mammal species that were earlier driven to extinction throughout southern and arid Australia. If these declines continue, more species may soon be lost forever.

The decline of native mammals across northern Australia has been linked to predation by feral cats, the loss of traditional Aboriginal burning practices, and grazing by large, exotic herbivores (such as cattle, horses and water buffalo). However, as these drivers of decline interact in complex ways, uncertainty still surrounds both the relative contribution of each of these drivers to the decline of native mammals, as well as the best approach to remedial management.

Surveying mammals on the Tiwi Islands

My PhD was a collaborative project between the Tiwi Land Council, the University of Melbourne, the Northern Territory Government’s Department of Environment and Natural Resources, and Charles Darwin University. Beginning in 2013, one of the main aims was to conduct a health-check of Tiwi Island mammal populations and see if there has been any evidence of recent decline.

As the Tiwi Islands still support high densities of native mammals compared to most of northern Australia, this also provided an opportunity to further investigate the drivers of mammal decline. In 2015, I re-surveyed 88 sites across Melville Island (the larger of the two main Tiwi Islands) that were previously surveyed between 2000 and 2002. At each of these sites, I repeated the original live-trapping survey method and conducted five weeks of camera-trapping. 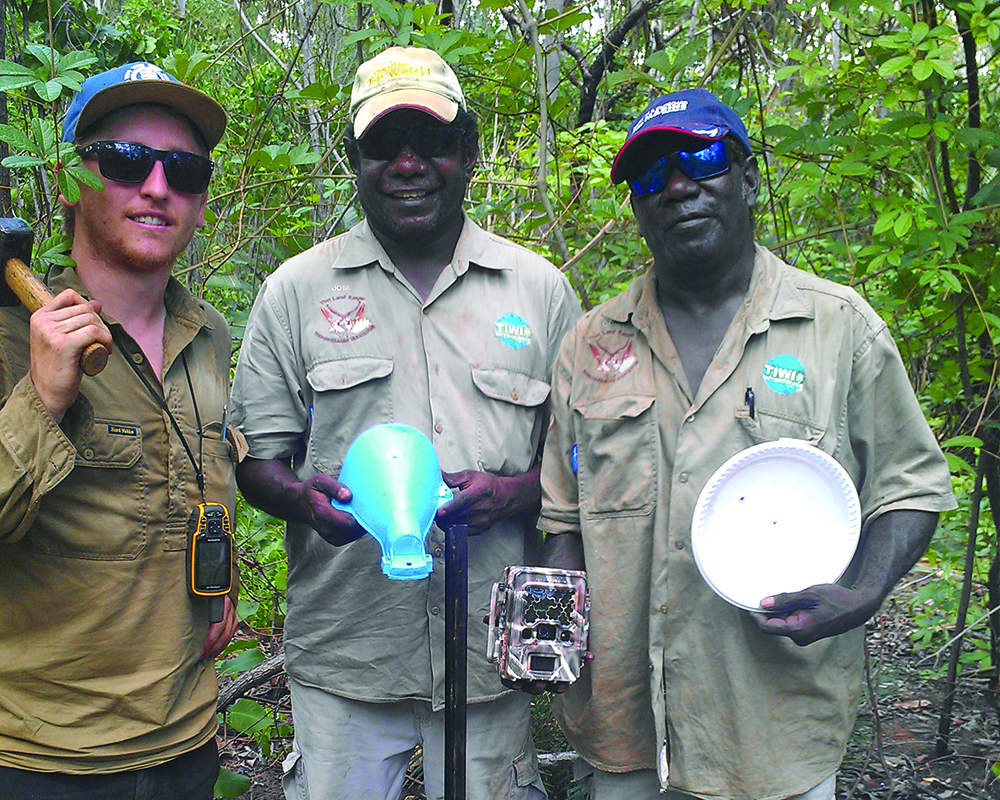 The trap-success rate for the northern brown bandicoot, black-footed tree-rat and brush-tailed rabbit-rat were all significantly lower in 2015 (see figure). I found no significant change in trap-success for the common brushtail possum.

While this drop in numbers for three mammal species bodes ill, it is only based on surveys at two points in time. Surveys at other points in time will be needed to confirm the trend and rule out natural fluctuations in response to long-term variation in weather conditions. For example, the Tiwi Islands had experienced a number of dry years leading up to 2015. It remains to be seen if (and how much) populations will recover after a good wet season.

However, as these declines are similar to those recorded earlier on mainland northern Australia, they may also represent the first evidence of mammal decline on the Tiwi Islands. 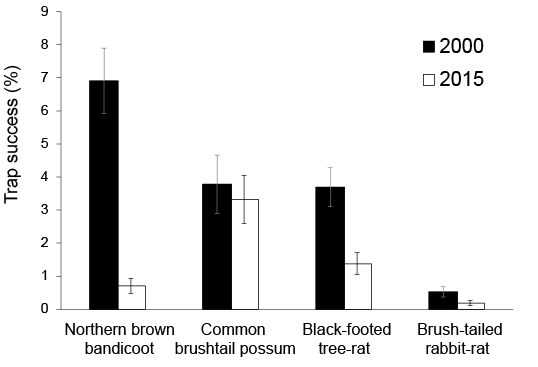 Graph: Trapping success rates during mammal surveys in 2000 and 2015 for four mammal species.

Findings a call to action

The research results suggest that while the mammal populations of the Tiwi Islands have so far been more resilient than in other areas of northern Australia, they may be exhibiting the initial signs of decline. As such, these results should be a call to action. If nothing is done, these populations may continue to decline to the highly degraded state of those on the mainland. The loss of these animals from the Tiwi Islands would represent significant ecological and cultural loss. 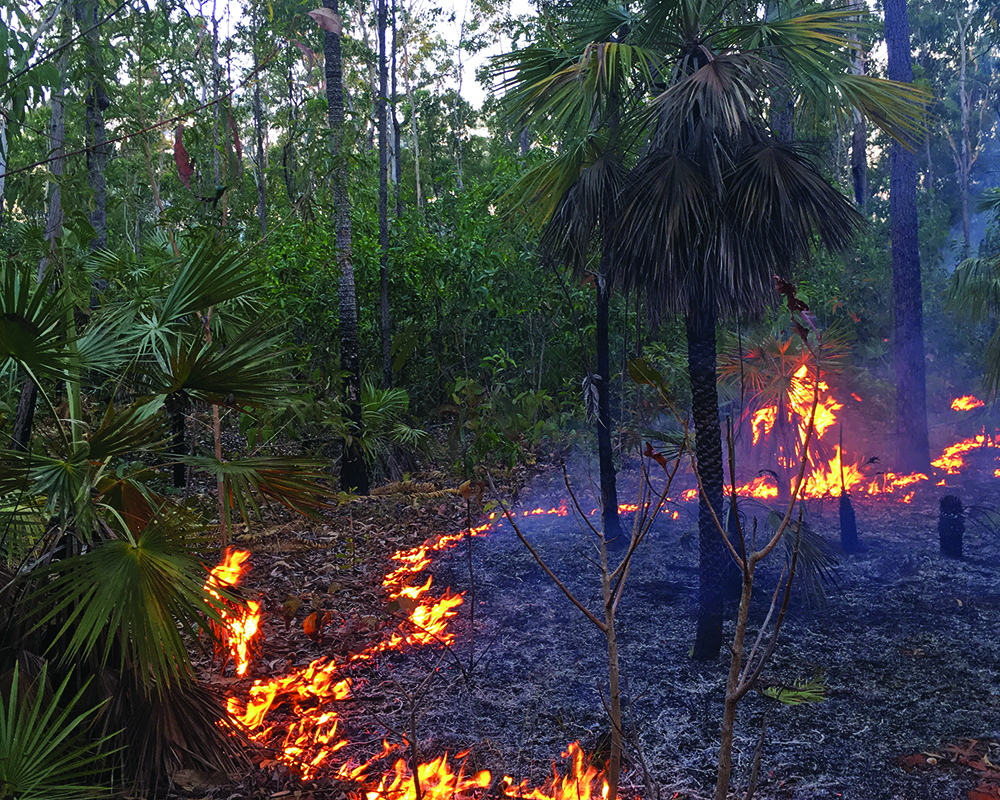 This work has already begun, and is a collaboration between the Tiwi Land Council, Tiwi Land Rangers, Charles Darwin University, and the Northern Territory Government’s Department of Environment and Natural Resources. It is also receiving support from the Norman Wettenhall Foundation.

In 2017, we deployed two large grids of camera traps to estimate the density of feral cats on the Tiwi Islands. We deployed one grid at Pickataramoor on Melville Island and one near Ranku on Bathurst Island. This work is already producing interesting results. While we detected plenty of cats around Pickataramoor, we did not record any from Ranku, suggesting that the density of feral cats varies between these two areas.

We will extend this work to other areas on the Tiwi Islands over the next two years to try and work out why these densities vary. We also plan to use experimental fire plots on the Tiwi Islands to discover how and why the manipulation of fire frequency influences native mammal density. 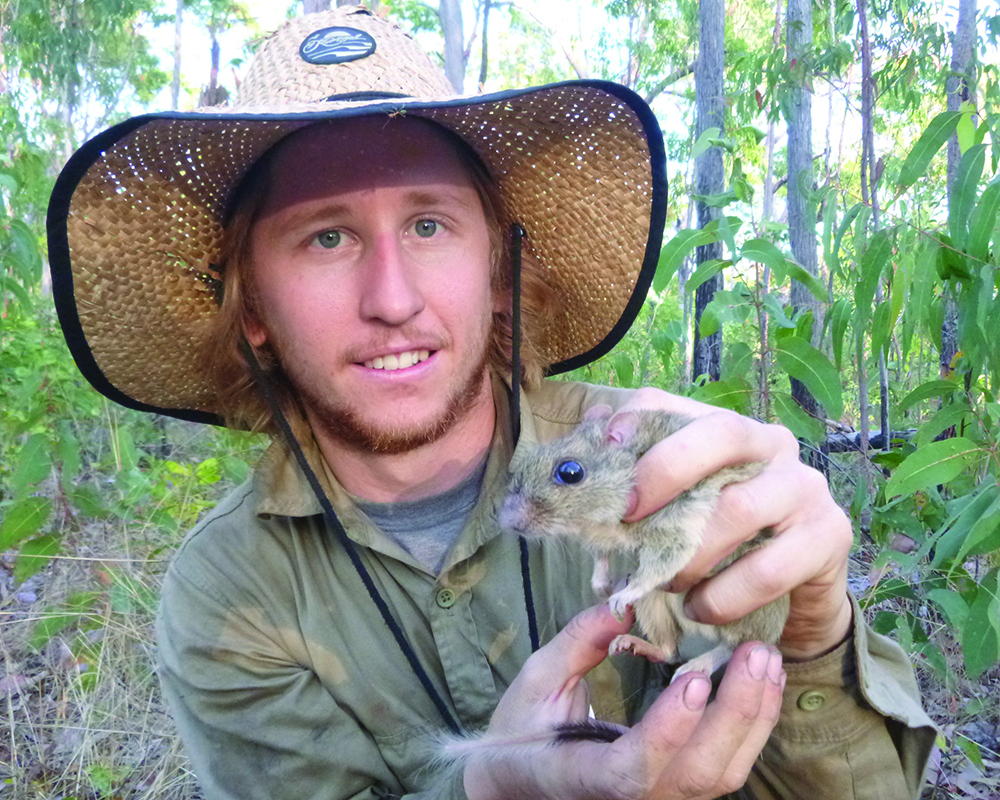