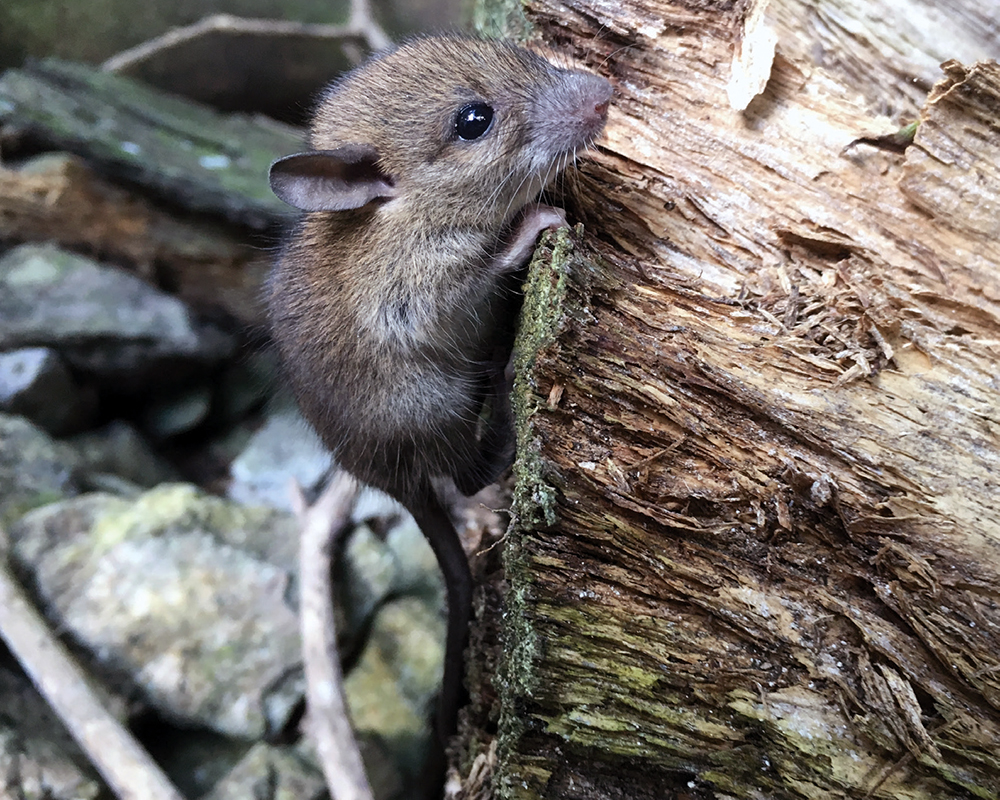 When the cat’s away will the rats play?

Christmas Island is home to a suite of native animals found nowhere else, but also to invasive species including Asian wolf snakes, giant centipedes, feral cats and black rats. These invasive animals have contributed to many extinctions and declines of Christmas Island’s native species. The Australian Government is undertaking a range of conservation initiatives to safeguard the island’s native wildlife, including an island-wide cat eradication program. A Threatened Species Recovery Hub collaboration with Parks Australia is investigating the potential outcomes of the cat control, including whether rats will need concurrent control. Researchers Michaela Plein and Rosalie Willacy from The University of Queensland report.

Cats and rats are recognised as the most damaging invasive predators for island species, and mitigating their impact is a top priority. On other islands, controlling the top invasive predator has sometimes led to increased abundances of smaller invasive species. For example, numbers of rats increased in some parts of Little Barrier Island, New Zealand, after cat eradication, with reduced breeding success for native birds. While there is potential for negative effects from controlling invasive species in this way, outcomes are uncertain and vary between places, habitats and even over time.

Parks Australia, who manage Christmas Island National Park, want to maximise the outcomes of cat control on Christmas Island by anticipating and managing any unintended consequences. Our research is assisting them to predict potential outcomes, particularly the potential for rat (Rattus rattus) numbers to increase following cat eradication, and whether this would impact nesting birds.

Current and potential future rat impacts are uncertain for Christmas Island due to data deficiencies and because birds co-existed with (now extinct) native rodents as well as abundant land crabs – which may make them less vulnerable to rat impacts.

A one- to two-week-old red-tailed tropicbird chick. Parents begin leaving chicks unattended around this age for extended foraging trips at sea. While unattended, chicks are extremely vulnerable to predation. Image: Rosalie Willacy

Rosie describes a typical day: “I get up early on Christmas Island – it will get hot after 11 am – so we will need to finish the field work by lunch at the latest, then we’ll be back out in the field in the late afternoon. Today we will check the battery life of motion-sensor cameras that are monitoring the breeding success and causes of nest failure for the ground-nesting seabird the red-tailed tropicbird (Phaethon rubricauda).

We will scramble around the sharp cliffs, where the nests are tucked away under bushes and in holes of the limestone. The nests are so well hidden that sometimes nothing but the loud alarm call of the adult breeding bird will alert you to their presence.”

Previous studies from 2008 to 2010 showed a mortality rate of up to 95% for red-tailed tropicbird chicks, mostly due to cat predation. Cats have been controlled near one of the colonies since 2010, and breeding success seems to have improved. However, there has been little monitoring to see whether cat predation is continuing, or if rat activity around nests has increased recently. To assess the effects of both cat and rat predation on red-tailed tropicbirds and other threatened Christmas Island species, Rosie is examining patterns of rat abundance and activity across the island, and relating this to forest bird abundance and nesting success, and to seabird nesting success.

Whereas the red-tailed tropicbird has been the seabird “exemplar”, Rosie has used the Christmas Island thrush (Turdus poliocephalus erythropleurus) as the “exemplar” for forest birds. Over the past three years, Rosie has completed almost 200 transect surveys to estimate the abundance of the Christmas Island thrush and other forest birds in parts of the islands with differing numbers of rats. She has also monitored about 200 thrush and tropicbird nests with motion sensor cameras to detect predation.

Rosie’s work depends on gathering data on rat abundance across Christmas Island. To achieve this, she needed to outwit the superabundant, curious and hungry land crabs. During the wet season (and especially during crab migration season), red crabs and robber crabs frequently interfered with traps, making rat detection extremely challenging. For this reason, Rosie first needed to evaluate which method (ink-card tracking, camera traps, cage trapping or DNA hair traps) was best for monitoring rat abundance in this unique ecosystem.

Rosie also measured several other ecological factors (like crab density, crazy ant presence, habitat type) that might explain any variation in rat density, and help us understand the relationships between cats, rats, other species on the islands, and whether cat removal is likely to lead to more rats. 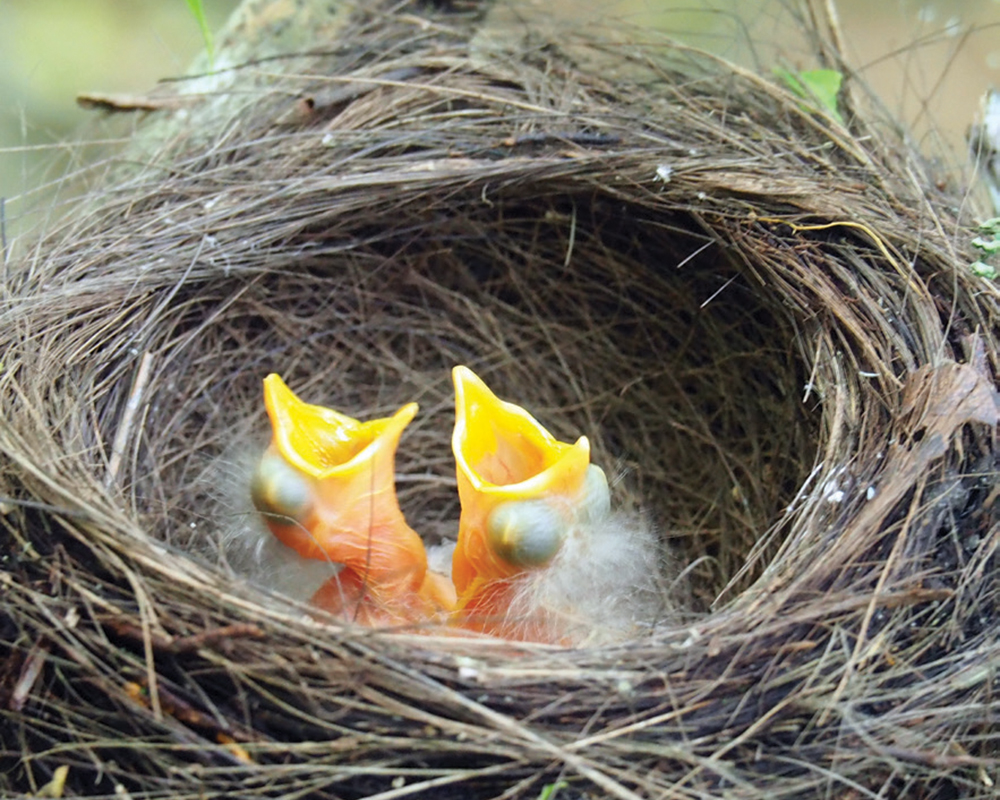 Recently hatched Christmas Island thrush chicks. This Endangered subspecies is likely impacted to varying degrees by native land crabs and birds of prey, as well as invasive predators including cats, rats, giant centipedes and crazy ants. On other islands, island thrush subspecies have become extinct due to the impacts of rodents. Image: Rosalie Willacy

Meanwhile, Michaela Plein reports from her desk: “While I sit in front of my desktop staring at my code, my mind wanders back to the meeting with Parks Australia staff the previous day. Did we include all the important species in the interaction network for Christmas Island? Do feral cats and black rats really eat all these animal species? Would predation by red and robber crabs on rats affect the rat population?

And how heavy are feral cats and black rats on Christmas Island? Because that affects how much they need to eat. Finally, my computer spits out yet another result for the eradication scenarios and I wonder how to best show the uncertainty in these estimates.”

Modelling the potential outcomes of invasive species eradications is difficult; often we know little about how the species interact, and the larger a species network the higher the potential for uncertainty.

We have investigated two key questions: 1) Can we predict the effects of eradicating cats only, versus eradicating cats and rats, on other island species?; and 2) What cat and rat densities threaten bird species like the red-tailed tropicbird?

The modelling allows us to estimate the rat numbers that will cause tropicbirds to decline, showing threshold rat density that should not be exceeded if the tropicbird population is to survive over time. 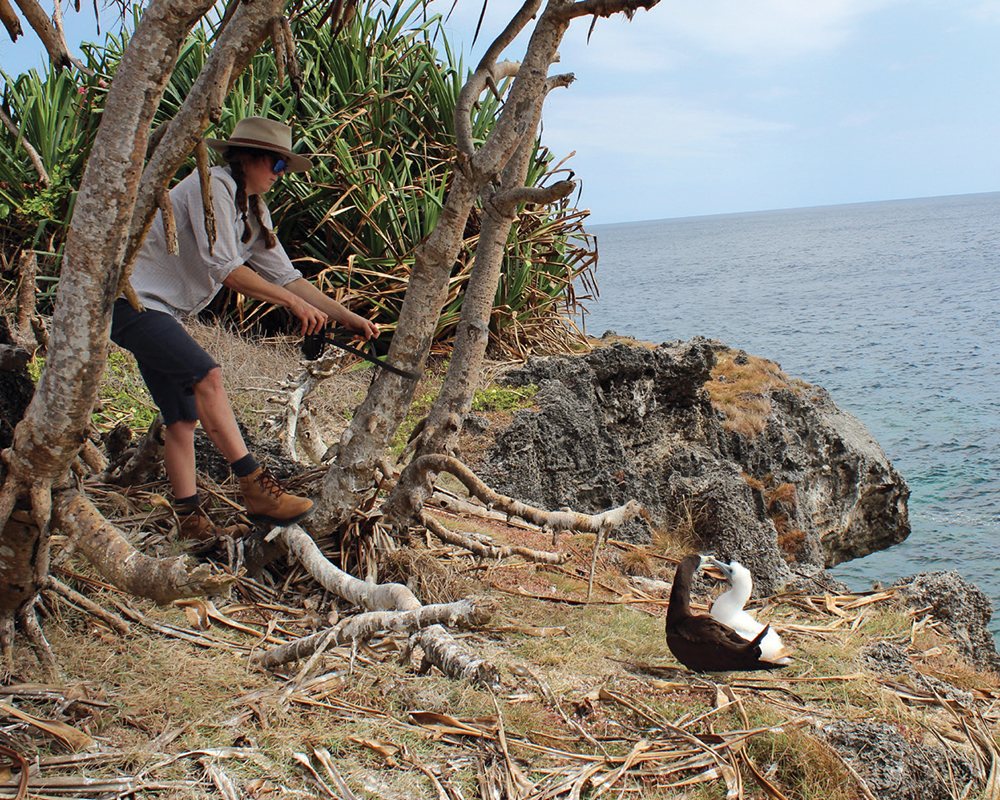 While Michaela’s modelling allows us to broadly explore the influence of cats and rats on key species, Rosie’s field work is providing baseline data on the rat populations of Christmas Island and the impacts of rats on forest and seabirds, as well as developing methods for ongoing monitoring of rats during and after cat eradication.

The hope is that these combined efforts, in the field and on the screen, can help inform future rat management on Christmas Island to aid in the protection of the island’s unique animals. Because of the similar stories of invasive species and biodiversity loss on other islands, we also hope that the monitoring and modelling approaches developed and information gained can be used to inform other cat eradication projects on islands across the globe.

This Threatened Species Recovery Hub project is being carried out in a collaboration between The University of Queensland, Parks Australia and Christmas Island National Park.

Top image: A juvenile rat braves the jungle floor during the day on Christmas Island – the domain of red and robber crabs, which are likely predators and competitors of rats. Image: Rosalie Willacy