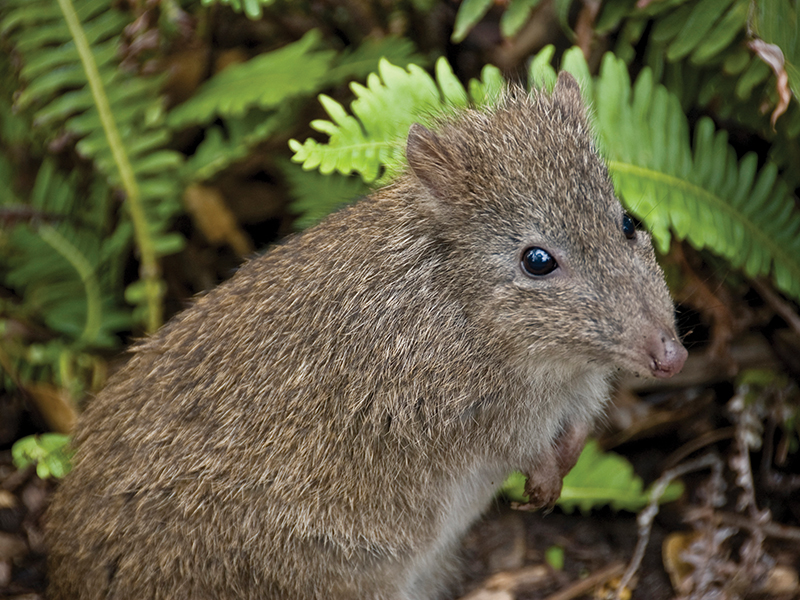 Red foxes (Vulpes vulpes) are one of the greatest threats to Australian mammals. They also pose a major risk to livestock and host numerous diseases that can affect humans. To combat these problems, Australia spends more than $16 million per year on fox control, with much of that money directed to poison baiting. When programs aren’t strategic, however, fox numbers can recover quickly from control. To help land managers get the best outcomes from their fox control investments, a collaborative project funded by the Threatened Species Recovery Hub and Victorian government agencies has developed a new fox population modelling tool. Dr Bronwyn Hradsky of The University of Melbourne led the project and is now working with agencies to apply the tool across Victoria. Here we discuss FoxNet and its applications.

When controlling foxes for biodiversity conservation, the aim is not to kill foxes but to protect native wildlife. Therefore, fox control programs need to be as strategic, effective and efficient as possible. Small-scale, patchy or one-off fox control programs will kill individual foxes but may have little effect on overall fox density, as new individuals move into the area to replace those that have been killed and can reproduce rapidly – a pair of foxes may have four or more offspring each year.

In some cases, fox activity or numbers may even increase following low-intensity control due to a compensatory increase in litter size. 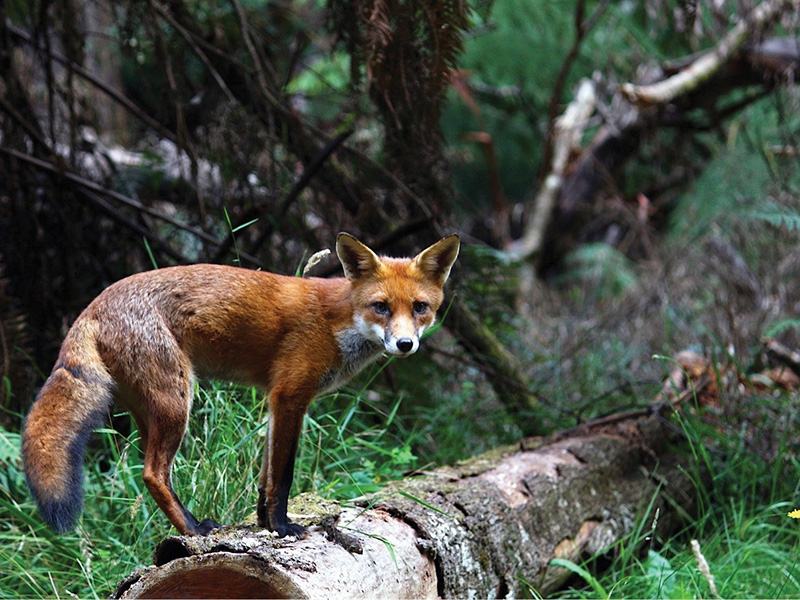 To plan fox control programs that effectively reduce fox densities, land managers need tools to help them understand how fox populations grow and behave and how these populations can best be managed. To meet this need, Bronwyn’s team collaborated with the Victorian Government’s Department of Environment, Land, Water and Planning and Parks Victoria to create a computer-based modelling tool called FoxNet.

FoxNet simulates fox populations across realistic landscapes, with different habitat types. It incorporates the foxes’ territorial behaviour, seasonal breeding cycles and dispersal movements, and can be customised to local conditions by altering inputs such  as fox home range size and the average number of offspring. Land managers can use FoxNet to model fox populations in landscapes without fox control, and to test the effects of different bait station layouts, frequencies and timings on fox density.

FoxNet can also be used to estimate the costs of these control programs, and so answer questions about optimal predator control designs at scales that are relevant to policy and on-ground management. FoxNet has been tested against real-life data on fox populations from landscapes as varied as English suburbs to Australia’s arid rangelands, with the aim of making it widely useful for conservation managers. 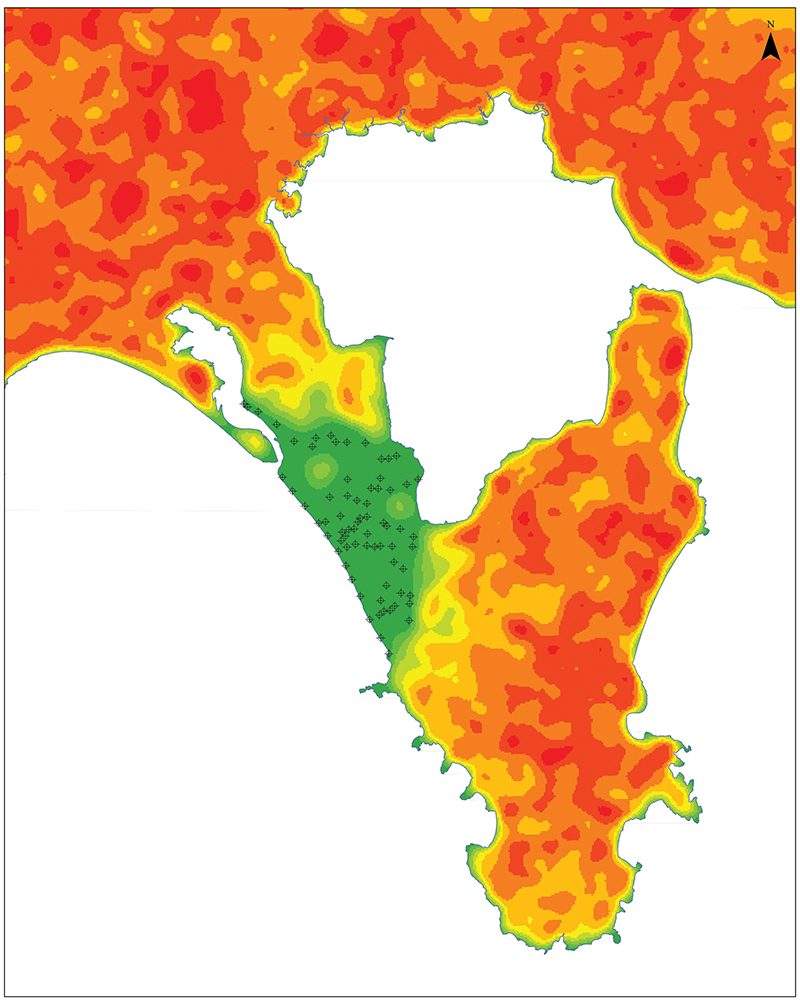 A map of predicted fox density for an area (red is high density, green is low) in response to a possible baiting strategy (crosses are bait stations). Image: DELWP

FoxNet is now being used by government and non-government agencies to evaluate and plan fox management programs for conservation across Victoria. Applications for fox management in New South Wales are also being discussed. As Dr John Wright, Manager of Terrestrial Ecosystem Science at Parks Victoria, says, “This research collaboration will help us make sure our predator control efforts are designed to be put in the right places at the right times.”

For example, FoxNet is being used by the Department of Environment, Land, Water and Planning through the Arthur Rylah Institute for Environmental Research (ARI) to analyse the efficacy of state-funded fox control programs. The analysis aims to provide insight into how fox control programs at different spatial and temporal scales affect fox density and identify how future programs could be designed to ensure the greatest conservation outcome from state investment. 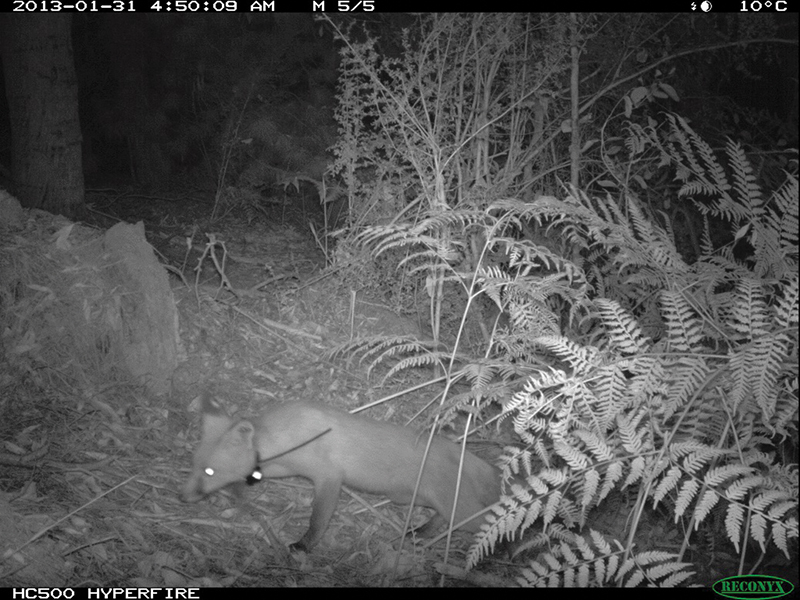 Camera trap image of a red fox in the Otways. Image: Bronwyn Hradsky

Similarly, the Conservation Ecology Centre, ARI and Parks Victoria are using FoxNet to help develop best-practice cross-tenure fox control in the Otway Ranges. They have used the software to design an expansion of the Otway Ark, a 100,000-ha landscape-scale fox control program. The expansion will increase the size of the Ark by 20% across strategically selected public, private and state forest, helping protect threatened species such as long-nosed potoroos, southern brown bandicoots and dusky antechinuses from fox predation.

The FoxNet modelling framework has the potential to explore the effects of disturbances such as fire on fox populations. Future versions could also include competitor or prey species to predict complex responses to management. The researchers are currently in the process of adapting FoxNet to other invasive predators, such as feral cats. 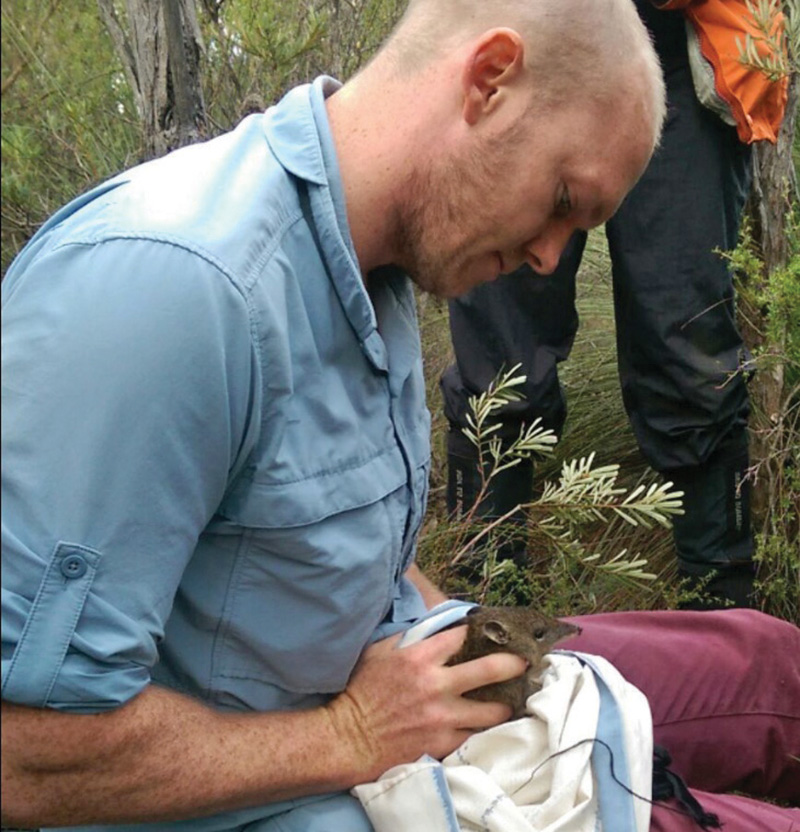