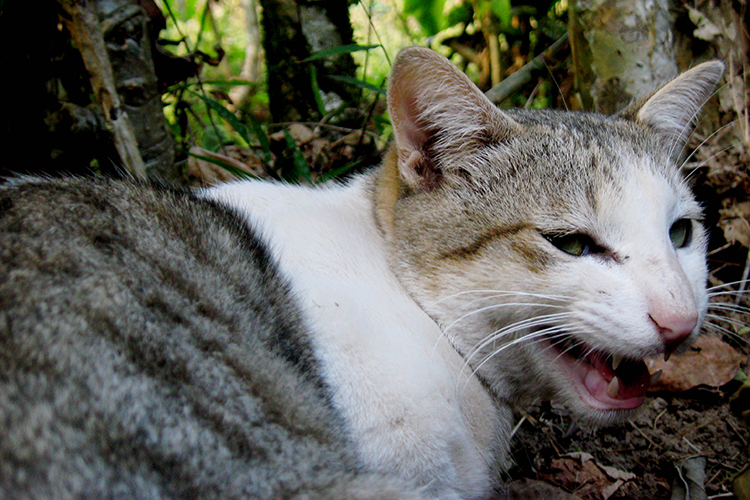 Christmas Island National Park is aiming to do something that very few populated islands in the world have successfully achieved – the eradication of feral cats.

The ambitious goal is being recognised on Threatened Species Day tomorrow (7 September) as a key step in helping threatened species thrive on this wildlife wonder in the Indian Ocean.

Christmas Island is a site of international conservation significance and home to many unique species found nowhere else in the world.

Famous for its annual red crab migration, where tens-of-millions of red crabs march from the forest to the sea to spawn, it’s also home to globally important seabird rookeries and many unique and threatened forest birds.

Feral cats are a threat for many species on the island, and remain a threat today. Parks Australia is committed to eradicating feral cats from Christmas Island by 2020.

Christmas Island National Park is managing the cat eradication program on the island in collaboration with the local government, business, community groups and the Western Australian Government’s Department of Biodiversity Conservation and Attractions.

The Threatened Species Recovery Hub, of the Australian Government’s National Environmental Science Programme, is partnering with Parks Australia to carry out research to inform and support the program.

“We’ve made significant inroads into the feral cat problem since initiating the cat control program in 2010,” Mr Suridge said. “Over 950 feral cats have been removed from the island since 2010.

“We’ll continue to work hard with our partners to ensure we remain on track to achieve our goal of ridding the island of feral cats by 2020.”

University of Queensland’s Dr Eve MacDonald-Madden, who is part of the Threatened Species Recovery Hub, is leading research into the effects cat eradication could produce on Christmas Island.

“On other islands, cat eradication programs have sometimes had unexpected negative flow on effects”, Dr MacDonald-Madden said. “Each island is unique, but in some cases a reduction in cats has led to an increase in feral rats or other invasive species, which can create a problem for native wildlife.

“Our research is looking at these potential consequences, such as the impact rats have on nesting sea birds and forest birds and how this may change as cat numbers decrease.

“We’ll then work with park managers to plan actions to avert potential problems. Overall this will ensure that threatened species on Christmas Island will get the maximum possible benefit from the eradication of feral cats.”

“We need to remove feral cats from our national parks to help protect Australian animals from the threat of extinction,” Mr Andrews said.