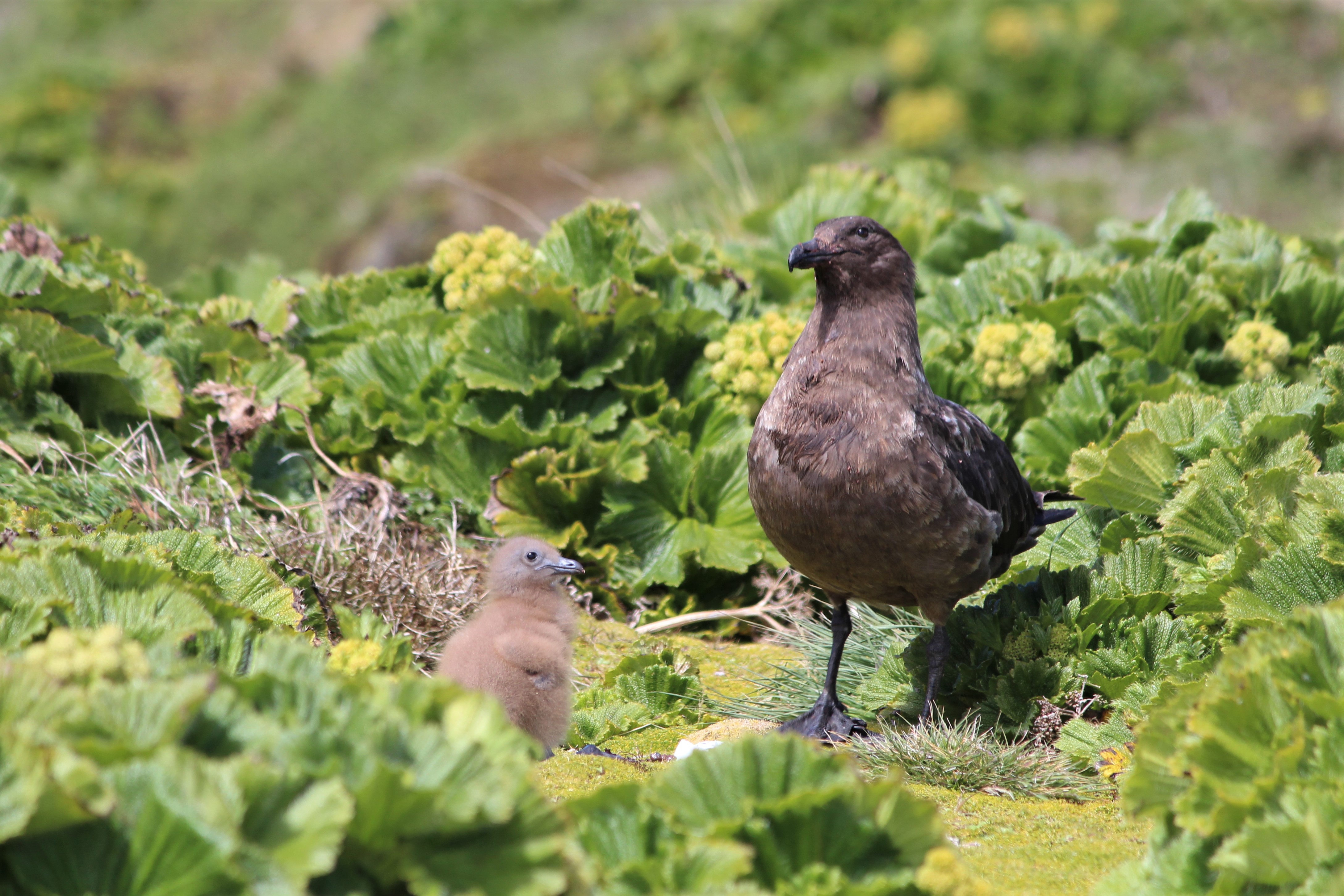 How the brown-skua, a top-native predator, is responding to rabbit eradication on Macquarie Island

When invasive cats, rabbits, black rats and house mice were successfully eradicated on remote sub-Antarctic Macquarie Island by Tasmania’s DPIPWE and the Australian Antarctic Division a decade ago, the species and habitats responded in in different ways.

The expectation is that the island’s biodiversity will bounce back and monitoring is showing that many species are, but the outcomes of the eradication can’t be easily predicted for all species. For example, one species for which there was uncertainty about its response to eradication was a native predator, the brown skua. Eradication removed one of its main prey resources, rabbits, and over 500 skuas were incidentally killed by eating poisoned rabbit carcasses. 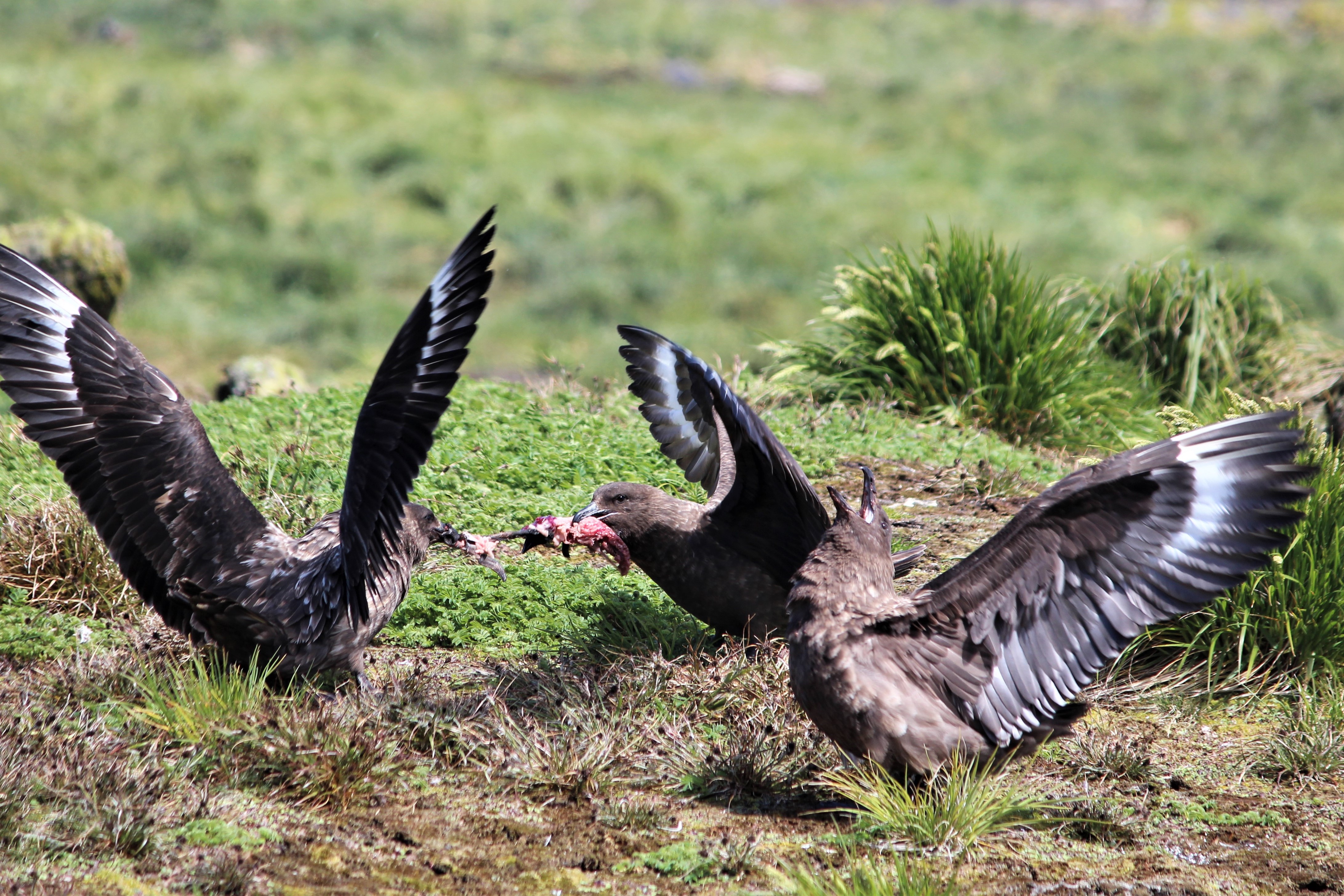 We examined how the eradication has affected the brown skua, through prey loss and secondary poisoning, as well as the risk of increased predation pressure of skuas on native prey species after the eradication.

On many sub-Antarctic islands, these large, gull-like seabirds hunt and scavenge like hawks or eagles. As a top-order predator, skuas play an important role in structuring prey populations, with flow-on effects for the broader ecosystem.

Rabbits had been on Macquarie Island for over 140 years, and had become an important part of the Brown Skua’s diet during their breeding season. Skuas often worked in pairs to unearth rabbit burrows and capture rabbit kittens or fly at full speed into rabbits to knock them off their feet prior to killing them.

Prior to the eradication, Macquarie Island’s skua population was assumed to be overinflated by the abundance of rabbit prey, however this may not necessarily have been the case.

When sealers first arrived on Macquarie Island, bringing cats, rodents and rabbits with them, burrowing petrels and other seabird populations on the island were decimated. So rabbits were likely to have replaced seabirds in skua diet, and this would have maintained rather than inflated skua numbers.

Skua breeding success also dropped from an average of one chick per nest to less than one chick every two nests. This was due to prey-loss in some areas of the island but, in other areas, secondary poisoning of skuas that had scavenged dead rabbit carcasses after baiting had a greater impact on breeding numbers.

We also found that, in the absence of rabbit prey, penguins became the primary prey item for nearly all skuas on the island – so those nesting close to penguin colonies have higher breeding success than those nesting far from penguin colonies. Historically, penguins have always been an important component of skua diet and there is no expectation that predation from the reduced Brown Skua population would have a significant population-level impact for penguins on Macquarie Island. For example, one species of penguin on Macquarie Island, the endemic Royal Penguin, has a breeding population in excess of 1.5 million individuals. 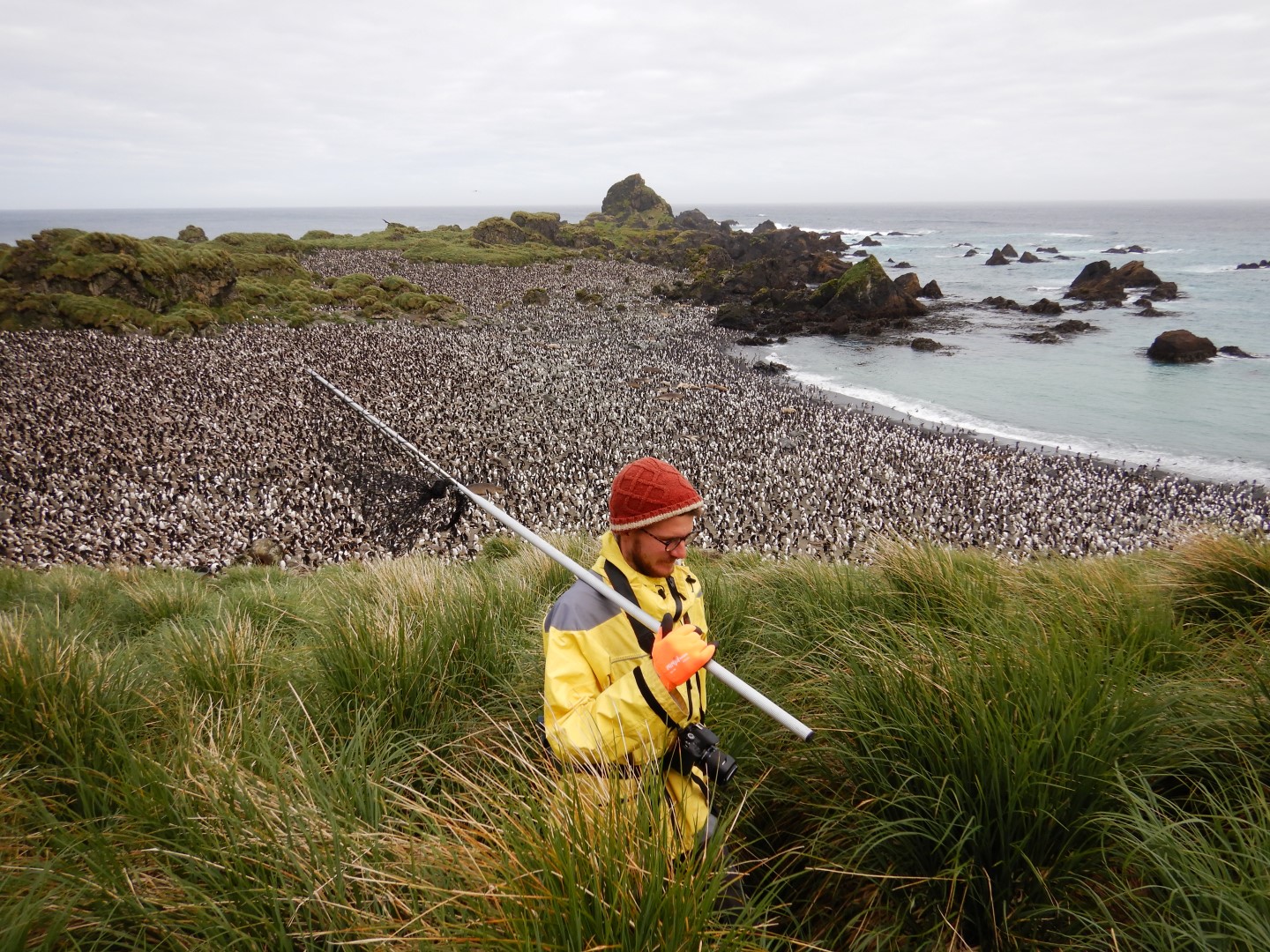 A decline in skua numbers following the rabbit eradication was expected but the scale of the decline was unknown. Our study has quantified the impact showing that it was quite substantial in the short term, however, skuas are showing strong signs of a recovery.

Monitoring ecosystem responses following the eradication is informing the future management of Macquarie Island and also provides important insights that can be applied in the planning of other island eradication projects. 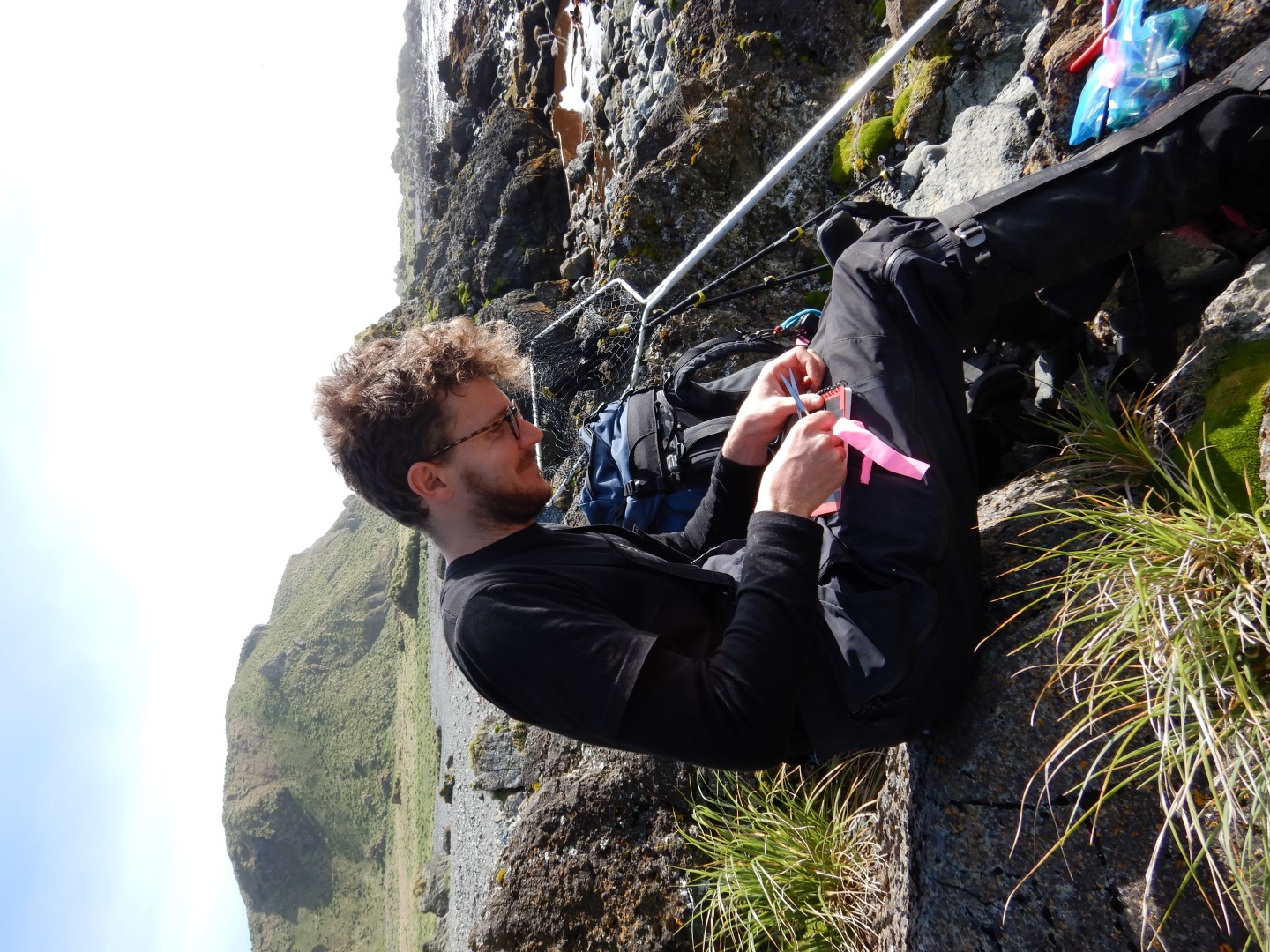 For other eradication projects, if severe prey deficits or slow recovery of native prey are predicted to occur, these may need to be bolstered by additional management actions such as supplementary feeding programs, breeding programs and translocating native prey to support ecosystem restoration.