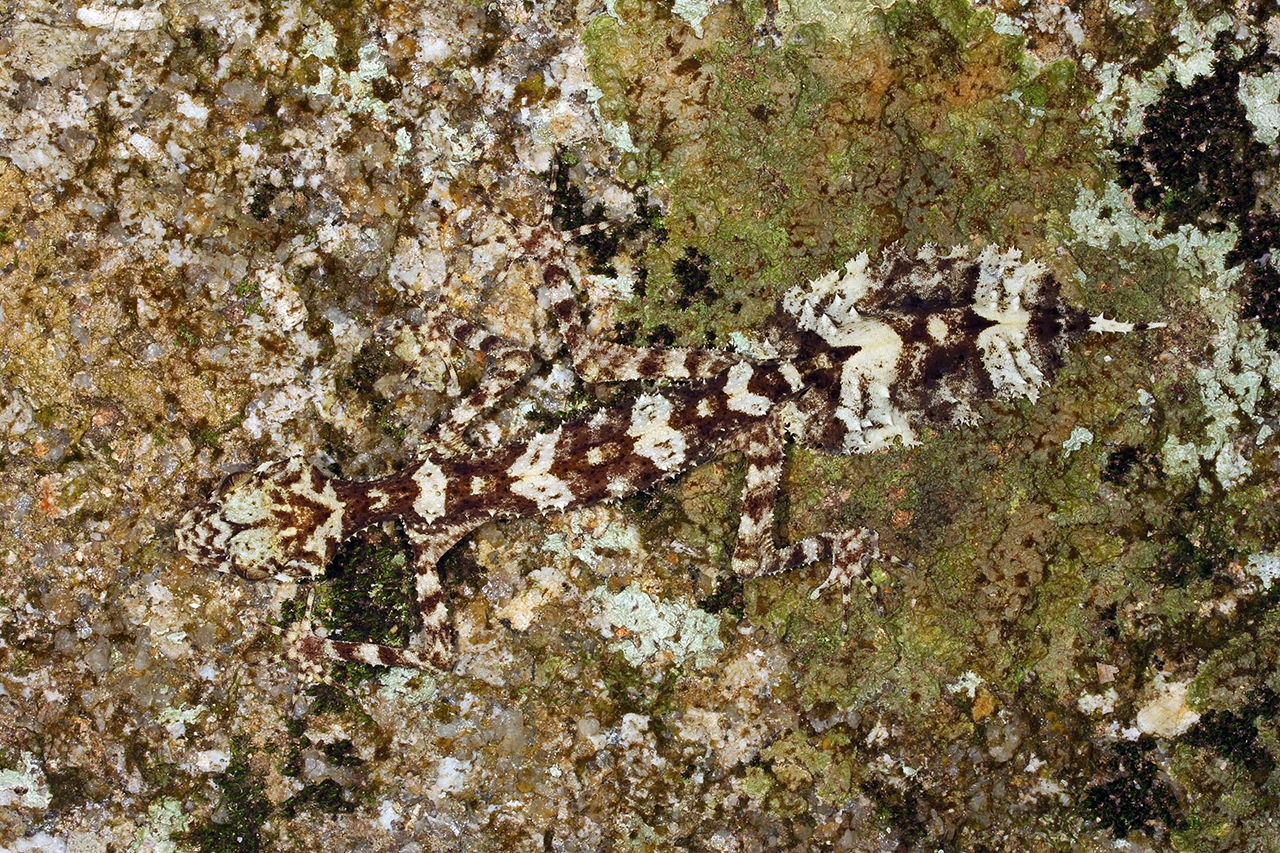 Aussie icons at risk: Scientists name 20 snakes and lizards on path to extinction

Australia has more reptile species than any other country; we are home to about 10% of the world’s species.

Research published today in Pacific Conservation Biology has highlighted that many of these uniquely Australian species are under threat.

The research team included 27 reptile specialists from universities, government agencies, zoos and museums across the country.

Australia’s most imperilled reptile is the Victoria grassland earless dragon, which was once fairly common in grasslands west of Melbourne but has not been recorded since 1969.

More than half (11) of the imperilled snake and lizard species are found in Queensland.

Western Australia has three species on the list, two are from Christmas Island, and the Australian Capital Territory, the Northern Territory, Victoria and New South Wales each have one species.

Lead author, Charles Darwin University Researcher Hayley Geyle, said the conservation of Australian reptiles has received a lot less attention than birds or mammals, but this needs to change if we are to prevent extinctions.

“This research helps to prevent extinctions. By identifying the species at most risk we aim to give governments, conservation groups and the community time to implement emergency conservation actions before it is too late,”Ms Geyle said.

“Invasive plant and animal species are the most common threats to imperilled snakes and lizards, followed by agriculture, altered fire regimes and climate change.

“Although most of the species we identified were historically more widespread, each now occurs in a relatively small area. This makes them vulnerable to extinctions caused by single catastrophic events, such as a large fire.”

Australian reptile expert Associate Professor David Chapple from the School of Biological Sciences at Monash University, who is a co-author of the study, said there have been widespread declines of Australian reptiles over recent decades.

“A lack of monitoring is another problem hampering reptile conservation; without adequate monitoring species can slip to extinction without it being noticed,” Chapple said.

“Undetected extinctions are likely to have already taken place.

“New Australian reptile species are still being uncovered by scientists, and at the point that we discover them many are already close to extinction. 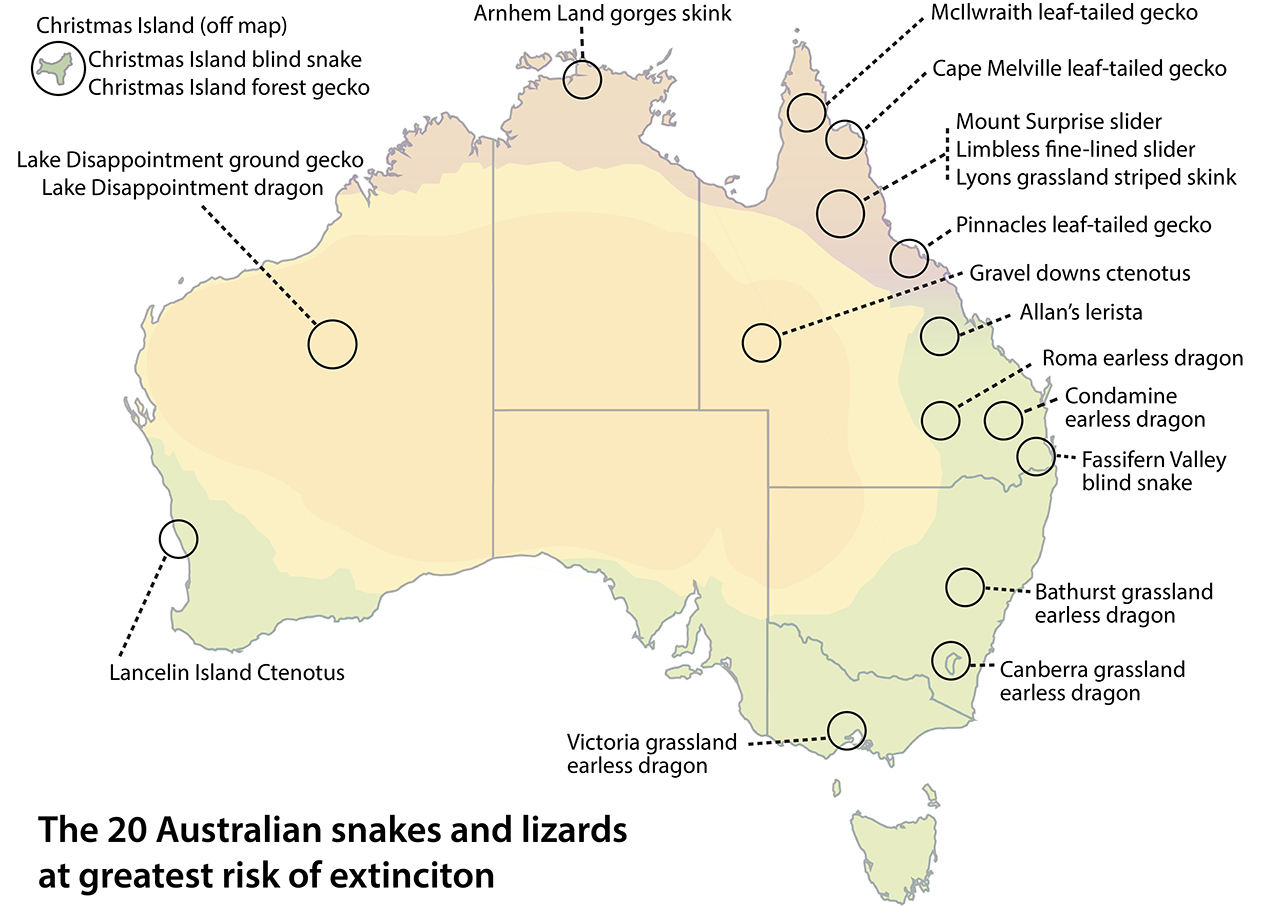 The locations of the top 20 Australian lizards and snakes at risk of extinction. Map: Threatened Species Recovery Hub

Professor John Woinarski from Charles Darwin University, is a co-author of the study and a member of the Australian Government’s Wildlife and threatened species bushfire recovery Expert Panel.

“At least 23 Australian reptile species were substantially affected by the 2019-20 bushfires, including five considered in this study,” Professor Woinarski said

“It is still too early to determine the short- and long-term impacts of the fires for individual species, but it has probably pushed some closer to extinction.”

The study is part of a broader project by the Australian Government’s National Environmental Science Program to identify the Australian plants and animals at most risk of extinction.

Australia’s most imperilled birds and mammals were identified in 2018, which has led to new survey and conservation efforts for many of those species by government and non-government groups. 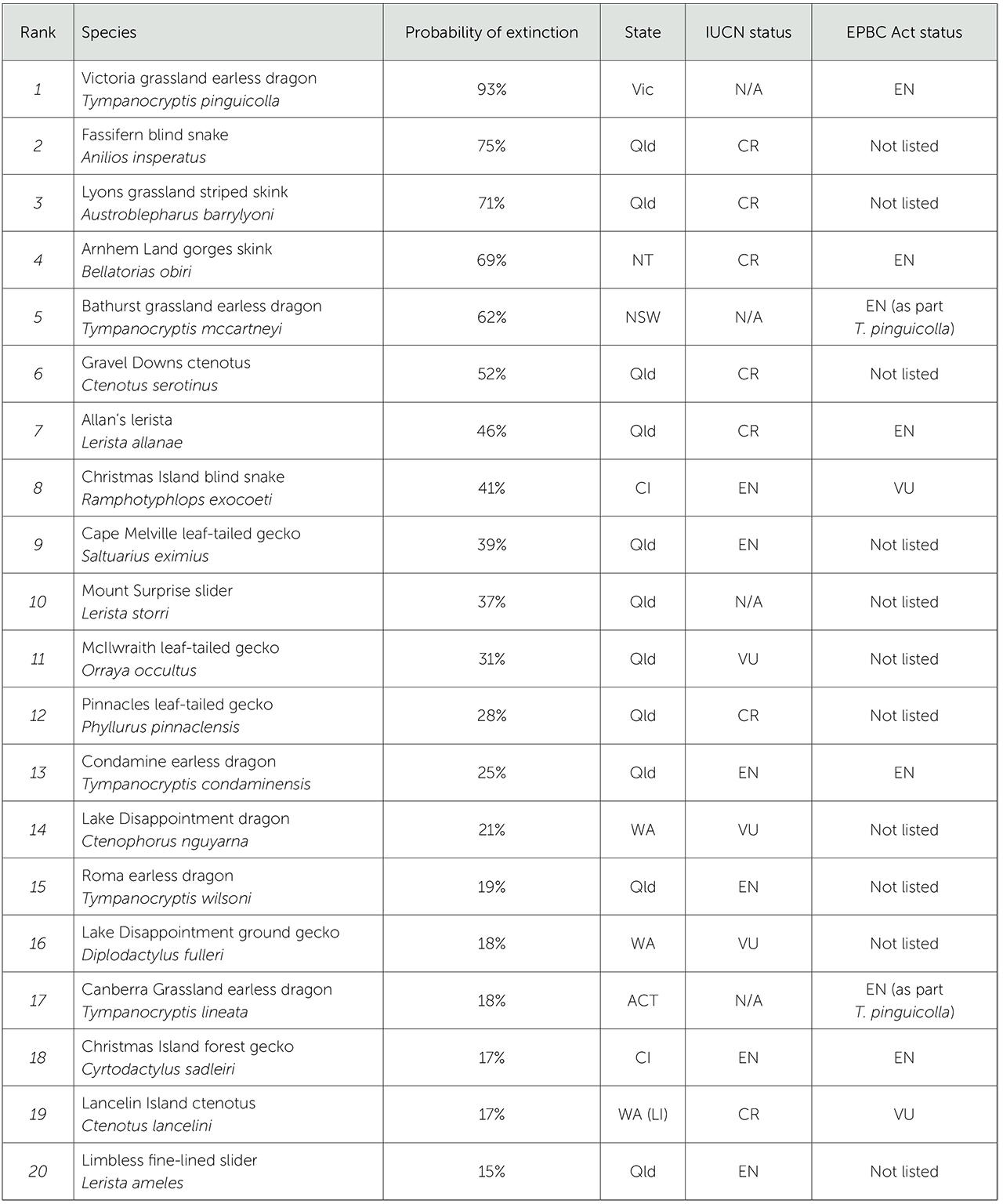 The 20 Australian snakes and lizards at greatest risk of extinction, the probability of their extinctions by 2040, their state or territory and their conservation statuses according to internationally recognised criteria (IUCN Red List).