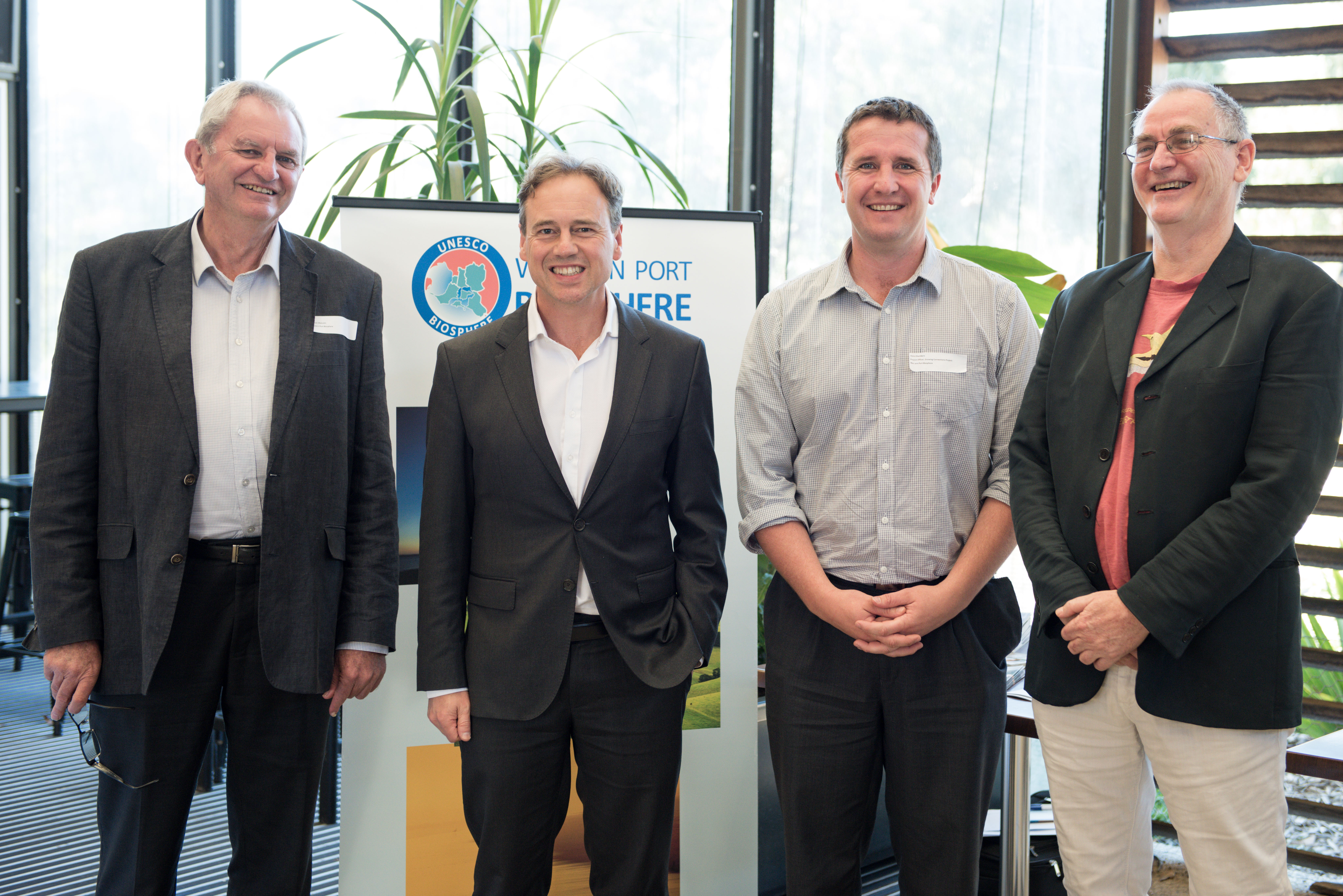 Thursday, 09 June 2016
After years of hard work and dedication, often for apparently little recognition or reward, sometimes communities need to get together to remind themselves of the reasons why they are doing what they do and why it’s so important.
Theme 2 leader Professor John Woinarski offered attendees of The Western Port Biosphere’s second annual Biodiversity Forum such a reminder during his keynote speech ‘Reflections on the ongoing loss of our nature, of life’ at the Royal Botanic Gardens Cranbourne.
Addressing an audience that included the Federal Minister for the Environment Greg Hunt, representatives from numerous local councils, park rangers, Landcare members and community groups, Professor Woinarski adopted a philosophical approach in his presentation, linking engagement with nature to the eternal human quest to decipher the world and our place within it.

“It’s about developing an affinity with the land we are living on, recognising our responsibility for the environment and for species that have been in this country for hundreds-of-thousands, if not millions of years,” Professor Woinarski said.
He presented and interpreted results from a series of monitoring studies conducted over the past three decades that reported the drastic reduction in many mammal species in remote northern Australia.
The reductions are particularly concerning given the low density of human populations in the region.

“These results reflect a continuing pattern of rapid and ongoing loss of Australia’s biodiversity.”
Professor Woinarski traced the ongoing loss of Australian mammal species since European settlement, which contrasts starkly with far fewer losses of mammal species in North America since colonisation.
“The rate of extinctions in Australia should not be seen as normal, or as an inevitable but minor cost of our country’s progress.
“The losses of our biodiversity have many causes, but for Australian mammals, most loss is due to predation by introduced cats and foxes.”
Professor Woinarski noted that most environmental problems were solvable, but that the solutions often required many parts.
“A fundamental component of the solution to the ongoing loss of our nature is that we should better value Australian life, else we risk spoiling the legacy that we leave to our descendants.”
He also argued the case for greater engagement with Indigenous communities – to learn more from their existing knowledge and environmental management skills and to appreciate more of their cultural values, amongst which include a recognition of the deep interconnection between all places.
Professor Woinarski stated, “We will not live well in this land until we better learn from Indigenous understanding of, and respect for, our environments.
“We can and should be more concerned about the welfare of our nature, and there is still time for us to make a difference.”