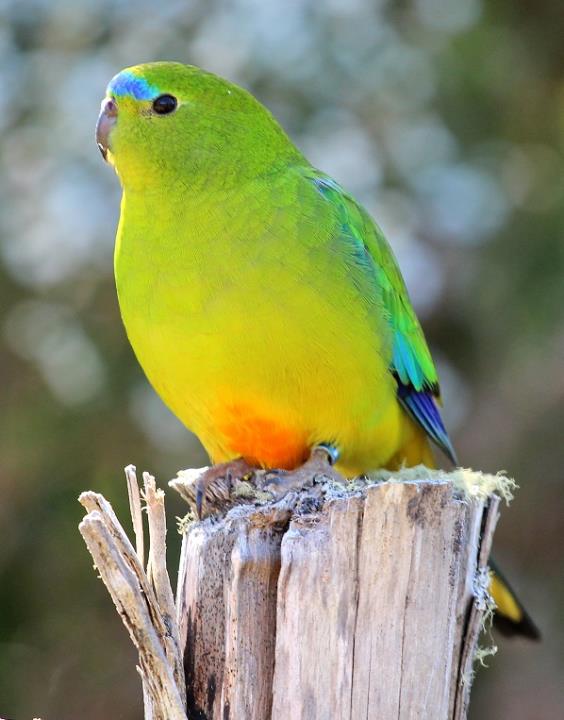 Three Tasmanian birds perch atop the list of Australia’s most threatened birds, as revealed by a TSR Hub team comprising researchers from Charles Darwin University and The University of Melbourne.

The research team is finalising the list of Australia’s most threatened birds and mammals through a combination of scientific modelling and the distillation of expert opinion – adopting a process proven to be more accurate than deferring to the judgement of a lone researcher.

“For each group we first analyse a suite of characteristics such as population size and trends, the intensity of the threatening processes and the size of the areas they occupy using three models – each of which emphasises different aspects of a species’ biology when predicting extinction,” Professor Garnett says.

“We can then confirm whether or not these models agree. If they don’t agree, we need to determine why.”

This is where expert opinion enters the equation. Threatened species experts are asked to estimate the likely risk of a particular species’ extinction and provide an indication of the confidence they hold in their estimate.

Where experts uncover discrepancies in their analysis, they are encouraged to debate those differences whilst collaborating on a final prediction.

“Modelling alone cannot always provide the answer, nor can expert opinion, but when combined we can reach the best answer attainable,” Professor Garnett says.

Protecting the Orange-bellied Parrot is already a key focus of another TSR Hub research project (Project 2.2), which aims to mitigate the threats faced by Tasmania’s hollow-nesting birds.

In addition to the species from Tasmania, one surprise inclusion on the list was a subspecies of Painted Buttonquail, which now inhabits only two small islands of the Houtman Abrolhos off the coast of Western Australia.

The Buttonquail population declined following the introduction of wallabies to one of the three islands that once formed the Buttonquails’ historical range, as the wallabies dramatically reduced the available vegetation.

“We were alerted to the plight of the Buttonquail by the Chair of the Western Australian Threatened Species Committee, Andrew Burbidge, and we shall do what we can to help him garner support for rapid action,” says Professor Garnett.

The research conducted forms part of the TSR Hub’s Project 2.1, which aims to provide direction to government agencies and non-government by alerting them to cases of imminent extinction.