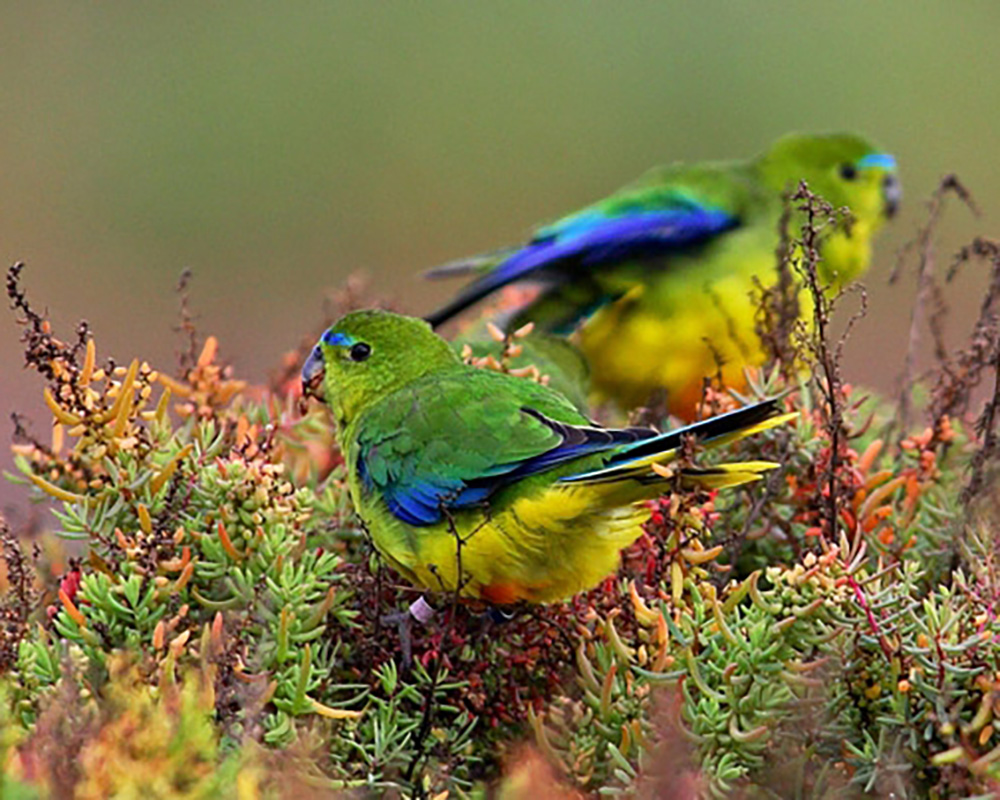 No surprises, no regrets: Identifying Australia's most imperilled animal species

It was only in 1929 that thylacines were first afforded any protection under legislation. Seven years later they were added to the list of protected wildlife, but the last known individual died that same year. The Christmas Island forest skink was first included on Australia’s list of threatened species in January 2014. Just four months later, the last known individual died. Both extinctions could almost certainly have been prevented if action had been taken earlier. The gnawing question ‘what if we had known earlier...?’ is a recurring theme of frustration and failure in much conservation biology – as it is in human experience generally. When recognition of the imminence of a serious and irretrievable loss is belated, opportunities for better outcomes are fatally lost.

The trajectory and timetable of species to extinction is at least partly predictable. To provide forewarnings, a TSR Hub project, is identifying the Australian animal species at greatest risk and estimating the likelihood that they will become extinct over the next 20-year period, if there is no change in current management. Our rationale is that if governments, managers and the community are aware of which species are most imperilled, they can take emergency care to seek to prevent such extinctions – to act before it is too late.

To some extent, the proximity of a species to extinction is already described by a species’ international, national or state/territory conservation status. Species listed as Critically Endangered are closer to the abyss than are species listed as Vulnerable, and even more so than the sadly dismissive category of Least Concern. However, many imperilled species have not yet had their conservation status formally assessed: the forest skink provides a valuable lesson that species not listed as threatened can still be at risk. Furthermore, the existing conservation status codings are broad categories and do not effectively indicate the amount of time managers may have to act.
Our starting point in this research was to assemble many experts and all relevant information for Australian birds and mammals. Based on this information, every expert was asked to rate the likelihood of extinction within 20 years for the most threatened species, and their degree of confidence in that assessment. Estimates were pooled across experts, with weighting by this confidence level. From this information, we ordered species by their likelihood of extinction, and then summed these estimates across species to derive estimates of the number of species likely to be become extinct in 20 years, assuming current management.


Our purpose is not to present a doomsday book of damned Australian nature, but rather to alert responsible agencies and the community of what will be lost if they do not act. And act soon, and act decisively.

But our results (published in Pacific Conservation Biology) are disconcerting. We are predicting that the extinction rate for birds and mammals will be higher than at any other time since European settlement of Australia: we expect seven mammal and ten bird taxa will disappear in the next two decades.

Many of the most imperilled species (see table) are poorly known and have previously received little public attention or conservation investment. Happily, Birdlife Australia is now campaigning for some of these uncharismatic but much-troubled birds (more info).

Perhaps unexpectedly, given the higher recent rate of extinctions of Australian mammals than of birds, our assessment found that extinction was looming larger for the most imperilled birds than for mammals. This may be because many of the most imperilled mammals have had some recent reprieves through translocations to predator exclosures and cat-free islands.


One feature of the project to date has been the cooperative involvement of managers and experts from Australian, state and territory agencies, and conservation organisations. This involvement has given the process and results considerable traction among government agencies and NGOs.

The project rolls on. Recently, we repeated the process for the most imperilled fish, under the guidance of and in collaboration with the Australian Society for Fish Biology. Those results were fascinating and of serious concern. Many of the native fish species considered are not yet listed as threatened under Australian or state legislation, but the experts generally rated them as at greater risk of extinction than most listed threatened bird and mammal species.

Further assessments are now being conducted or are proposed for many other animal groups. 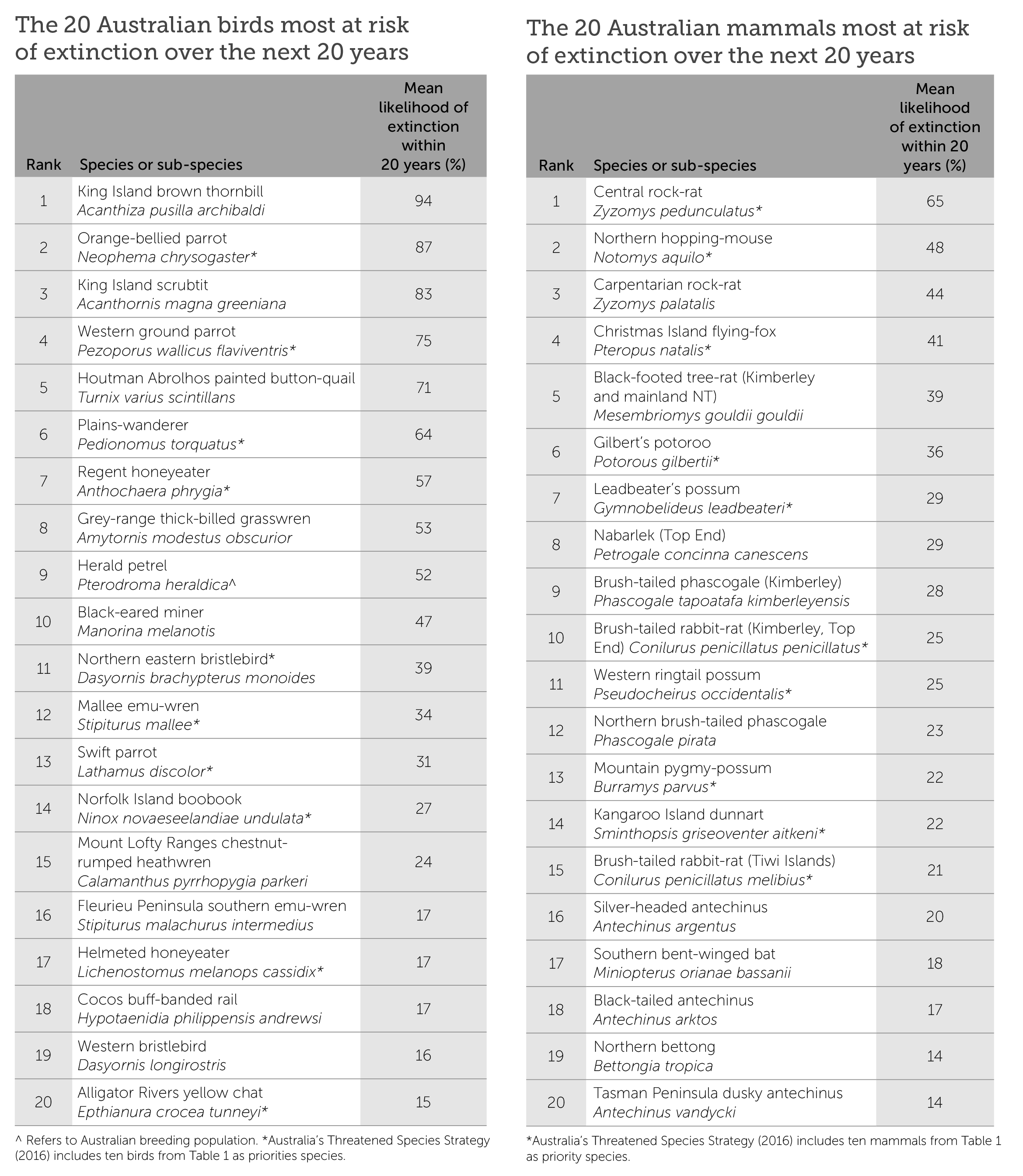