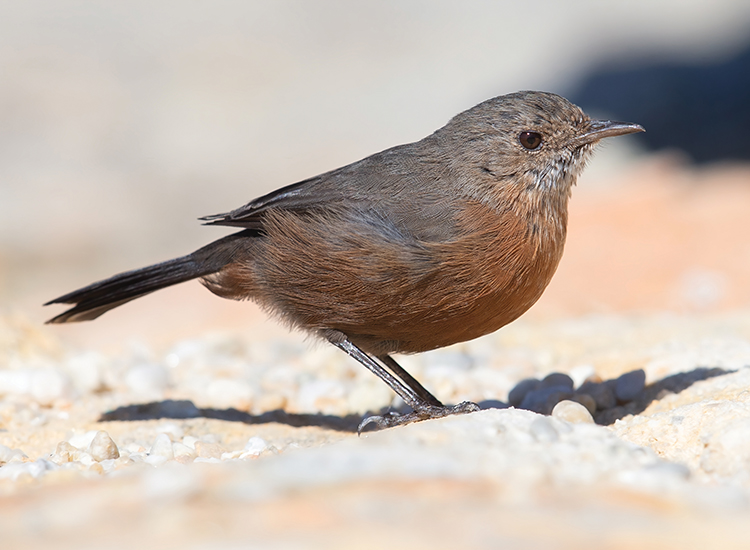 Professor Stephen Garnett of Charles Darwin University walks us through how listing works to afford legal protection to species newly at risk of extinction.

Such was the scale of the 2019–20 fires that many species thought secure suddenly lost a significant amount of their population – burnt in the flames or dying of starvation in the immediate aftermath. Species never thought of as being under threat because Great Dividing Range forests are so extensive suddenly and unexpectedly met criteria for listing as threatened under the globally recognised International Union for the Conservation of Nature (IUCN) Red List. These criteria underpin most threatened species lists, including those of Australia’s Environment Protection and Biodiversity Conservation Act 1999 (the EPBC Act).

Of the IUCN criteria, only one, the proportion of the population lost, was particularly relevant following the fires. Species can be listed if they are thought to have lost 30% or more of their pre-fire population. For some species, like the gang-gang cockatoo, the fires have exacerbated existing declines, pushing their historical losses over the 30% threshold.

Other IUCN criteria are for species with small ranges (occupying <2000 km2), already having small populations (<10,000 mature individuals) or for which there are high-quality population models and ongoing decline. Many species meeting these other criteria had already been listed, or else there were simply inadequate data to create models.

Even when species now meet numerical thresholds, the criteria require evidence of continuing decline. While this requirement will likely lead to future listing for many freshwater fish species, for example, which will suffer for many years from sediment washed from bare catchments by the rains that doused the fires, for many other species population recoveries will begin immediately. 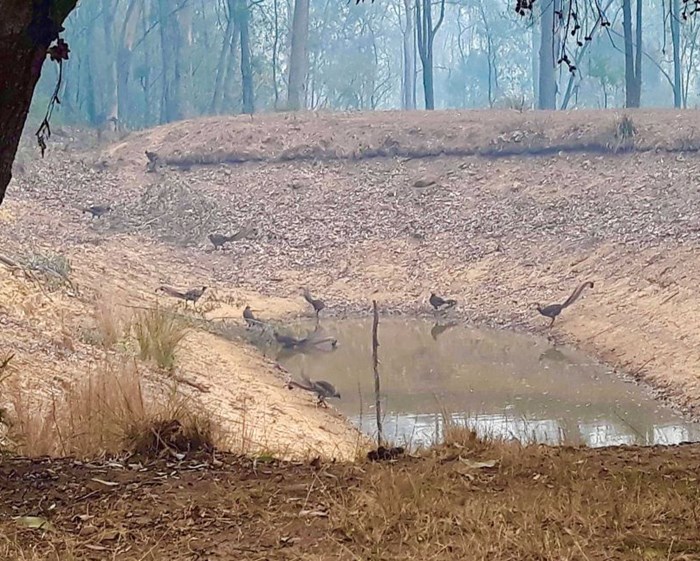 Out of the ashes

We made our initial assessments of population loss simply on the area of the fires, based on distributional records laid over fire scars. Where possible, we augmented fire scar information with vegetation modelling that allowed percentage loss to be estimated from the proportion of a species’ habitat that had been incinerated.

However, while the post-fire debris evidenced devastating mortality, estimates of fire intensity are also necessary to estimate the percentage of population loss. In some places this was extreme – a combination of intense drought and fire weather caused unprecedented conflagrations of heavy fuel loads in once damp creek lines. But many species that live in highly flammable eucalypt woodlands have evolved to escape fires and find food among the ashes until their habitat recovers. Remarkable images of lyrebirds, which are usually solitary birds, clustered around a farm dam showed well practised bushfire survival strategies. Also, accidents of fire weather and geography left some patches unburnt or merely singed, so that scorched landscapes were sprinkled with isolated spaces for recovery that went undetected by the coarse satellite maps used to assess initial damage.

The last calculations of area and fire intensity are underway. From this we will finalise the numbers of species warranting listing and protection. This listing may not be needed for long for some species as their populations recover to previous levels, but legal protection may well help while they recover, especially for those that respond more slowly.

Listing the species at greatest risk may seem a small step on the road to recovery, but legislative acknowledgement of extinction risk can be key to preventing accidental loss of critical habitat and the lucky survivors.

Post-wildfire management actions for fauna: a survey of Australian conservation practitioners and managers