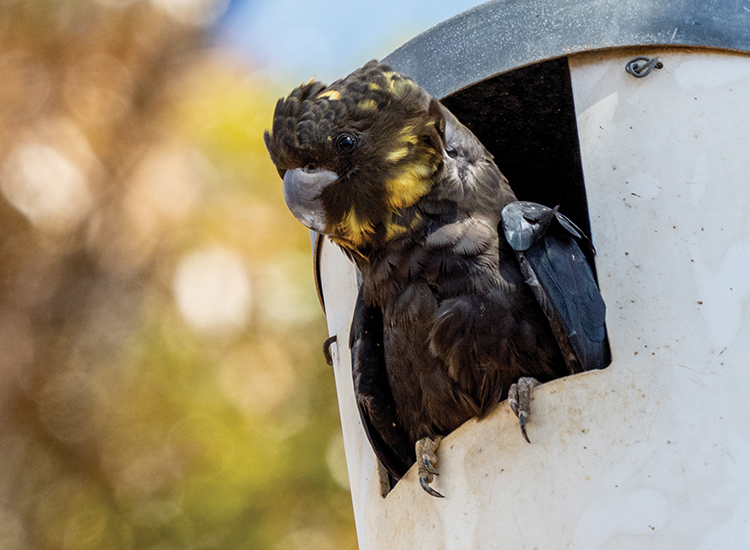 Prioritising action for animal species after the fires

The 2019–20 bushfires burnt over 12 million hectares of south-eastern and south-western Australia, causing abrupt losses of biodiversity at a scale never seen before. Over a billion animals were estimated to have died, but the figure is likely much higher. The Australian Government’s Wildlife and Threatened Species Bushfire Recovery Expert Panel is guiding the work of prioritising species and ecological communities for emergency interventions and determining what those actions should be. Hub Deputy Director and Expert Panel member Professor Sarah Legge takes us though the hows and whys of this prioritisation, and some of its challenges.

Conservation scientists and managers have never experienced anything like these wildfires before, and no precedent existed for designing and implementing a response. The crisis elicited extraordinary and immediate cooperation among governments, NGOs, community groups, universities and carer groups, aiming to reduce post-fire mortality and suffering, and support population recovery. 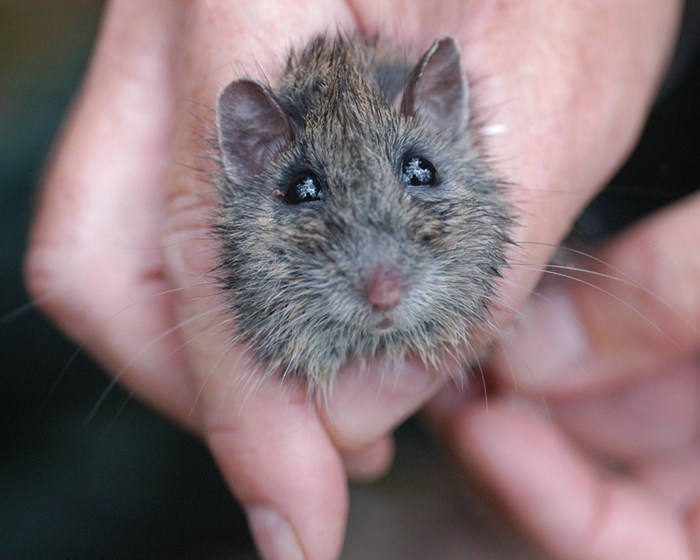 Between 50 and 80% of the range of the Hastings River mouse (Pseudomys oralis) was affected by fire. Image: Doug Beckers CC BY-SA 2.0 Wikimedia Commons

In mid-January, the Threatened Species Commissioner convened an Expert Panel to guide the national response to fire-affected species, ecological communities, natural assets and their Indigenous cultural values. The panel produced the first priority list three weeks later, after an assessment of all fire-affected vertebrates, nationally listed terrestrial invertebrates and spiny crayfish (with these two invertebrate groups included because information was readily available). Expert Panel members, who include hub members, collaborated with many other experts, Birdlife Australia and staff from the Australian Government to develop this list.

In assessing vertebrates and spiny crayfish, we considered all species, not just those already listed as threatened. This was because while the fires have worsened the predicament for some threatened species, others that were previously secure may have been so heavily impacted that they also now face extinction risks. We assessed all listed species with distributions that overlapped with fire by at least 10% and all unlisted species whose distributions overlapped with fire by at least 30%. This resulted in an assessment list of over 220 species.

To assess relative impacts across these species, we considered three questions:

1. How threatened was the species before the bushfires? Species that already faced a high risk of extinction may have been brought to the brink. As a proxy to identify these species, we used threatened species lists from Australia’s Environment Protection and Biodiversity Conservation Act 1999 as well as the IUCN Red List of Threatened Species.

2. How much of the species’ distribution was burnt? The more of a species’ range that was burnt, the greater the risks. Staff from the Department of Agriculture, Water and the Environment and BirdLife Australia used national fire maps, and combinations of distribution models, distribution maps and observation records to generate figures. The task was especially tricky for fish, which can be affected by ash and sediment from fires many kilometres upstream. To account for this, we considered the incidence of fire in catchments upstream of each species, as well as the fire overlap with their distribution.

3. Does the species have physical, behavioural or other characteristics that make it more susceptible to impacts during or after fire? Not all species are affected by fire in the same way. For example, highly mobile species like white-throated needletails are more able to flee a fire front than most ground-living animals. Wombats sheltering in deep burrows are more likely to survive a fire event than long-footed potoroos sheltering under vegetation.

Animals that survive the fire itself can still die in the fire aftermath, from starvation, predation and exposure, and some characteristics make species more or less vulnerable to these fates. For example, species with specialised diets like the Kangaroo Island glossy black-cockatoo are more likely to starve post-fire than less fussy eaters. We gathered information on characteristics that affect the risk of fire and post-fire mortality from the literature and experts to rank species within taxonomic groups according to their relative susceptibility to fire.

Our assessment identified 119 species (23 reptiles, 16 frogs, 17 birds, 20 mammals, 5 invertebrates, 22 crayfish and 16 fish) as highest priority for management intervention. Species that were highly threatened before the fire, and have distributions that were substantially burnt, were ranked high priority regardless of their trait assessment. But for other species that were either less threatened before the fire, and/or whose distributions were less impacted by fires, the trait assessments came into play. For example, unlisted species including pilotbirds and red-browed treecreepers were prioritised ahead of the nationally Vulnerable white-throated needletail, partly because the latter has traits that make it much less susceptible to fire impacts. 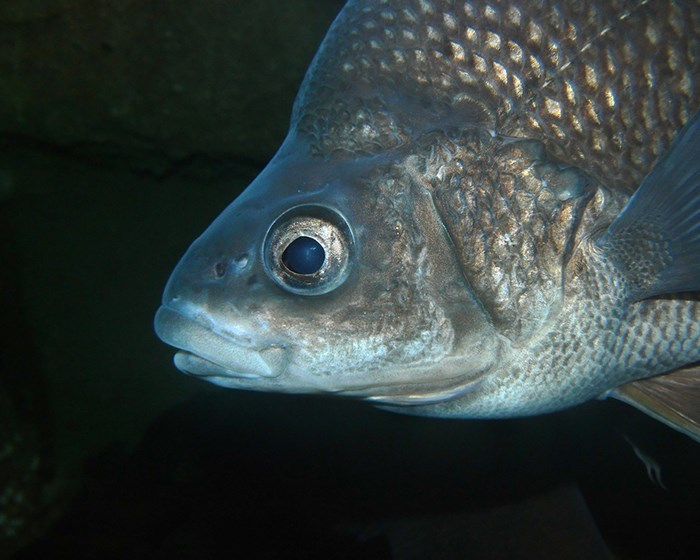 The Endangered Macquarie perch is one of the priority fish species identified as having over 50% of its range affected by fire or post-fire sedimentation events. Image: BenjaminT444 CC BY-SA 3.0 Wikimedia Commons

A roadmap for the future

The assessment of species characteristics also flagged the emergency actions that could help priority species. For example, herbivorous species or species sensitive to post-fire habitat degradation by introduced herbivores (e.g., the northern corroboree frog), often need actions to remove pests like goats, deer and horses. Fish species with small distributions, like stocky galaxias, which could die from sediment slugs coming down their waterways in the days or weeks after fire, were collected and brought into captivity. An insurance population of eastern bristlebirds was flown out of Mallacoota by helicopter as flames approached the town. For very rare species that are prone to post-fire predation (e.g., the western ground parrot), controlling introduced predators becomes critical.

These initial prioritisations can and will be further refined and updated, as we understand more about the variation in fire severity across the burnt areas, and as field data on population survival begins to come in. Hopefully, some species have done better than expected, and we will understand why, which will help shape our responses in the future. Alternatively, and less happily, further information may indicate that some species have been more affected than our initial assessment has indicated.

In the effort to respond rapidly to the bushfires, shortcomings in fundamental data have become apparent. For example, compiling a national map of burnt areas was difficult work and had to draw on several data sources; and both distribution information and monitoring data for many species is scattered across databases, and is of variable and sometimes poor quality. A key task will be identifying the impediments to an effective rapid response so that we can quickly and confidently respond to future natural disasters. 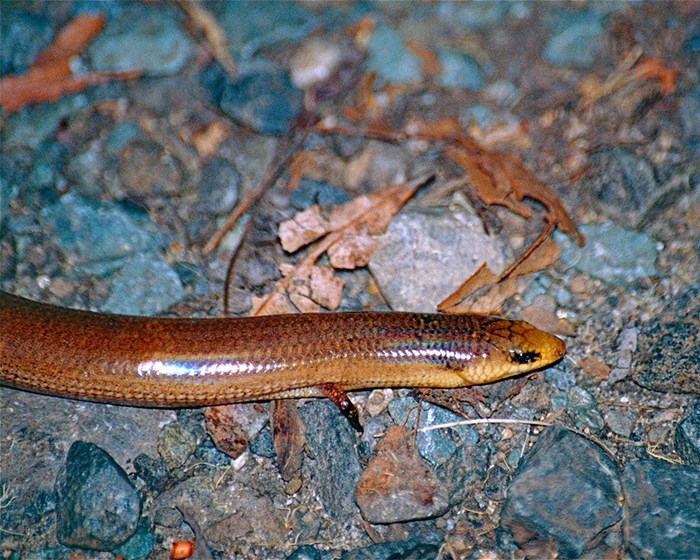