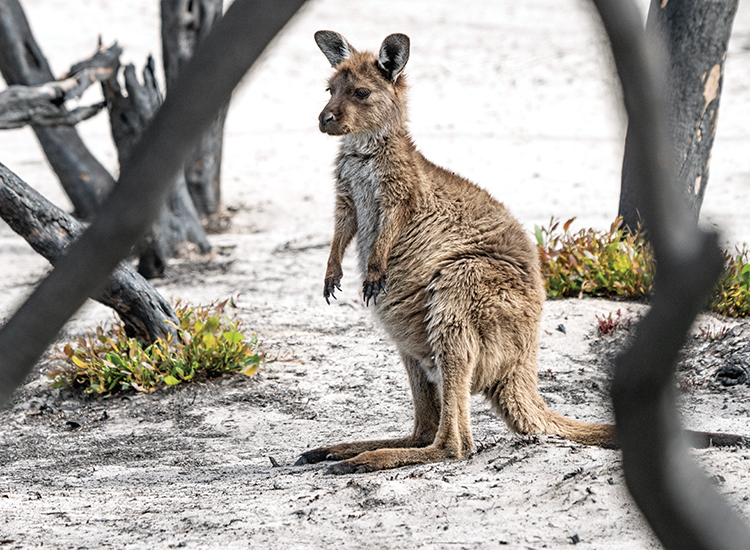 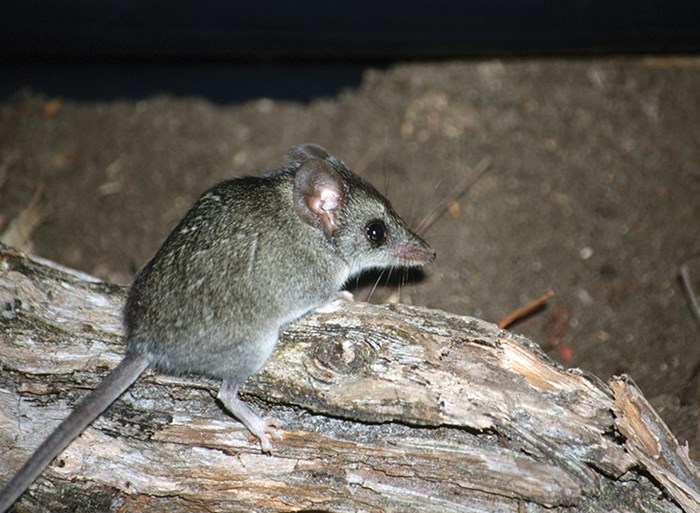 Impacts to koalas were very visible in media coverage of the bushfires, but some other mammal species were even harder hit, such as the Kangaroo Island dunnart with an estimated 95% of its known distribution burnt.

Some characteristics mark the mammal species most affected. Those with small distributional ranges (such as the silver-headed antechinus and long-footed potoroo) may readily lose much of their population to single catastrophic events. Even species with large home ranges, such as spotted-tailed quolls, can be very affected when unburnt patches are too small for survivors to be able to repopulate. Many Australian mammals, such as greater gliders, also have very low reproductive rates, so recovery may not happen before the next large fire.

Specialised resource needs are another vulnerability: the golden-tipped bat roosts mainly in the domed nests of a few bird species in the understorey, which are not likely to reappear for several years. Many mammals require tree hollows for breeding and denning. Fire reduces the number of hollows, and post-fire regrowth may not provide suitable hollows for at least 100 years.

Many, like the smoky mouse, are likely to be killed by introduced predators after fire; while others, like broad-toothed rats, need unburnt vegetation, but this may be degraded by introduced herbivores.

Given these susceptibilities, a variety of management responses is needed, depending upon the species and landscape setting. Control of introduced predators (cats and foxes) and herbivores will be critical, as will enhancement of habitat, for example, by establishing nest boxes, safeguarding unburnt patches and carefully nurturing recovery of burnt vegetation. 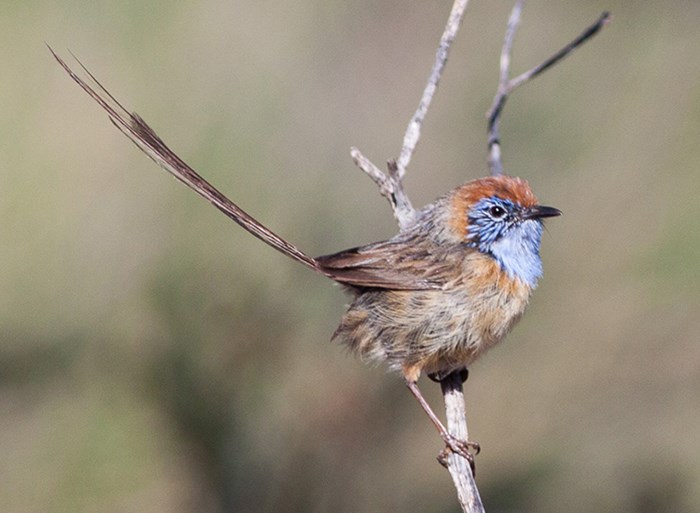 That birds have wings should mean they can readily escape fires. And some do, even species that are not strong fliers. Following the fires on Kangaroo Island, a survey team found extraordinary densities of emu-wrens and western whipbirds in tiny pockets of habitat spared by the fire, refugees from the scorched woodland. Unfortunately, successful refugees are the minority given the heat and extent of last summer’s intense fires. While mobility helps some birds, the characteristics affecting recovery of species will include the number of offspring they raise per year, whether they nest in tree hollows (as there may be a shortage of these), how far young birds disperse (as that affects how quickly they can fill recovering habitat), and the sensitivity of the habitat the birds need to fire (were plants killed or is fire-damaged vegetation resprouting?).

Post-fire research and management will focus on recovery. While in a few places marked birds will allow estimates of individual survival, most research will be about the speed and circumstances under which populations return to their previous densities. How quickly do birds identify recovering habitat as suitable? What features make it so – habitat structure, food availability or nesting opportunities? Where have the recovering populations come from – close by or far away? What is necessary for recovering habitat – nest hollow erection, predator control or active management of vegetation features? Most management is likely to be passive – with the fires an opportunity to assess recovery – but it will provide a basis for the inevitable next time. 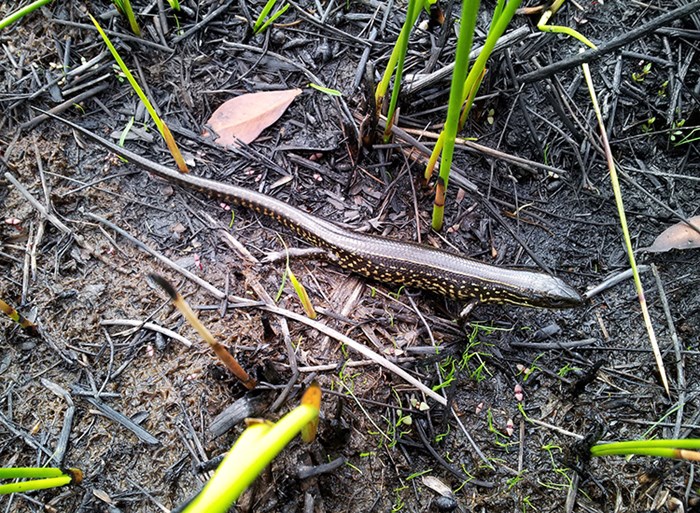 The Kaputar skink occurs across 11,000 hectares of the Nandewar Ranges of New South Wales, and nowhere else. As the ranges burned, destroying more than 60% of its known habitat, fears grew for it. Likewise for Kate’s leaf tail gecko, known only from a few sites in northern New South Wales, all of which burned. The Blue Mountains water skink drew attention because populations were already in marked decline before the fires and the fires would further exacerbate this.

The reptiles considered most likely to be nearing extinction and requiring urgent management intervention due to the fires are often, like these three, narrowly distributed and, in many cases, already imperilled. However, fire does not affect all species equally. Some can survive fires, for instance, smaller lizards sheltering in tiny crevices, while species occurring in vegetation types that burn more often probably have adaptations to fire. In the immediate and more barren post-fire landscape, species that generally use the shelter of leaf litter or vegetation are likely to be at greater risk from predators, while reptiles that dwell under rocks or in burrows might be better able to persist. Interventions to stave off extinction for reptiles post-fire will vary depending on the species, but often include control of invasive predators and herbivores. 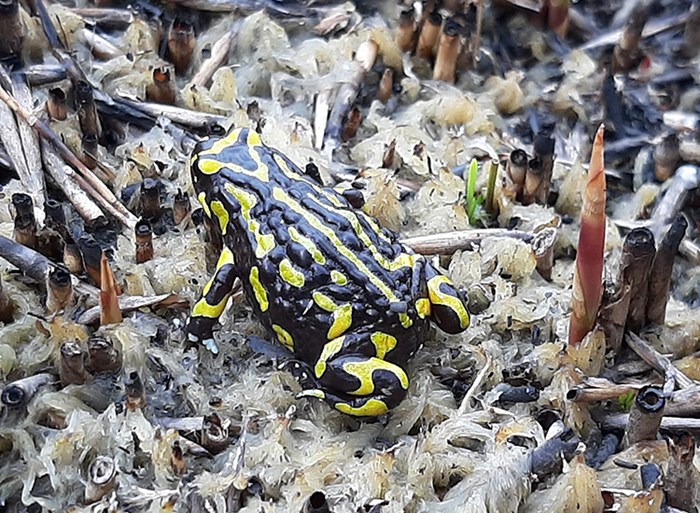 Australia has around 240 frog species, with most found along the east coast and ranges. Although rarely seen, frogs are vital to many ecosystems. The 16 frog species found to be most impacted by the fires occupy diverse habitats: rainforest, snow country, woodlands and dry forest.

The most severely impacted frog species share two key characteristics. First, all but one was already listed as threatened (IUCN Red List) – with disease, habitat loss and climate change all drivers of decline. Due to their pre-existing small population size, any reduction in survival is likely to reduce population viability. Second was small ranges. For example, several of the mountain frogs (genus Philoria) are restricted to remnant rainforest patches on mountain tops. For these species, the fires are likely to have affected a high proportion of their range.

We now have an opportunity to study frog responses to fire and close gaps in our knowledge. Also integral to management will be resolving taxonomic uncertainty. For example, several of the assessed species are thought to contain populations that may be separate species. 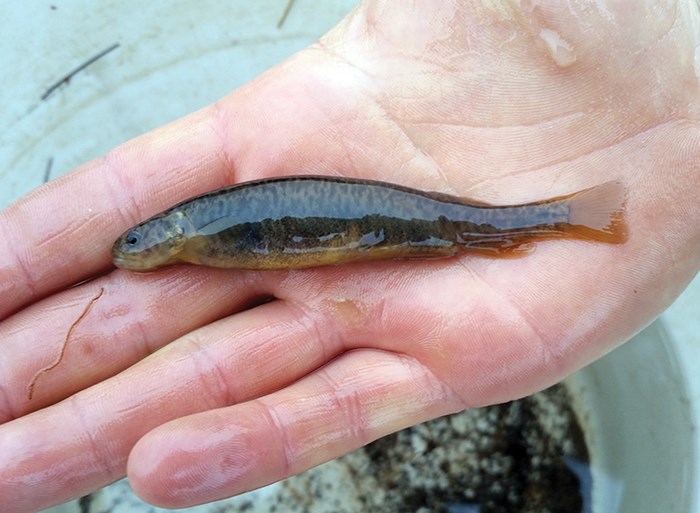 Stocky galaxias, one of the fish species rescued during the fires. Iamge: H. Allan

Freshwater fish are largely protected from flames and radiant heat, although in very small, shallow streams they can be impacted. However, fish are severely affected by post-fire rainfall. Fire removes vegetative ground cover so that subsequent rainfall can wash ash and sediment into streams. This clogs fish gills and smothers food, spawning and refuge sites, and can rapidly fill pools. Combined with the loss of overhanging vegetation this leaves fish more vulnerable to predators (other fish and birds) and to increased water temperatures.

After intense rainfall, ash and sediment move rapidly, and have been documented causing fish mortality for up to 80 km downstream. Many fish were already suffering reduced populations and distributions from the prolonged drought. Already threatened species with any of the following features have an increased risk from fire impacts: very restricted distributions; lay eggs on the base of the stream; depend on insects falling into the waterways from overhanging vegetation for food; are short-lived; or breed only annually.

Most threatened fish cannot simply move away from fire-affected areas, so monitoring the impacts of fires and recovery of populations and habitat is critical. No knowledge exists of captive-breeding requirements for most fish “rescued” during fires. Such investigationinto breeding requirements will be  essential to post-fire recovery. 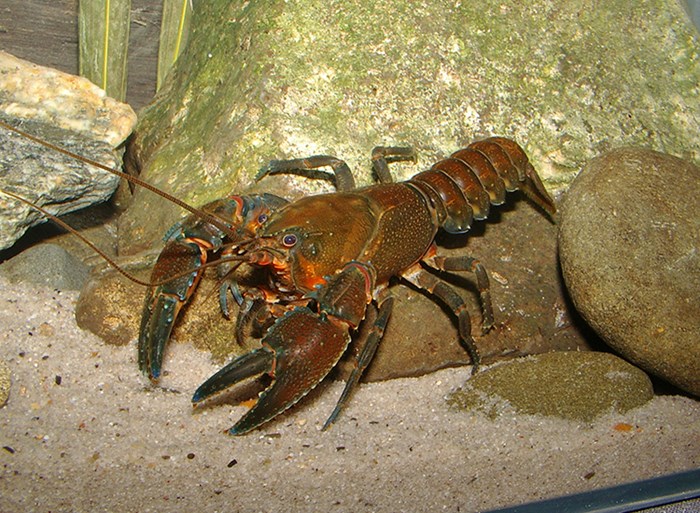 Freshwater crayfish are inconspicuous casualties of the bushfires. Their aquatic environments and burrows are deceptively unsafe; post-fire impacts can be severe for days, months and even years. As with freshwater fish, rainfall events soon after fire can be perilous. Additionally, many freshwater crayfish, including those from the Euastacus genus of spiny crayfish, are already threatened and possess distinctive traits – small home ranges, limited dispersal, slow growth and low egg production – that make them inherently ill-equipped to recover. Twenty-two Euastacus species (almost 40% of all known members of the genus) are considered to need urgent management intervention following the bushfires. This includes gathering knowledge about ranges, identifying remnant populations and assessing the feasibility of conservation translocations. Without such actions, many spiny crayfish species will be pushed closer to extinction, and some may be lost.

Population responses to fires of varying severity for priority vertebrate and spiny crayfish species, and the extent to which management actions support recovery
TSR Hub