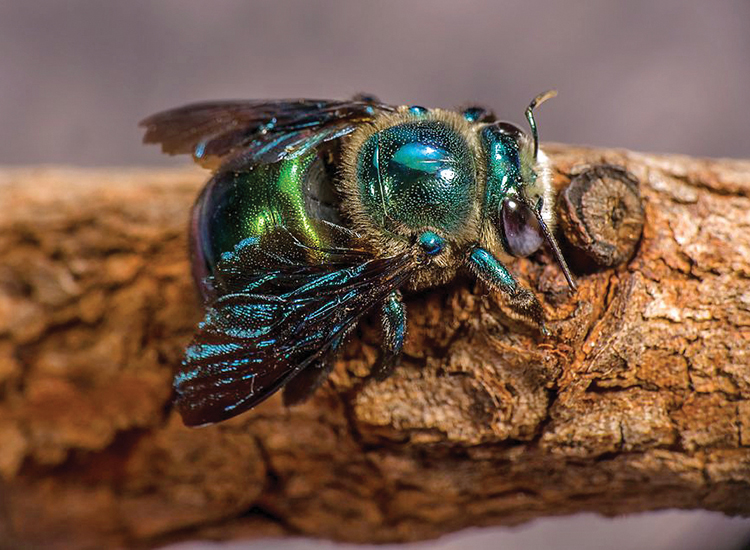 Much media reporting on the impacts of the 2019–20 fires on wildlife focused on searing images of burnt koalas and kangaroos. These images brought home to the community the loss of biodiversity and galvanised the response of concerned governments, but the impacts were far more pervasive than just on those animals most familiar to us.

Attracting far less attention was the impact of these fires on invertebrates. However, if extinctions occurred due to these fires, it was most likely to have happened to invertebrate species. Mostly this is because there are so many invertebrate species (about 320,000 in Australia, about 1000 times the number of Australian mammal species), and many of these have very small ranges, readily encompassed by a single fire.

Difficulties of the poorly known

With contributions from many experts, the Australian Government’s expert advisory panel coordinated an assessment to identify priority fire-affected invertebrate species most in need of remedial conservation management. This proved a particularly challenging exercise because limited relevant information is available to inform assessments.

Many Australian invertebrate species have not yet been formally described. Even when a species has been described there are often few publicly accessible distributional records. Little or no monitoring information exists for most invertebrate species, so pre-fire baseline abundance and trends are mostly unknown. Also, for many species little is known about ecological traits and life histories and how these would influence susceptibility to fire.

Furthermore, many invertebrates lead complicated lives, and even a single species can be affected by fire very differently at different life stages. For example, a fire may be inconsequential to a cicada if at
the time of the fire most of its population was in underground life stages.

The path to recovery

The list of fire-affected invertebrates includes a very wide variety of species, including spiders, land snails, dragonflies, beetles, grasshoppers, moths and butterflies. Most of these species have very small distributions, unhappily coinciding with these fires. One such example is the Banksia montana mealybug, a tiny scale insect that existed only in a few bushes of one plant species in Western Australia’s Stirling Range, all of which were consumed by the fires.

Our priority list is likely to be a vast underestimate. Building on this initial assessment, the Threatened Species Recovery Hub is undertaking a more comprehensive analysis of fire-affected invertebrates. This project will also help to identify those species that should now be listed as threatened; and to prioritise management responses to aid recovery of the most-affected species.

Invertebrates do not have a high profile in our community, and some may see little point in worrying about losses of obscure invertebrate species. But losses of any species diminish our nature; and the legal and policy framework in which we live provides clear recognition of the need to try to prevent extinction. Furthermore, invertebrates play critical roles in ecological function and many of these roles, such as pollination, may be necessary for the recovery of ecosystems after fire. We should be concerned about the fate of little things.