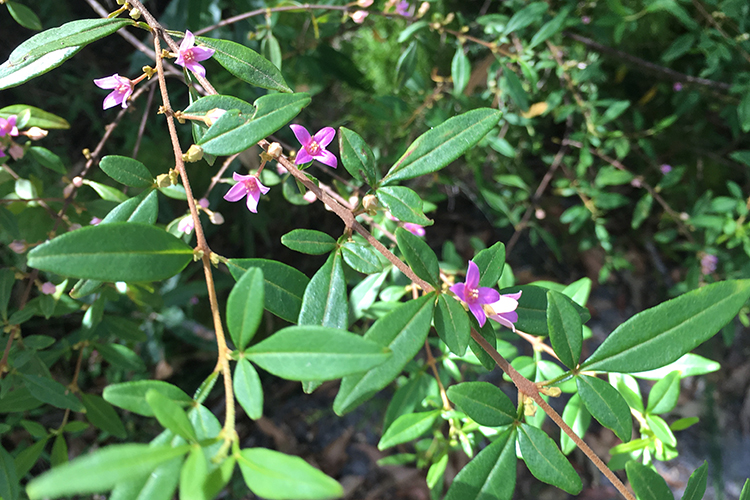 ‘Tis the season...Understanding how threatened plants respond to different fires

Many landscapes in Australia are fire-prone, and increasingly so. Altered fire regimes can have a serious negative impact on threatened plant species and ecological communities. A Threatened Species Recovery Hub project is working to better understand the effects of different fire regimes on threatened flora in order to improve fire management strategies and conservation outcomes. Hub researcher Mark Ooi of the University of New South Wales talks about how the season of burns appears important to Queensland’s Key’s Boronia.

Fire is common in many of Australia’s native plant communities, and a wide variety of species have evolved to persist under a regime of fire. However, in an apparent conundrum, approximately half of all threatened plants in Australia are considered to be at risk from ‘inappropriate’ fire regimes. Fire patterns have changed due to a number of reasons including landscape fragmentation, loss of Indigenous cultural burning, changed fuel loads, active suppression of fires and implemented fuel reduction or ecological burns being undertaken in different seasons. Understanding how such changes can effect plant persistence is critical for assessing risk. 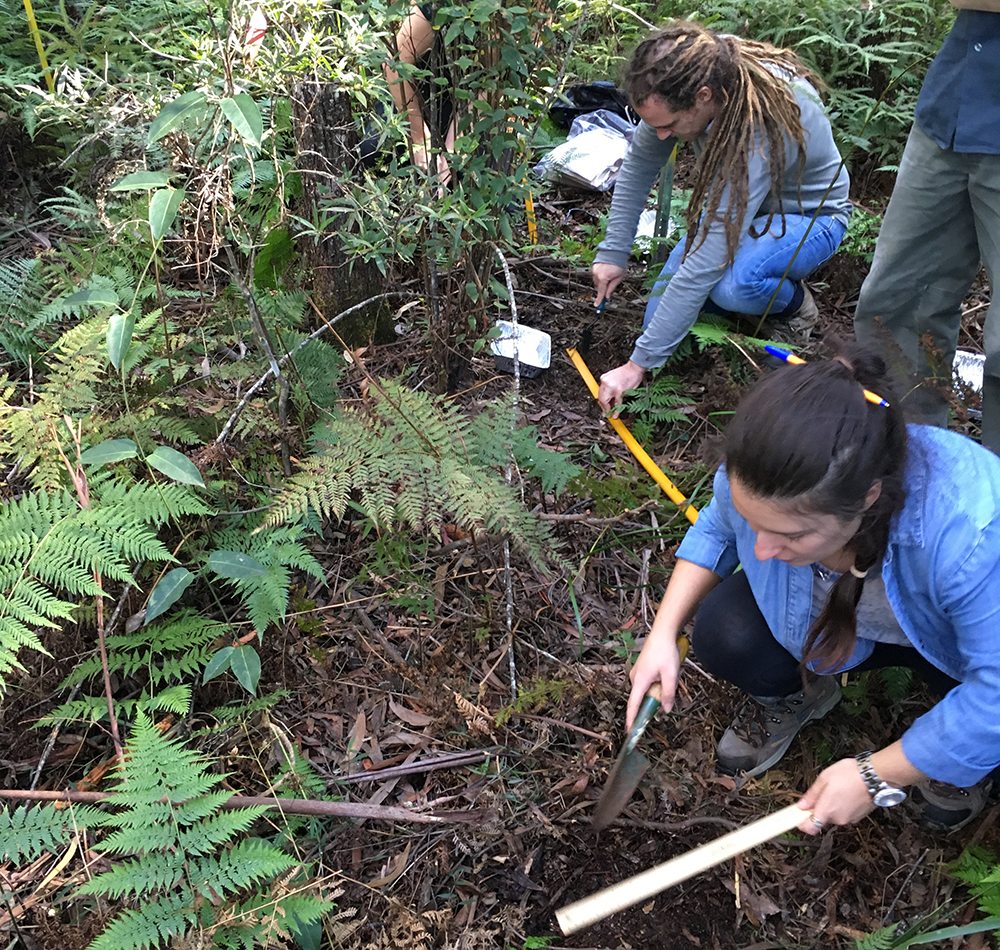 A key aim of our research is to understand how to implement burns to maintain healthy populations of species occurring in fire-prone habitats. A second aim is to develop a greater understanding of different fire regimes that can be a threat to plants.

The ‘fire regime’ refers to characteristics of fire patterns, including how often an area is burnt, how hot or intense the burn is, and the season of burning. Research on maintaining species in temperate fire-prone regions has previously concentrated on frequency. For example, if populations of some fire-dependent species are burnt too frequently, their seedlings may not have long enough to grow and mature between fires to produce sufficient amounts of seeds for subsequent regeneration.

However, other components like seasonality and intensity have had little previous attention but may play equally important roles in the ability of threatened species to persist. The season in which a fire occurs is potentially critical to flowering, germination and seedling establishment. Disentangling the relative importance of different fire regime elements and how they can have an impact on various functional groups of plant species requires detailed experimental work investigating plants and their life-cycles, which we are undertaking for a range of case study plants.

One of our study species, Key’s Boronia (Boronia keysii), is a native shrub growing up to 2 m high with deep rose-pink or white flowers. There are only 15 known populations, some on private land, and all within a 5 km radius on coastal lowlands around Cooloola, in south-east Queensland. It was thought to be extinct until rediscovered in the early 1970s and inappropriate fire regimes are listed as playing a role in the threat faced by this species.

We used a variety of methods including laboratory trials and experimentally conducted burns to understand the ecology of this threatened species and how it responds to fire. To undertake this work we collaborated with the South East Queensland Fire and Biodiversity Consortium, Sunshine Coast University, the Fire Management team at Queensland Parks and Wildlife and private landholder HQ Plantations.

PhD student Justin Collette from the University of New South Wales examined seed viability and germination requirements. This type of work is essential for understanding potential limitations of threatened species. Seed viability was assessed by x-raying seeds at the Australian PlantBank at the Australian Botanic Garden in Sydney, and identified that the species produced plenty of healthy seeds.

Justin also undertook laboratory germination trials and found that warm temperatures were needed for seeds to germinate, along with the addition of smoke – something that may translate to a warm season seedling emergence response in the field, mainly after fire. If this were the case, it indicates that Key’s Boronia may have better gemination in the wild if burnt when relatively warm daytime temperatures were still likely for extended periods following the fire event – say early autumn. This means that the timing of fire may impact how well this Boronia will recover; however, the best way to get the most informed view is via experiments in the field. 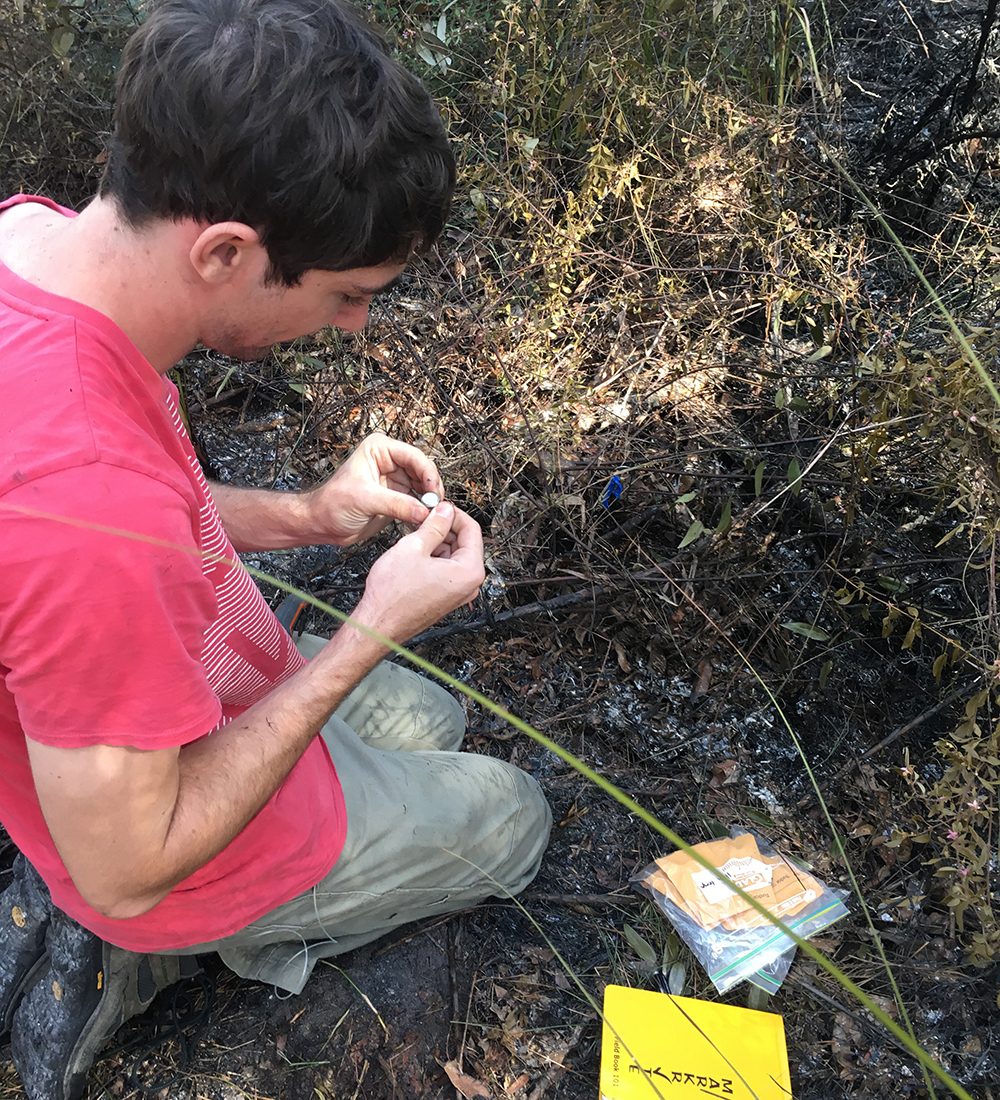 A field trial of implemented fires was carried out in 2018. Burns were conducted in two different seasons to assess fire response, germination and seedling growth in response to the timing of the burn. The key to successfully conducting field experiments like this is strong collaboration between managers, fire crews and researchers, in order to produce well-replicated experimental burns. A coordinated effort between Queensland Parks and Wildlife, landholder HQ Plantations and their fire crews provided similar burns across the two different seasons, allowing University of New South Wales researchers to compare the effects of the season of burn, while minimising the influence of other fire factors.

While several years of data are required to obtain any clear results of fire season impacts on plants, early results indicate a clear seasonal pulse of seedling emergence, matching lab results. The next question is whether the relative delay in emergence after different burns has had any effects on seedling growth.

Work like this is essential for informed fire management of threatened species and, as part of our project, and in collaboration with the New South Wales Government’s Bushfire Risk Management Research Hub, we have identified seasonal germination requirements for other threatened species, the Endangered Asterolasia buxifolia and Vulnerable Leucopogon exolasius. Winter burns significantly slowed growth and time to maturity for Leucopogon. We have also found a strong effect of season of burn on subsequent soil microbial activity. These findings combined highlight the strong potential for fire seasonality to influence the recovery of threatened species and the need to consider season of burn in management plans of susceptible species. 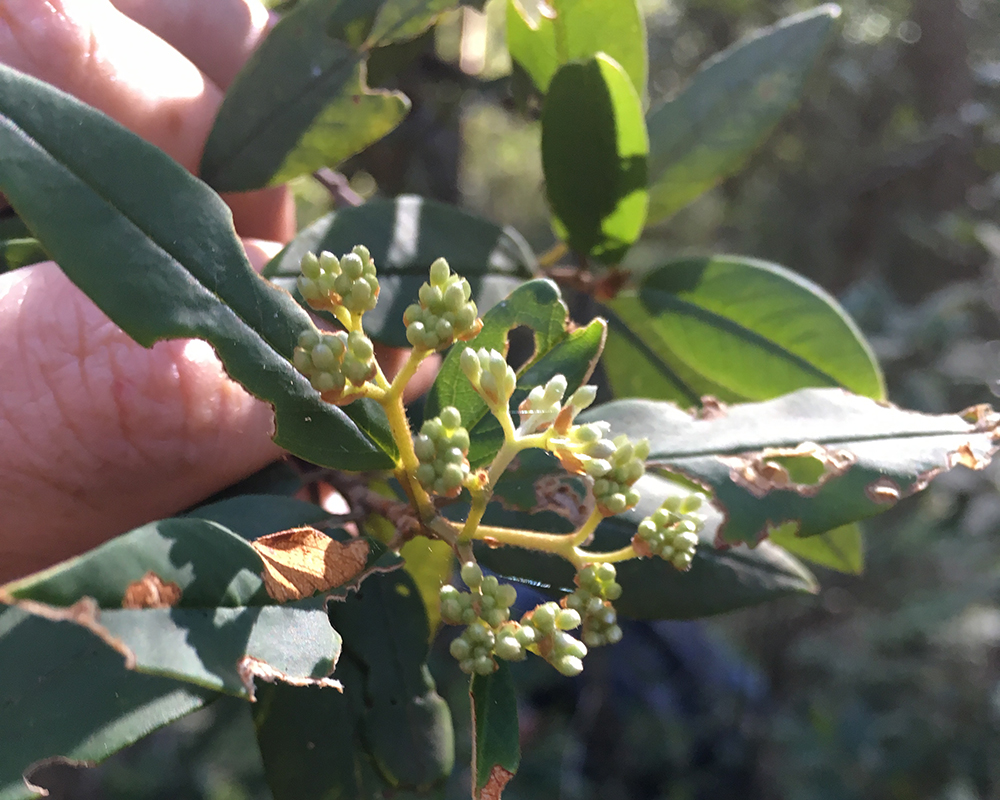 A coordinated program investigating broader fire regime impacts on re-sprouting plants, fire refugia and soil–plant interactions is currently underway to fill the gaps in our understanding of fire and plants. This has focused not only on fire season, but also on the potential impacts of different fire severities and their interactions with fire frequency.

PhD student Tom Le Breton has been identifying the temperature requirements for breaking seed dormancy of the threatened species Pomaderris bodalla on the south coast of New South Wales, to investigate whether they are fire-adapted.

These lab experiments indicate that all species would recruit well and likely persist with occasional fire, even though many of them occur in riparian habitats, commonly thought of as fire refugia.

Balancing the needs of such species to promote recruitment with the needs of the broader habitat in which they persist is a management challenge. The results from empirical work from the types of experiments conducted in our project can help to provide a robust basis for management decisions that need to be made. Without knowledge about the potential threats that plants face, there is a possibility that we could unintentionally implement fires that actually increase risks to threatened species, rather than burning to improve the plants’ chances of persistence.

Subscribe to the Newsletter
Related Projects
Managing fire regimes to save threatened flora and fauna Project 1.3