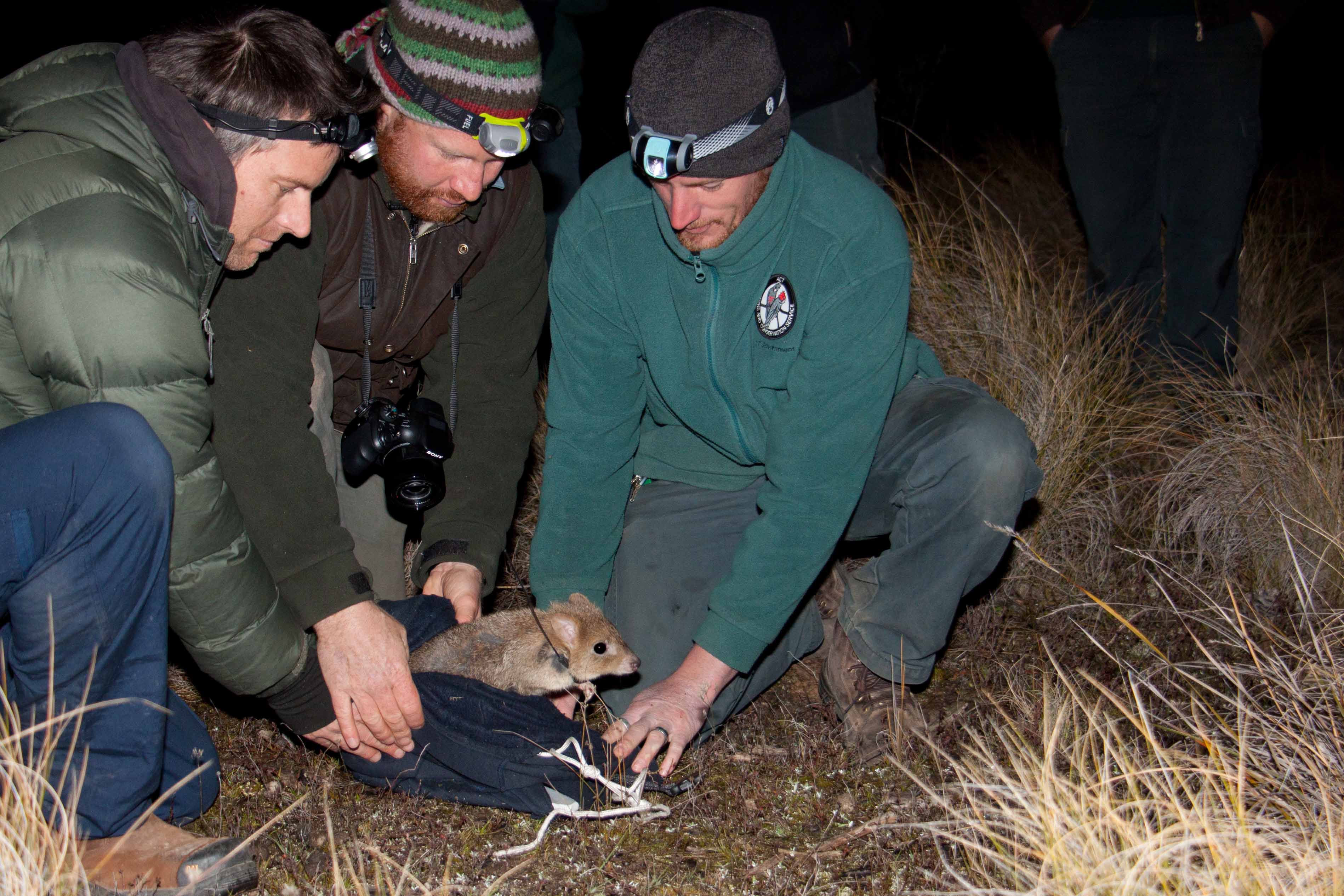 A bettong in the bush is worth…

I recently completed my PhD on the successful reintroduction of bettongs to the ACT which established populations at two predator-free fenced nature reserves; Mulligans Flat Woodland Sanctuary and Tidbinbilla Nature Reserve. But establishing bettongs within these enclosed environments is only the first step. Ultimately the aim is to restore bettongs to the broader landscape which would undoubtedly expose them to a number of threats including introduced predators.

The Limestone Plains around Canberra used to be home to the eastern bettong, a small ‘rat-kangaroo’ whose foraging habits played an important role in nutrient cycling and soil conditioning. Unfortunately the bettongs didn’t fare well against introduced predators and by the 1920s bettongs had disappeared from mainland Australia and could only be found on fox-free Tasmania.

In recent years I was privileged to be part of the project to reintroduce bettongs to a fenced-in nature reserve called Mulligans Flat Woodland Sanctuary just to the north of Canberra. So far the project has been a stunning success with numbers of bettongs increasingly dramatically, and our knowledge about how to manage these reintroductions increasing as we learn from experience.

We’re now looking at introducing other threatened species at Mulligans but our success with the bettongs has us primed to begin the next phase of our work – reintroducing bettongs to the broader landscape – to go ‘beyond the fence’. After a long and detailed planning and risk assessment process, we began releasing bettongs into the Lower Cotter Catchment which lies to Canberra’s west. We didn’t simply let them go and cross our fingers, hoping for the best.

The area they were released into, around 8,000 hectares in size, has undergone a rigorous fox-control program over the past year with the ACT Government setting out fox baits. The local fox population has been dramatically reduced in that time and the fox control will continue.

Each bettong released is fitted with a radio-collar and their movement and survival is monitored. Any deaths are forensically examined including DNA examination by experts at the University of Canberra to evaluate the significance of various threats, and surviving bettongs are regularly captured to conduct health assessments.

The data collected from this trial will be used to make an evidence-based decision on whether it is biologically and economically feasible to move to a full bettong reintroduction program in the near future.

A sedated bettong gets a full health assessment by Dr Tim Portas before being translocated to the Lower Cotter. Image: Lannon Harley

Establishing a population of bettongs beyond-the-fence would produce a number of benefits. It would help to lift the conservation status of the species, and assist us in managing the population densities within fenced reserves (as excess bettongs could simply be moved to a suitable location outside of the enclosure). And because these little marsupials are important ecosystem engineers (e.g. our research suggests that bettongs move approximately 8 kg of soil per night looking for truffles) it’s believed their activities in the broader landscape will improve the health of the surrounding bush.

This trial is also designed to provide a model of best practice for similar challenging reintroduction projects whereby the outcomes of a trial are used to determine whether to subsequently conduct a full-reintroduction.

Which is why a bettong in the bush, is really worth two (or maybe more) in the hand. ‘In the hand’ is a fitting metaphor for our work in the fenced enclosures where we can control the threats that originally led to the demise of these species (ie, foxes). We’ve achieved that and learnt a lot in the process. But the real challenge is the broader reintroduction outside of the fence – to ‘the bush’.

If our trials work we may once again have wild bettongs in our landscape, after almost a hundred years of their absence. But even if these trials fail, it’s important that we learn in the process in order that our next trial might be successful, and avoid the unnecessary loss of valuable individuals by releasing them into environments without the conditions required to enable them to persist. The results of our trial will be released as a published article in the near future.

Establishing bettongs beyond-the-fence is a project supported by the Woodlands and Wetlands Trust, ACT Government, ANU and the Threatened Species Recovery Hub.