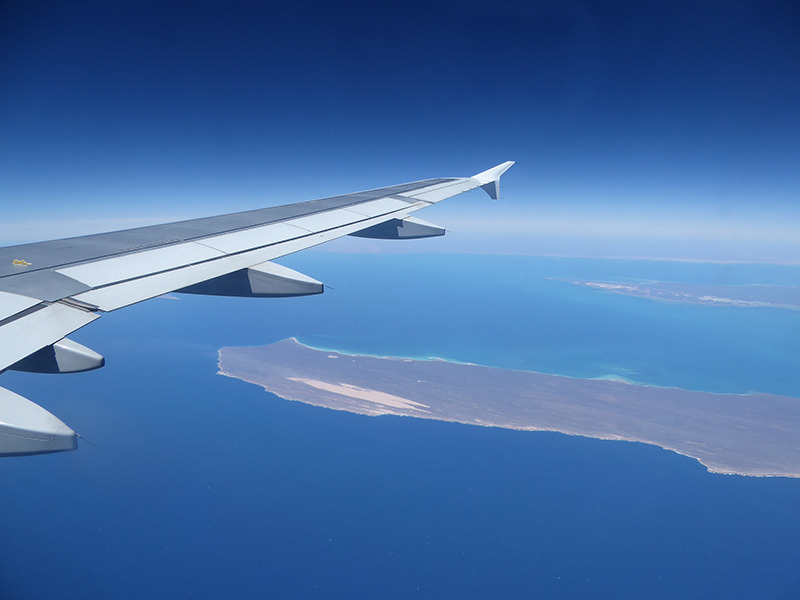 Sarah Legge (ANU/UQ) discusses the importance of havens from cats and foxes for Australia’s besieged mammals.

Two hundred years ago, a small Australian wallaby known as the boodie (or burrowing bettong) was abundant across several million square kilometres. Then, with astonishing rapidity, it disappeared from its entire mainland range, largely because of predation by introduced cats and foxes. Fortunately, the boodie occurred on four islands off the WA coast where there are no cats and foxes. Those islands – representing far less than 1% of the boodie’s former range – allowed this species to narrowly avoid extinction. Eight other Australian mammal species similarly had island populations that persisted as their mainland populations disappeared. Many other species weren’t so lucky. They are gone forever.
As well as acting as accidental ‘arks’, islands have played a critical role in ongoing efforts to conserve Australian mammals. Managers have carefully harvested some individuals from isolated island populations, and from diminishing mainland populations of other species, and translocated them to other islands to establish additional populations and reduce extinction risk. As our capability to eradicate feral cats and foxes from islands improves, the options for island translocations have expanded.
Offshore island options have been augmented by ‘mainland islands’: areas surrounded by purpose-built fences keeping out cats and foxes. The number and area of offshore islands and mainland fenced exclosures used for translocations of threatened mammals has increased considerably since the 1990s. The importance of these areas to the conservation of threatened species is reflected in much of the TSR Hub’s research.
I recently co-convened a symposium on the ‘safe-havens’ approach (with fellow TSR Hub leader John Woinarski and Keith Morris from the WA Department of Biodiversity, Conservation and Attractions), at the International Mammalogy Congress in Perth. We sought to take stock of the contribution of ‘safe-havens’ to mammal conservation, identify challenges and chart future steps.

At this symposium I presented research, compiled with many other contributors, that provided the first consolidated national tally of havens for threatened mammals. This exercise revealed that of the 66 threatened mammal taxa that are highly susceptible to predation by cats and/or foxes, 38 are represented across 103 islands (that’s a total of 2,188 km2 free of feral predators) and 15 mainland exclosures (324 km2). This is good progress. However, almost half the taxa that need a haven are yet to be have one.
Drawing upon this national tally plus other information derived from a TSR Hub workshop, Jeremy Ringma (UWA/UQ) presented a spatial optimisation approach for adding to this haven network in a systematic manner that efficiently generates the greatest conservation benefit across all threatened mammal species in Australia.
Several presentations focussed on case studies of past and future island translocation projects, often demonstrating increasing ambition as our experience with establishing new havens grows. Reflecting the rich history of island conservation and translocations in WA, Keith Morris described the grandest island restoration project in the nation’s history: a sequential translocation of nine threatened mammal species to Dirk Hartog Island. At 628 km2, Dirk Hartog Island is the largest island in the world from which feral cats have been eradicated.
On the topic of increasing scale, John Kanowski outlined the Australian Wildlife Conservancy’s plans for building increasingly large mainland fenced areas.
Duncan Sutherland (Phillip Island Nature Parks) described plans to eradicate feral predators and restore native mammals on Phillip Island. This is a relatively large and populated island, necessitating unprecedented local community support. The Phillip Island Ark project is supported by the Government’s Threatened Species Strategy.
Translocations of small numbers of founders to havens present longer-term management challenges, and some presentations addressed examples of these, including managing the genetics of translocated populations, dealing with overabundance when a species does ‘too well’ within the haven, and quantifying the threat of reinvasion by the eradicated predator(s).
Although havens are critical for safeguarding against extinction in the short-term, solutions for establishing populations of predator susceptible species outside havens need to be found. As well as providing longer-term security, returning species to open landscapes will also restore many of the vital ecological functions these species previously performed. Katherine Moseby (Arid Recovery/UNSW) summarised some of the novel approaches being trialled to help achieve this goal.
The symposium included global perspectives: John Woinarski summarised the importance of islands for global mammal diversity, and highlighted the relative vulnerability of island dwelling mammals. Matt Hayward (Bangor Uni) provided an overview of the increased reliance on fencing globally, showing why the expansion of fencing for conservation needs to be carefully managed, with examples of fences that, by mistake or by neglect, have harmed wildlife.
The perspectives provided in our symposium demonstrate that islands and predator-proof exclosures are pivotal for the conservation of an increasing number of Australia’s threatened mammals. Havens have their management challenges, but these are increasingly being recognised and resolved. There is enormous potential for a strategic expansion of the haven network, for achieving a more comprehensive representation of threatened mammals within them, and for using haven populations as sources for the restoration of mammals in open landscapes.

Top image:  Dirk Hartog Island. Most of us only glimpse Australia’s off-shore islands through a plane window. It is this remoteness that has made them historically critical to saving many of our threatened mammals. Photo: Sarah Legge.