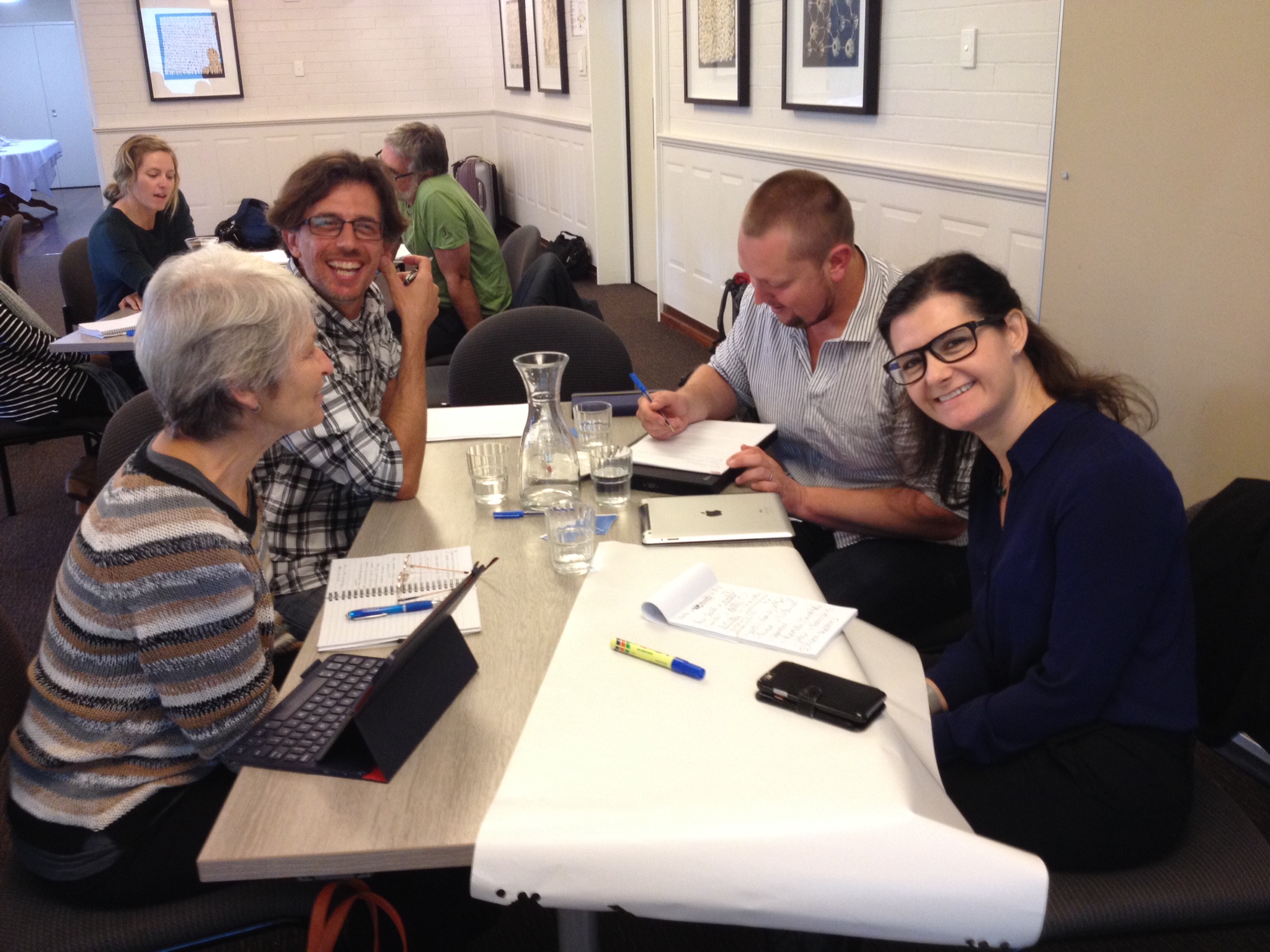 Using genetics to save species

Thursday, 09 June 2016
Australia will soon have it first ever genetic guidelines to support the relocation of threatened animals, after a recent TSR Hub workshop in Perth.
The workshop brought together some of the biggest names in genetics and was organised by Dr Andrew Weeks from the University of Melbourne, Dr Nicola Mitchell and Dr Stewart Macdonald from the University of Western Australia as part of Project 4.1.
“This was the first workshop of its kind and it let us focus on some of the key issues we’re facing with threatened species,” said Andrew Weeks.
“This incudes how we can best maintain genetic diversity in animal translocations, best practise management of captive breeding programs and also augmenting populations in the wild.
“The outcomes will help us develop guidelines to address the gap between scientific literature and on-ground genetic management processes in translocation programs.
“We’ll provide tangible tools to help understand how many animals are needed to start a new population, in both fenced reserves and open areas, where to get founders from, and how to make existing populations healthier by improving their genetic diversity.”
There are lots of reasons to relocate a species including climate change, introduced species destroying their habitat, reintroducing captive bred animals, and relocating species to areas free of feral predators.
“Genetics should play a key role throughout this process - particularly when choosing the right animals to increase genetic diversity and adaptive capacity, and finding the most suitable candidates to avoid inbreeding or to introduce adaptive traits,” said Andrew.
“For example - some quolls naturally avoid cane toads, so you’d choose them for relocations to northern Australia.
“Let’s say you’re trying to reintroduce a species into its historic range and you needed five individuals to breed to improve genetic diversity. That might actually mean you need to translocate ten individuals, as some won’t breed and some might not survive.”
“Genetics has always been one of those difficult things to grasp for managers and practitioners - you can’t see it, it’s not a fox or a cat or piece of vegetation – but there’s a real link between lack of genetic diversity and extinction.
“Populations won’t live as long or have as many offspring if they’re inbred. By outbreeding them, crossing them with genetically healthy populations, you can get an immediate improvement in population fitness.

The tiny mountain pygmy-possum population discovered on Mt Buller in 1996, provides an example of the importance of genetics in threatened species recovery.
“The mountain pygmy possum population at Mount Buller was declining rapidly due to resort developments affecting their habitat. While the resort management board and lift company took action to restore their habitat, the population didn’t respond.”
“It emerged that genetics was a key issue – the population had become inbred. By fixing the genetics and bringing in outside possums they saw an immediate increase in the population and it’s now the highest ever recorded on the mountain.”
As well as developing best practise guidelines, Project 4.1 will develop an online resource providing more in-depth information.
Representatives from a number of universities and national and state government departments contributed to the workshop, as well as key stakeholders such as the Australian Wildlife Conservancy, Arid Recovery, Perth Zoo, Tooronga Zoo and Zoos Victoria.