Research in Brief
Having good genomic data helps to refine and improve the classification of species and subspecies and identify highly divergent genetic populations within species. Conservation assessments that are based on traditional methods of classification (morphological taxonomy, or classification based on the animals’ appearance and physiology) can fail to detect important variation within species. An initial expert assessment by the CBA concluded that this is the case for many vertebrate species prioritised by the Wildlife and Threatened Species Bushfire Recovery Expert Panel for actions following the 2019–20 fires.

This project will summarise genetic information that is available for priority vertebrate species to enable the Expert Panel and state and territory agencies to make better informed assessments of the impacts of the fires on those species.

Why is the research needed?
Morphology-based methods of classifying species and subspecies sometimes misrepresent underlying genomic variation. This can be because traditionally defined species cross biogeographic boundaries, causing strong genomic divergence among populations that are not reflected morphology or other characters used in taxonomy. When such genetically distinct units are found within threatened species and subspecies, it is essential to protect/recover them to maintain genetic diversity and local adaptations within the species. Conversely, populations within a species that occupy distinct environments, for example, on islands or at different elevations, can appear different (e.g., as “subspecies”) without there being any real genomic differences.

Highly cost-effective genomic screening applied to samples across the species range is now available to help resolve this mismatch between traditional taxonomy and genomic variation. While the resulting classification (taxonomic) changes could be seen as inconvenient in the short term, applying these genomic methods will help guide more effective management actions and stabilise taxonomic classification of species in the long term. Further, once we have properly defined the genetic units within and between species for conservation, we can then provide sorely needed data for genetic risk assessment for priority species heavily impacted by fires.

How will the research help?
The project will improve fire-related risk assessments for fauna by the Department of Agriculture, Water and the Environment and state agencies by:

What research activities are being undertaken?
The work of this project is divided in three stages.

Stage 1. In April 2020, The Australian National University’s Centre for Biodiversity Analysis hosted a workshop to review spatial genetic data and taxonomic status for vertebrate species with ranges that substantially overlap the 2019–20 fire-grounds in South Australia and along the east coast of Australia.

Stage 2. In this mid-stage of the project, we have delivered an initial report for the Expert Panel and state and territory agencies, which includes genetic assessments of priority species for which there are high-quality current data. Also, for species that need to be reclassified taxonomically, or that have genetically distinct subpopulations in relevant places, the report included maps of their distributions overlaid on fire grounds. The report highlighted areas/priority species where additional sampling is needed to fill important gaps in sampling for genomic analysis, and which also require genetic risk assessments.

Stage 3. From late 2020 to mid- 2021, we will be acquiring additional genomic data where needed (and samples from museums and prior/ ongoing field surveys) and completing quantitative analyses that will improve the maps for each species. These data will then be used to identify hotspots of endemism (areas with concentrations of geographically localised species or genetic units) to help choose the best areas for investment in rehabilitation and protection against future fires. We also expect that the final report will include new results for genetic risk assessments for some of the species prioritised by agencies and researchers, and for which genomic samples are available or can be obtained (e.g., threatened rodents in Victoria, New South Wales and the Australian Capital Territory). A workshop attended by contributors and agency staff will examine these results. It is anticipated that the results may highlight needs for future research.

Where is the research happening?
The research will include priority species from all bushfire-affected regions in south-eastern Australia and on Kangaroo Island in South Australia, and be led at the Centre for Biodiversity Analysis at The Australian National University, Canberra, with substantial activity also at participating state museums. 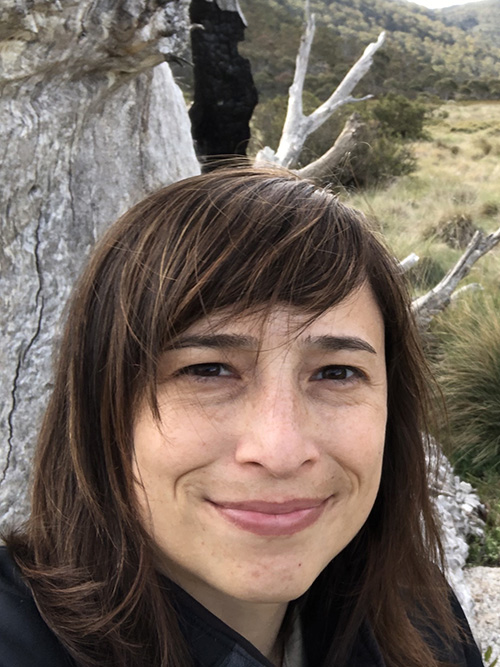