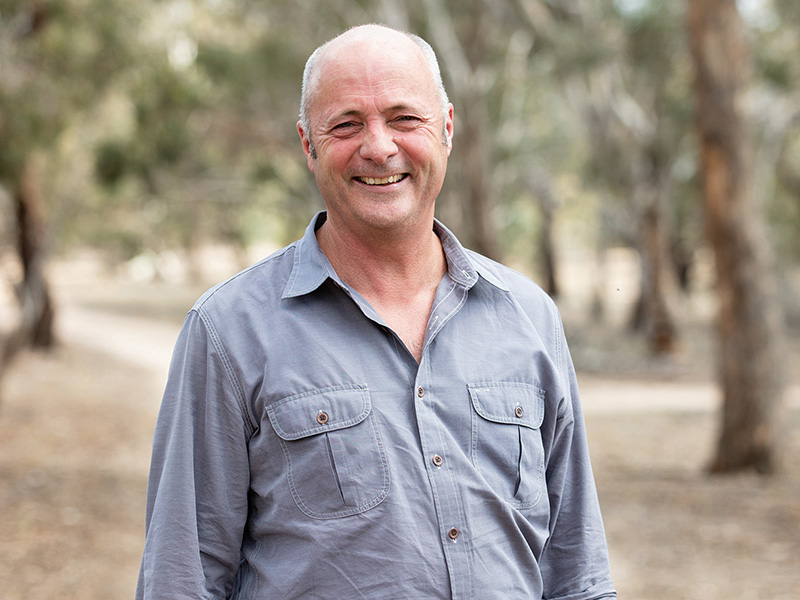 Nigel Sharp
Founder and Chair of Board, Odonata Foundation

I started Odonata in 2016 to find business- based solutions for protecting biodiversity. At that time we knew that we were fulfilling an important need but we are happily surprised at the way things have taken off.

The programs and their models can take many different forms. One example is Tiverton, a 1000 ha working sheep property in western Victoria surrounded by a 6-foot-high feral-proof fence. Foxes, cats, hares and rabbits are now almost completely eradicated inside the fence. Once complete, threatened species such as the eastern barred bandicoot and eastern quoll will be introduced. While still operating as a commercial wool property it will contribute greatly to threatened species conservation by becoming Victoria’s largest feral predator-free fenced conservation reserve.


What Threatened Species Recovery Hub research have you been involved in?

The cornerstone and heart of our work is at Mt Rothwell Conservation Centre. This is a 470 ha predator-proof sanctuary dedicated to protecting and restoring some of Australia’s most endangered species populations, including through captive breeding programs.

A Threatened Species Recovery Hub project is supporting us to maximise the health and fitness of our threatened species through genetic management and profiling of populations, which is undertaken by scientists at The University of Melbourne.

Through the collaboration we have been working with Professor Ary Hoffman and Dr Andrew Weeks to undertake a genetic rescue program to improve the genetic diversity of mainland eastern barred bandicoots. The mainland animals had a small genetic pool and consequentially many genetic defects. An analysis determined that Tasmanian populations were genetically close enough to be integrated into the mainland population while also unique enough to diversify the mainland populations. The program has resulted in new and healthier bandicoots at Mt Rothwell that will be integrated into sanctuaries across Victoria, including at Tiverton.

Working with The University of Melbourne we have also established genetic markers for genotyping eastern quolls on the mainland. This new knowledge is guiding us in sourcing integral founding family lines and has resulted in a significant expansion of the population into new introduction sites.


Benefits of the collaboration

The partnership with the hub has been key to creating world-leading innovative solutions for our threatened species. Our joint focus is firmly on using our properties as research centres where Odonata and research partners can learn how to build the population size and health of our threatened species and landscapes both inside and outside the fence. It gives us confidence that our captive breeding programs are producing the fittest and healthiest animals possible. It’s this genetic diversity and health that are the foundation for successful reintroduction programs. Our collaboration with the hub has greatly increased the chance of these populations surviving and thriving.