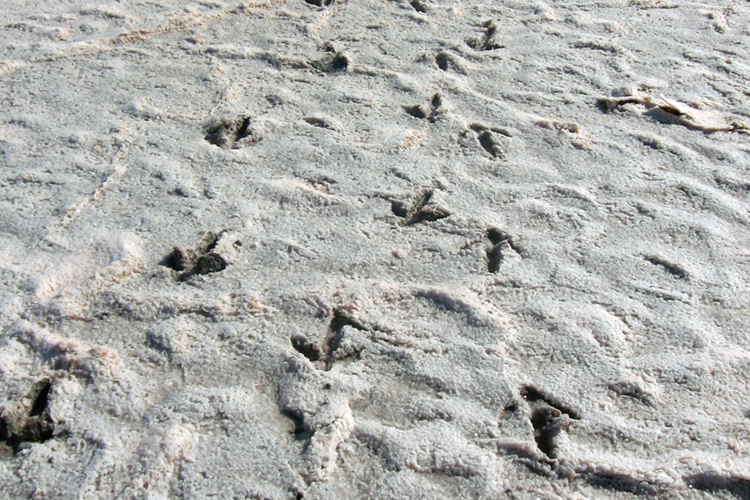 For over 10 years groups covering almost two-thirds of Australia have been using traditional Indigenous tracking skills to survey wildlife and their threats, usually at a local scale. A Threatened Species Recovery Hub project is working with over 40 groups to collate and analyse this wealth of information and to answer questions that the groups on the ground want answered to help them manage Country. Professor Sarah Legge and Dr Anja Skroblin take up the plot.

As animals move across desert sands, they leave a record of who they are and what they are doing in their tracks, diggings and scats. People with the right skills can read these animal signs like words on a page. Many Indigenous Australians use this language expertly, to know where the goannas are fat and abundant, when bilby burrows are occupied, and where the emus are heading.

Over 10 years ago, arid zone ecologists saw the potential to blend Indigenous tracking skills with ecological science: if the tracking information was collected in a standardised way, that data could be used to monitor the presence of animals across large areas, track changes over time, and identify important environmental conditions for key species. The core method they developed was the ‘2-hectare sandplot’ survey (also called trackplot surveys, sign surveys, cybertrack surveys, or Tracks App surveys). The method involves searching a 2-hectare area for a standard amount of time (or effort), recording all identifiable animal signs, and describing habitat characteristics.

Sandplot surveys have become very popular. They are used by many ranger groups, non-government organisations, government agencies, natural resource management groups and consultants across Australia. Some groups have surveyed with a rigorous sampling design to answer specific questions; other groups have used sandplot surveys for other reasons, such as an incentive for getting to long-unvisited parts of country, or to provide opportunities for people to share knowledge.

To date, sandplot surveys have been used from the Dampier Peninsula in north-west Australia all the way to the South Australia–New South Wales border. We estimate that well over 7000 surveys have been carried out across almost two-thirds of Australia. These data are held by over 40 different groups and individuals, and represent an incredible collective effort over vast parts of remote Australia. The data can be a valuable resource for understanding the ecology of these regions. 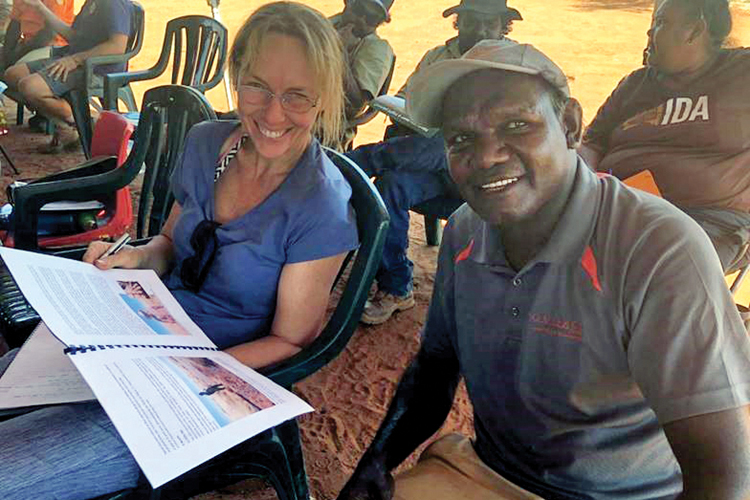 Sarah discusses the project with Eric Moora at a night parrot workshop hosted by the Paruku Rangers. Photo: Jaana Dielenberg

An opportunity to work together

This is where the Arid Zone Monitoring project comes in. The project is an opportunity to gather data into a single database, which can then be used to create regional and national distribution maps of desert species and their threats, to look for the drivers influencing where key species occur, and to help to identify important areas for management interventions. In some regions, the data could also be used to understand how the desert has changed over time, or how animals have responded to threat management.

This project belongs to all the groups and people who have been collecting sandplot data. We are working with representatives from almost 40 Indigenous ranger groups and Indigenous organisations, eight non-government organisations and natural resource management groups, four state and federal government agencies, institutions like the Atlas of Living Australia and the Northern Australian Environmental Resources Hub, as well as individual experts. From our consultations, we know that partners also want guidance on the design of their ongoing sandplot monitoring so that it can answer questions that are important to them locally, as well as at regional and national scales. 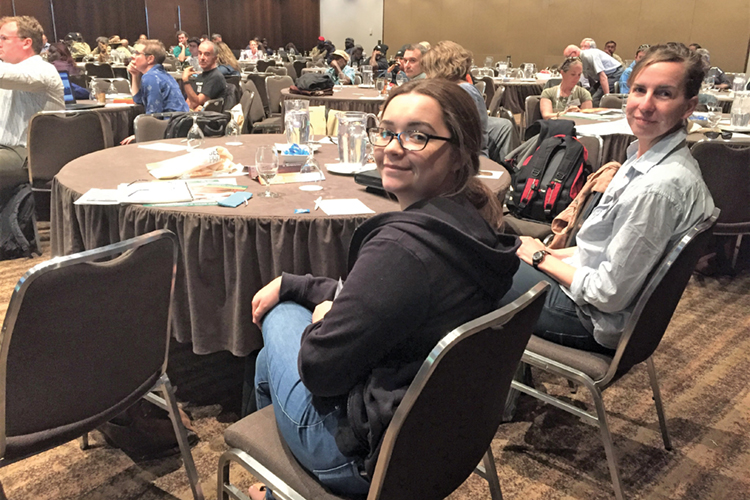 As well as contacting project partners one-on-one, the project team has convened regional meetings in Port Augusta and Alice Springs, and consulted people at many other events about the aims of the project. Here Taleah and Anja are presenting the project at the Indigenous Desert Alliance meeting. Photo: Sarah Legge

Combining and analysing data from a large number of sources presents many technical challenges. We will need to find ways of dealing with variation in faunal communities across such a large area, differences in the methods used and the types of data collected, and variability in the skill of the trackers and the quality of the data. Working through these challenges will help shape guidance to groups about ways to improve future data collection.

As we continue to collaborate with our many project partners to gather the national data, we meanwhile have access to sandplot survey data from South Australia, covering more than 4000 surveys, much of which had already been collated into state government databases.

This is allowing us to begin to identify and solve potential technical hurdles and to generate examples of the types of outputs the project can deliver at a regional scale. These examples will help partners think through the questions they would like to ask of their own data, and of the project.

Some of the key questions people are identifying include species inventory (See what animals are there); identifying species declines (Are the animals finishing?); understanding relationships between species and resources (Know if animals have enough food); can sandplot surveys guide management intervention (To know where to hunt cats; See if we should burn); can sandplot surveys monitor rare species (How about sensitive species?); and guidance on method (What about not writing everything down; How many surveys have we got to do?).

Some of the animals that are detected in sandplot surveys, shown together with their track or sign. The project will collate data on many different kinds of animals, including threatened species, animals that are important to Indigenous groups and feral animals.

Collating and analysing this enormous dataset will fill many knowledge gaps about the distribution, trends and ecology of desert species. The project will also showcase and celebrate the management and monitoring work being carried out by many groups, especially Indigenous groups, across vast areas of Australia. Towards the end of the project, in 2020, we will also scope the options and potential for transforming this two-year pilot project into an ongoing monitoring program for desert species. 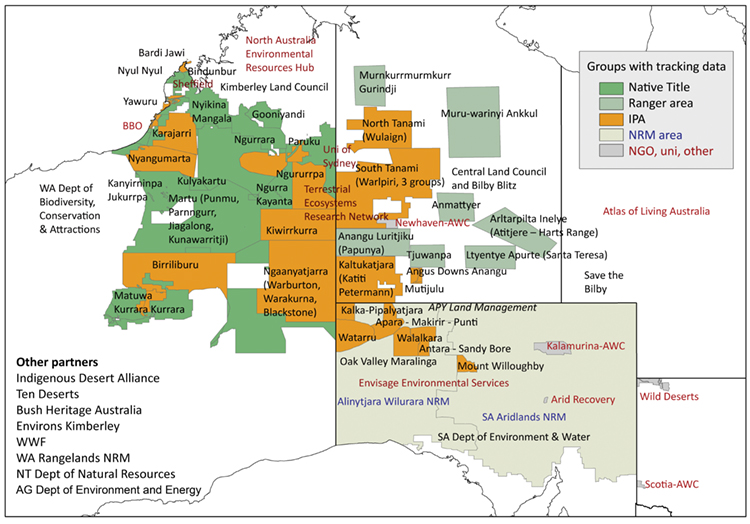