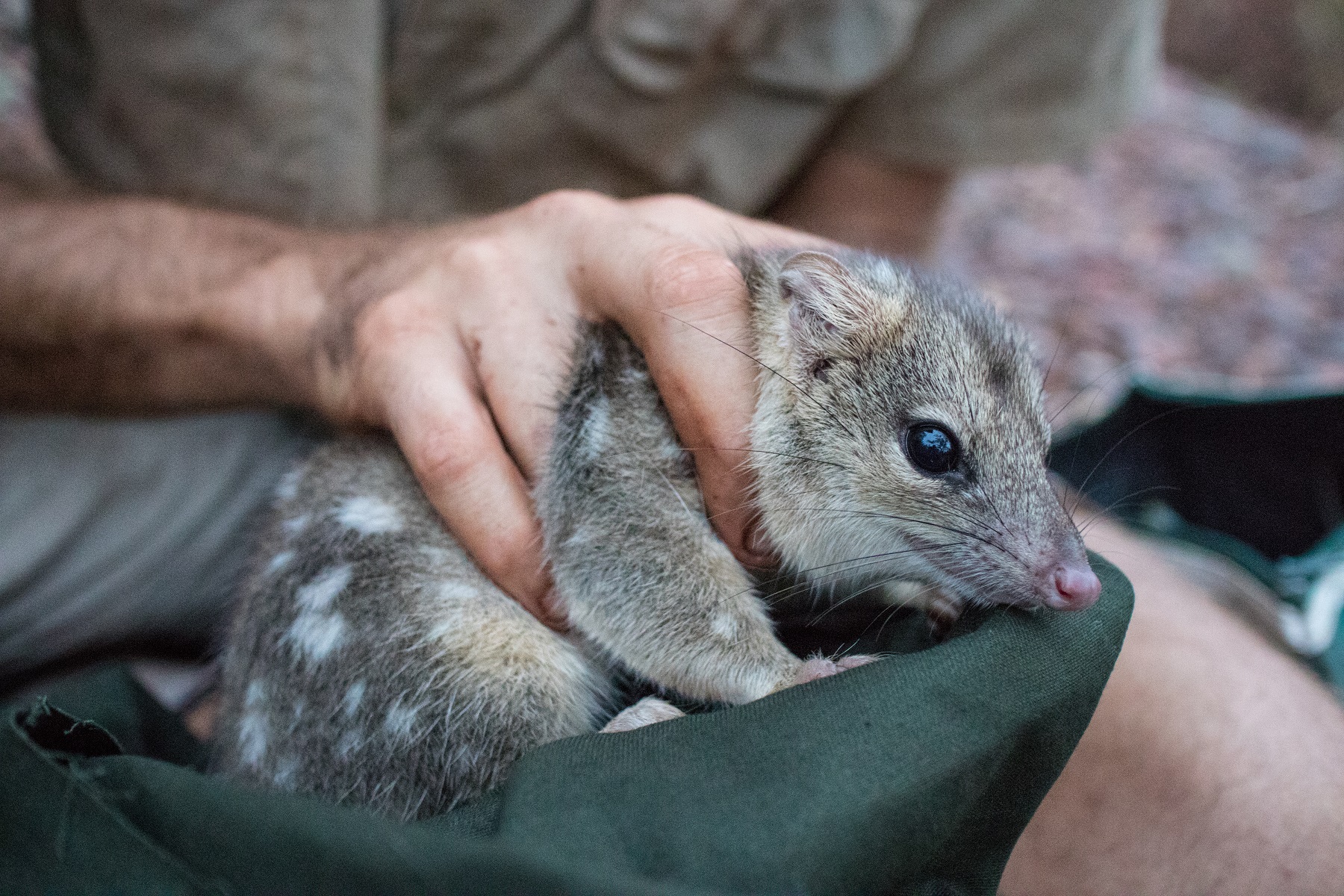 Monitoring is fundamental to good policy and effective conservation management. Data derived from monitoring underpin the process for listing of species as threatened, which is a precursor to recognition in policy. When monitoring programs are well designed, they provide critical information to diagnose causes of decline, identify priorities for additional research, evaluate management effectiveness and assess the urgency of management. Monitoring can also be a powerful tool for engaging the community.

One of the first projects initiated by the TSR Hub was to gather monitoring experts, and managers who need and use monitoring information, from all over Australia to discuss the value of, and many challenges involved in, monitoring threatened biodiversity. The workshop led to an authoritative edited book Monitoring Threatened Species and Ecological Communities, due for release in early 2018.

Sarah Legge at The Australian National University led a team of editors on the book project, which incorporates contributions from over 70 scientists and managers. One of the key outputs from this collated work was an examination of the extent and adequacy of monitoring programs for threatened vertebrates and ecological communities. In this article, Sarah and John Woinarski discuss some of the key findings from these assessments.


A one minute snapshot of the results for monitoring of wildlife groups.  Video: TSR Hub

What should we be aiming for?

Effective monitoring usually entails more than simply counting a threatened species. Although such tallying may be useful, or better than no information, poorly designed monitoring may be a waste of limited resources. In general, the value of monitoring depends on its design, by the interpretation of, and access to, the resulting data, and the integration of that data into management decisions. The book presents a monitoring blueprint and set of standards that can be used to maximise the value of monitoring within a broader objective of improving the conservation outcomes for threatened biodiversity. The monitoring framework proposed recognises that, although the challenge and practicality of monitoring varies among different threatened species, good monitoring programs consistently possess certain objectives and characteristics.

The monitoring assessments were based on a framework of nine ‘metrics’ against which monitoring can be consistently judged. The framework, originally developed by the authors of the Mammal Action Plan1, was adopted for assessing other species groups and (to a looser extent) ecological communities in this TSR Hub project.

National monitoring programs are high quality when they are 1) fit-for-purpose; 2) take place across sites that represent the threatened entity’s distributional and environmental range; 3) occur with appropriate periodicity; 4) run for time periods that are long enough to detect trends; 5) are designed with sufficient statistical power for detecting change; 6) are coordinated across jurisdictions/organisations/ stakeholders; 7) produce monitoring data that is publicly available and regularly reported. In addition, monitoring should be 8) clearly linked to management, and monitoring may be better interpreted when 9) information on demography/life history is collected as well as abundance/distribution data. 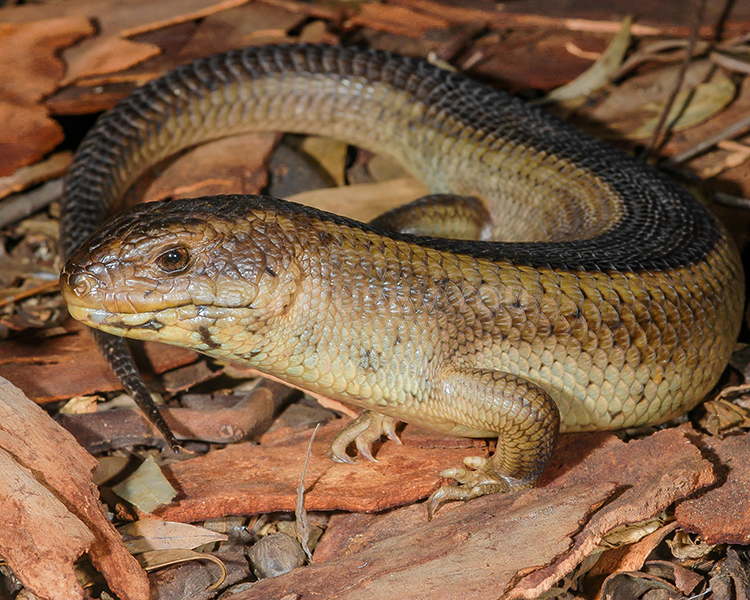 How are we faring?

For many threatened species, we could find no evidence of any monitoring activity. Depending on the taxonomic group, 21–46% of threatened vertebrates, and 70% of threatened ecological communities, are not monitored at all. This is a disturbing result, for without information from monitoring programs, managers (and our society more generally) will be ignorant of population trends or of where management most needs to be focused. Without monitoring, we may fail to notice that species are declining rapidly, and lose the chance to recover them. Without monitoring, the beneficial outcomes of management investments are hard to demonstrate.

For threatened animal species, monitoring quality is highly variable: monitoring was most adequate for threatened frogs and birds, followed by mammals, then fish, with reptiles a distant last. The large, enthusiastic and cooperative citizen science workforces, often centrally managed, that are involved in bird monitoring may explain the relatively higher quality for bird monitoring.

Applying the framework consistently across groups allowed us to identify which metrics generally scored highly or poorly (and therefore where the greatest room for improvement lies). For example, the weakest metrics were: the inclusion of demographic parameters (eg, breeding success) in the monitoring, the links of the monitoring to management, and data availability and reporting. The relatively poor performance of the last two indicates that existing monitoring programs are often failing to report, and failing to inform or affect management; these components of monitoring programs require urgent attention.

The assessments also highlighted several factors that are associated with better monitoring quality. Species that are listed as threatened under the Environment Protection and Biodiversity Conservation (EPBC) Act 1999 are generally better-monitored than species included only in non-statutory lists (eg, like the Red List produced by the International Union for Conservation of Nature). For most vertebrate groups, the most highly-threatened taxa tend to have better monitoring than taxa listed with a lower threat category. Animal species with Recovery Plans generally have better quality monitoring programs than taxa without Plans. This suggests that some of the key functions of Recovery Plans are being realised (strategic approach to monitoring, better coordination, improved data management, reporting, and links to management); this finding supports the case for increasing policy and funding support for recovery planning.

Monitoring is often most adequate for threatened species that have a small range (eg, found on a single mountain top), of high public profile (eg, Tasmanian devils, marine turtles, migratory shorebirds, parrots), and for which the management is clearly the responsibility of a single agency.

In contrast, many taxa with large or multi-jurisdictional distributions suffer from lack of coordination in monitoring activity, or have monitoring carried out in only a small and perhaps unrepresentative extent of their range, threat environment and management. These results suggest that logistics and resources are key limitations for monitoring programs, because taxa with few individuals and small ranges (which will tend to be listed at higher threat categories) and high detectability are probably cheaper and simpler to monitor. However, charismatic taxa with high levels of community engagement are exceptions to this pattern.

The monitoring framework and assessments have highlighted differences in the extent and adequacy of monitoring across threatened species and ecological communities, the factors that influence monitoring adequacy, and the specific components of monitoring programs that most need improvement. The assessments revealed that (with some exceptions) national monitoring is generally inadequate across vertebrates and ecological communities, but the assessment framework provides a clear set of metrics that should be considered when developing new programs, as well as a method for consistently evaluating whether the adequacy of national monitoring for threatened biodiversity improves over time.

Top image: Effective monitoring is the foundation of any effort to save threatened species. Pictured is a northern quoll caught during monitoring in the Pilbara.  Photo Nicolas Rakotopare. 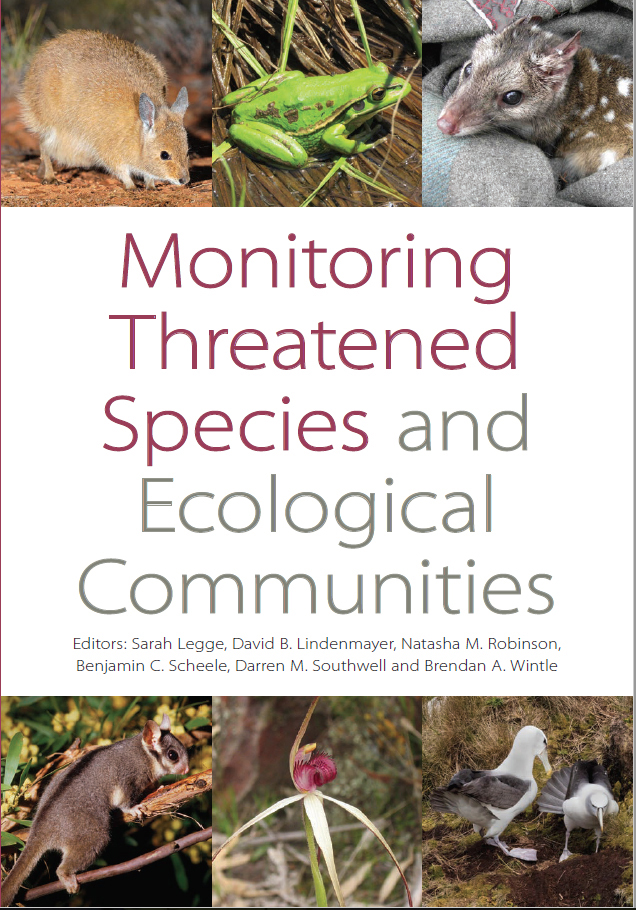