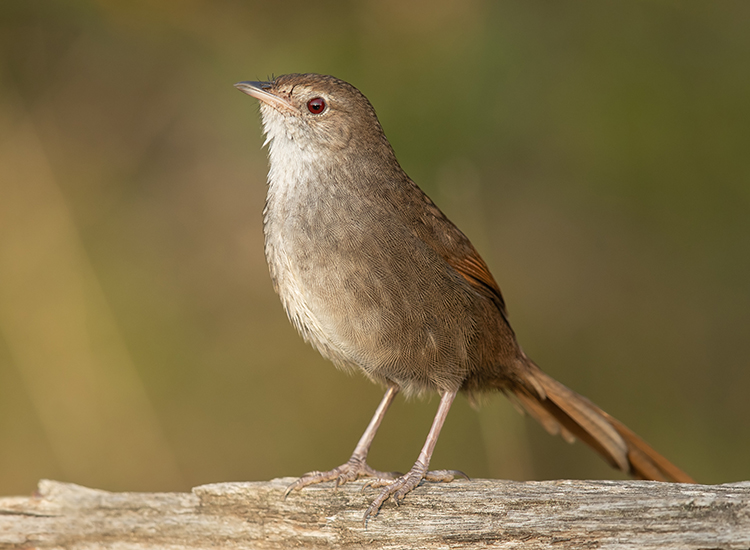 Professor David Lindenmayer and Chris MacGregor from The Australian National University tell us about their long-term monitoring collaboration with Booderee National Park managers, which is revealing detailed insights into how best to manage fires and other threats to biodiversity in the park.

Booderee is an iconic national park, approximately 200 km south of Sydney. It attracts substantially more visitors each year than Uluru or Kakadu. The park is home to an array of threatened animals, plants and vegetation communities. For example, it is a stronghold for the Endangered eastern bristlebird and supports the southernmost population of the eastern chestnut mouse.

Like all natural areas, Booderee National Park faces a range of challenges, including those posed by wildfires, exotic predators such as foxes, and invasive plants like bitou bush. A large amount of management effort and resources is invested in tackling these threats. Park managers want to know if the strategies they are using are effective and the only way to answer this question is through robust, well-designed long-term monitoring.

To facilitate such monitoring, a close collaborative partnership between Parks Australia, the Wreck Bay Aboriginal Community and The Australian National University has been in place since 2002. The work has led to some important insights into how to improve management strategies in the park. For example, monitoring revealed that the bristlebird can recover quite quickly after fire, especially if there are areas of unburnt forest within, or adjacent to, territories that are occupied by the species.

However, long-term datasets also show that care is needed when managing overall bird populations in the face of frequent recurrent fire. This is because the number of bird species present at a site is reduced by more than 9% for every additional fire that occurred in the past 40 years.

These results indicate a need to carefully plan where hazard reduction burns occur, based on how many fires have taken place previously in a given area. They also suggest that if prescribed burns are patchy, with areas of unburned vegetation interspersed within and around places that are burned, it will facilitate animal population recovery.

Insights from long-term monitoring have also enabled park managers to adapt and improve strategies to control bitou bush – one of Australia’s worst environmental weeds and a significant problem in Booderee National Park. Control programs typically entail a series of treatments, commencing with spraying, followed by burning, and then respraying to kill seedlings triggered by fire. Our monitoring has shown that spray–burn –spray is the most effective sequence of treatments in controlling bitou bush, but that some variations of this approach can actually make the problem worse (such as only burning without spraying).

Long-term monitoring also found that native vegetation recovery can be stimulated by the removal of bitou bush (rather than weeds simply regrowing where they were previously removed). In addition, the application of the appropriate weed treatment sequence does not have negative effects on recovery of native animals, including key species such as the eastern bristlebird. Indeed, the bristlebird responds positively to the replacement of bitou bush by native vegetation.

The commitment to long-term monitoring is providing a robust scientific body of information to enable park managers to implement best-practice evidence-based management in Booderee National Park, a fact which has led the World Wide Fund for Nature (WWF) to recognise Booderee National Park as among Australia’s best-managed national parks.