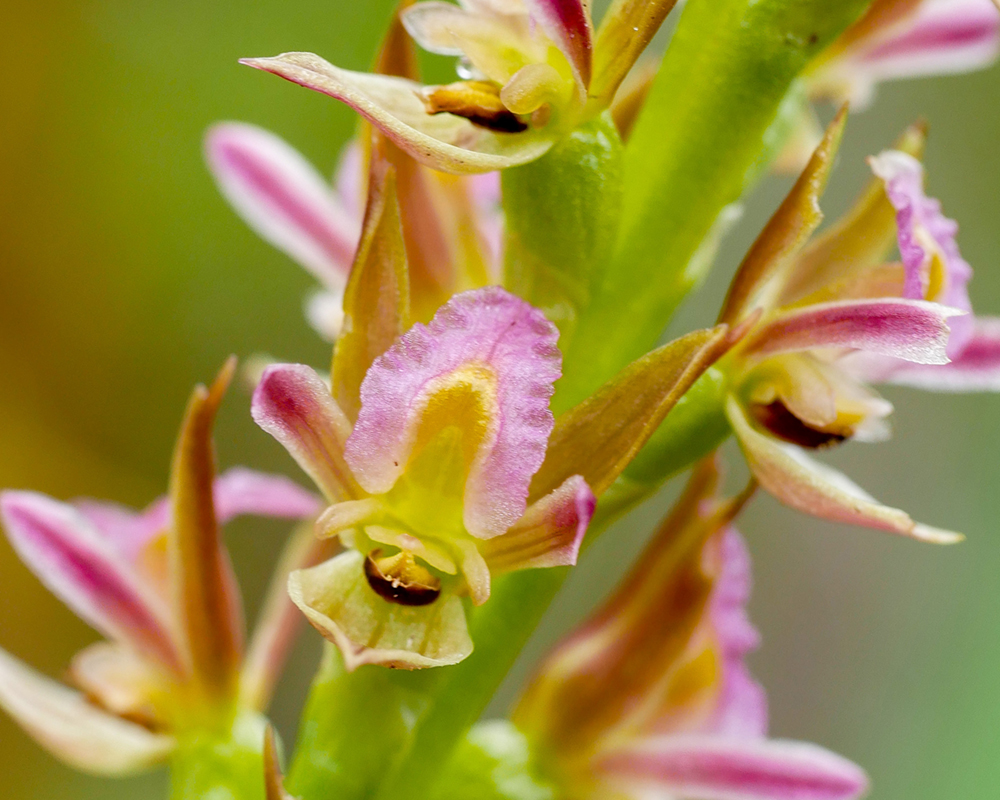 Race to unlock secret to save endangered orchids

Scientists from the Threatened Species Recovery Hub and Royal Botanic Gardens Victoria are in a race against time to save some of Australia’s most endangered native orchids.

Leek Orchids are small, native wildflowers, found in bushland across southern Australia, but today almost a third of the 140 species are at risk of extinction, due to habitat loss, weeds and changing rainfall patterns.

Several species are already extinct, such as the Lilac Leek-orchid which once grew in Melbourne’s eastern suburbs. Others, like the Shelford Leek-orchid from near Ballarat in Victoria, have only a handful of plants remaining in the wild.

The Fleurieu Leek-orchid from South Australian, which has lost over 75% of its habitat, is identified as one of 30 priority plant species under the national Threatened Species Strategy.

Hub researcher Marc Freestone from The Australian National University and the Royal Botanic Gardens Victoria, says the key problem is that, unlike most other endangered native orchids, we don’t know how to grow Leek Orchids.

“Being able to grow Leek Orchids in a laboratory would enable us to boost numbers and create insurance populations in new locations, to guard against extinctions.”
“Orchids are complex” says Mr Freestone, “Because of their microscopic seed, all orchids depend on a symbiotic fungus that lives in their roots and needs to inoculate their seed, so it can germinate. We mimic this relationship by growing the fungus in petri dishes in our laboratory, but for some reason when we add the Leek Orchid seed it seldom germinates.”

Backed by funding from the Australian Government’s National Environmental Science Program and the Hermon Slade Foundation, Freestone is trying to work out what is going on.
“We’re looking at seed viability, growing conditions, and the relationships between the orchids and symbiotic fungi that grow with them in the wild”.

Freestone is aware of what is at stake, “Some of our Leek Orchid species are on the brink of extinction, if we can’t crack their secrets soon we will lose them.”
The project is receiving support from many groups including the Victorian Government, University of Tasmania, Rural City of Wangaratta, Project Platypus and the Australasian Native Orchid Society.
The Threatened Species Recovery Hub is a partnership of ten Australian Universities and the Australian Wildlife Conservancy to undertake research to recover threatened species. It receives funding from the Australian Government’s National Environmental Science Program.