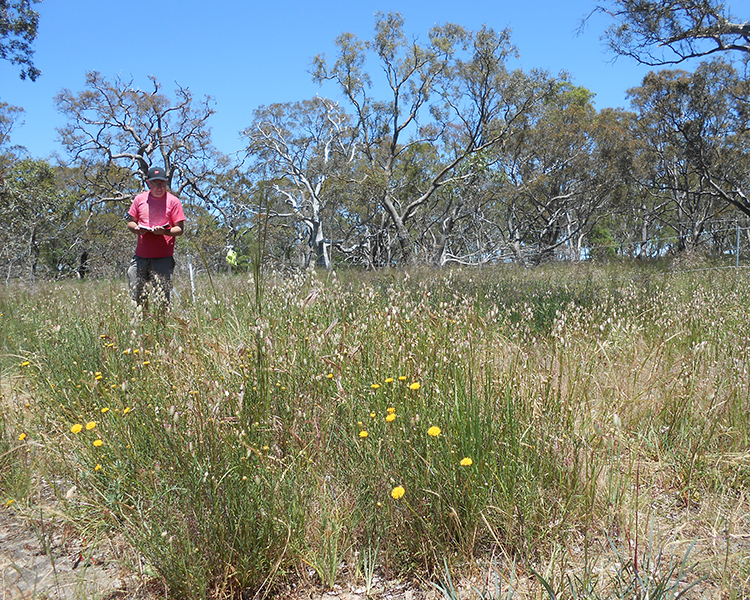 People have transported, cultivated, tended, used, celebrated and worshipped plants for tens of thousands of years. Sometimes our efforts led to a few species doing very well. Most of the time, however, our interactions have caused the diversity of plant life to shrink – through habitat loss and fragmentation, disease, weeds and overgrazing. Now we’ve started moving plants around to safeguard their survival. Indeed, we’ve been doing this for decades but so far we haven’t reviewed what we know about this process. But that’s about to change. Dr Jen Silcock from the University of Queensland provides an overview on the effort to build a new translocation database.

The science of conservation translocations – the intentional movement of species to a new area (or augmentation of existing populations), with the aim of reducing a species’ extinction risk – has emerged and rapidly evolved in the past four decades. The use of translocation seems likely to increase in the coming years in response to intensifying threats, not least the spectre of anthropogenic climate change.

Translocations are challenging, high-risk, often costly and involve serious ethical considerations. However, in Australia (and North America, where a similar study is being conducted) we have very little idea of what has been done in the way of plant translocations, how they have been used and whether they have worked. The literature is limited and biased towards successful projects. Most of the data on plant translocations sits in people’s heads or in filing cabinets (or on hard-drives these days), or buried in hard-to-access documents like internal reports and evaluations.

So what has been going on? Where have plants been moved to and from? What plants are involved? Who has moved them and why? And have these translocations been successful, in terms of establishing viable new populations or enhancing existing ones and, ultimately, decreasing extinction risk for species?

Image: Queensland’s first translocation occurred in 1990, when Stradbroke Islander Ellie Durbidge moved 20 Phaius australis lilies (pictured here) from a proposed sand mining loading dock development to a safe place about 100 metres away. All have survived and there has been good recruitment into the population. Photo: Jen Silcock
Last year, a NESP Threatened Species Recovery Hub workshop brought together about 30 plant-translocation experts to discuss what data should be collected to review Australian translocations. Having decided on the areas to focus on, Laura Simmons and I spent most of the last year compiling an ever-growing, sprawling database. After visits, phone calls and emails to more than 150 ‘translocators’ (including botanists, Government agency scientists, University researchers, conservation groups, consultants and landholders), we have a database documenting some 950 separate translocations, involving around 400 plant species.

Ninety of these translocations include multiple experimental treatments, such as some plants being fenced, watered or fertilised, placed in different habitats or grown using different techniques.

While we are still checking and tidying the database and are yet to delve into serious analysis, I presented a very preliminary preview at the Plants Going Places Information Day, followed by the ANPC’s Guidelines workshop (see the breakout box), in Sydney in August.

Here are a few translocation highlights

Australia’s first plant translocation was done, appropriately enough, by an elder statesman of Australian field botany, Bob Parsons, with John Stuwe. Jumping Jack wattle (Acacia enterocarpa) seedlings were planted on a reserve near Stawell in western Victoria in 1976, and at another site the following year with the help of the Nhill Lions Club. Most translocations in the late 1970s and early 1980s were done by these botanists, joined by Neville Scarlett, also at La Trobe University. They focused on species that had become very rare and fragmented due to habitat loss, mostly on the Victorian Volcanic Plain.

Image: Australia’s first plant translocation was done in 1976, when about 50 Jumping Jack wattle (Acacia enterocarpa) seedlings were planted into Lonsdale Forest Block (now Conservation Reserve). By 2016, they had grown into a dense thicket within the fenced area and recruits had spread out across about one hectare. Photo: Laura Simmons
From the mid-1980s, other states began to translocate their threatened species, with a spike in the early 1990s with Manfred Jusaitis’ experiments in south-eastern South Australia. The number of translocations undertaken per year has increased dramatically since the early 2000s, with most years seeing between 30 and 80 translocations nationally. Many of these have been done in south-western Australia by Leonie Monks (WA Department of Biodiversity Conservation and Attractions) and colleagues, and in south-eastern South Australia, targeting populations of highly endangered trees and shrubs that are now restricted to narrow degraded roadsides or threatened by disease such as Phytophthora dieback. Grassland and grassy woodland translocations have also increased, as these habitats continue to shrink with urban development, particularly around Melbourne. This includes many orchid translocations, which pose special challenges, ably risen to by Noushka Reiter and her colleagues at the Royal Botanic Gardens in Melbourne.

While these are typical ‘conservation translocations’, there has also been a major increase in species being translocated as a condition of development proposals since the late 1990s. This has happened in the Victorian grasslands, but also for road upgrades and dam building in the sub-tropical rainforests and coastal heathlands along the Queensland-New South Wales coast. There are also examples from the brigalow country where gas pipelines have cut across it, and in mining areas across Australia. These are often ‘salvage’ translocations, where entire plants are moved out of the way of the development and planted somewhere else.
These different areas, lifeforms, climate zones, vegetation types and goals each necessitate different management and ecological considerations and success criteria. As a consequence, each will be considered separately in our meta-analysis. However, we can provide some summary numbers.

Most translocations are introductions to new sites within a species range, while about one-fifth are augmentations of existing populations. There have so far been no assisted migrations, where species are moved outside their known range based on predicted climate-change scenarios. Most plants are not moved far (<50 km), and they typically arrive as nursery-grown seedlings and sometimes cuttings; entire plants and direct seeding are less common. Most are nurtured – watered, weeded, fenced, even hand pollinated in the case of some orchids – and about one-quarter involve follow-up plantings. Interestingly, often very small numbers of plants are involved, with 370 translocations involving less than 50 propagules.

About 65% of translocations have involved the collection of monitoring data, which has shown that there has been at least 50% survival after one year. But only 70 (about 10%) could thus far be considered successful in the longer term, having flowered, set fruit and produced substantial recruitment into the population. For many species, some form of disturbance is likely to be needed to stimulate recruitment, while for others it is simply too early to tell.

For now, we’re still chasing up data on a handful more translocation efforts. Then we’ll attempt to tame this huge, messy, monster database. There are missing values aplenty and data of varying quality, but we have assembled a huge body of collective knowledge residing within the Australian botanical community about this complex and evolving way of nurturing plants in our modern and changing world.

Updating the key text
Our review of Australian plant translocations comes at a key time as the Australian Network for Plant Conservation (ANPC) is currently revising their Guidelines for the Translocation of Threatened Plants in Australia. The last edition was published in 2004, and has become the go-to handbook for translocation practitioners. However, around 650 translocations, or nearly 70% of all documented Australian translocations, have occurred since 2004. So, there’s an abundance of new knowledge and the need for an update.

The ANPC has appointed Lucy Commander to manage the Guidelines revision, and held a workshop in Sydney in the first week of August. About 30 translocation experts and ecologists, including four of the six authors of the 2004 edition, commenced work on the re-writing of the Guidelines chapter-by-chapter. Lucy is now collating these edits and suggested changes, and will be working with chapter authors over the coming months. Numerous case studies are also being written to showcase a variety of translocation projects, both successful and less so.

An Information Day organised by Heidi Zimmer (from the NSW Office of Environment and Heritage) and Cathy Offord (from the Royal Botanic Gardens Sydney) was held in conjunction with the workshop, and was attended by a sell-out crowd of nearly 100 people – testament to the interest in translocations in Australia and how they can be best applied to reduce the extinction risk of our most vulnerable plant species.


Top Image: Dr John Morgan of La Trobe University monitors a translocated population of the Endangered grassland herb Rutidosis leptorrhynchoides on the Victorian Volcanic Plain. Planted in the mid-1990s, some of the original plants are still alive, and in November 2016 there were more than 100 seedlings. Hotter spring temperatures being experienced in the region mean their survival is not assured. Photo: Jen Silcock
Subscribe to the Newsletter
Related Projects