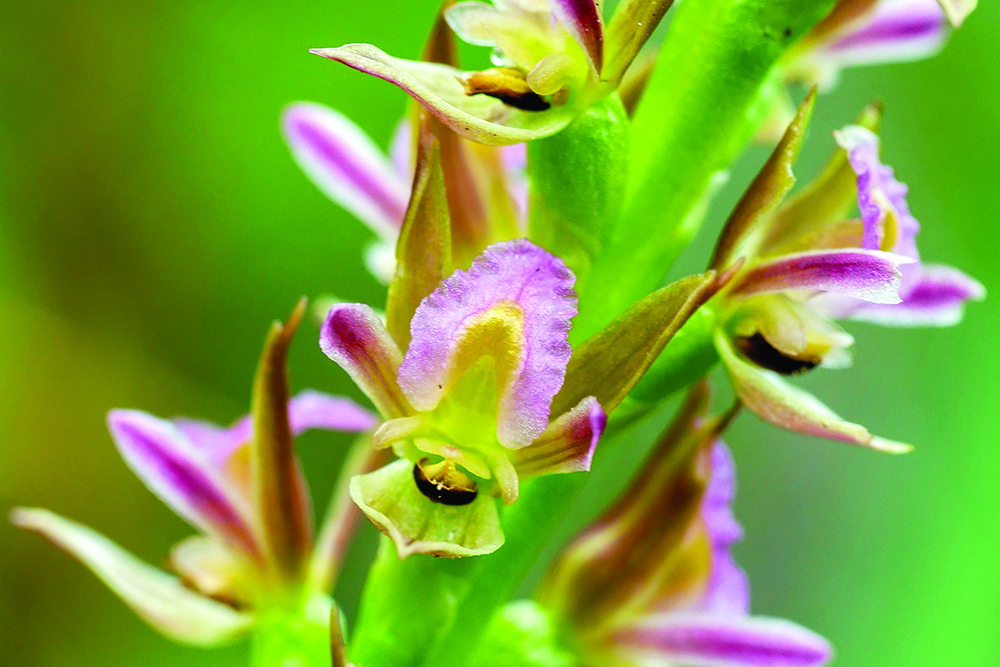 The Royal Botanic Gardens Victoria is a world leader in endangered native orchid conservation, growing and reintroductions, and is giving new hope to species that seemed doomed to extinction. However, the outlook for our many threatened leek orchids (Prasophyllum) has not improved in recent years. Leek orchids are notoriously difficult to grow in cultivation, a problem that has stalled conservation efforts. And with dozens of leek orchid species dwindling rapidly toward extinction, time is running out for PhD candidate Marc Freestone from the Australian National University and Royal Botanic Gardens Victoria to work out how to grow them. He takes up the story.

Australia is rich in orchids, with over 1300 native species – a lot when you consider there are only 200 species in all of North America. Around 140 of the Australian orchids are leek orchids, and most live in bushland remnants across the south of the country. However, with a preference for fertile soils and relatively high rainfall, these little plants suffered severely from agricultural expansion in the south-east of the country during the first half of the last century. Rabbits, weeds, inappropriate fire regimes and declining rainfall patterns continue to plague the survivors, which often hang on in tiny pockets of land that were never ploughed – narrow roadsides, rail sidings or rural cemeteries.


Leek orchids are small, ground-dwelling native Australian orchids, so-called for their single spring onion-like leaf. In the spring, if there’s been enough rain, they produce a spike of small brown, green or white flowers. Around a third of the 140 species of leek orchids are under serious threat of extinction, and 39 species are currently listed under the Environment Protection and Biodiversity Conservation Act 1999. Several species, including the beautiful lilac leek-orchid (Prasophyllum colemaniae) from Melbourne’s outer eastern suburbs, are already extinct.

But not leek orchids. 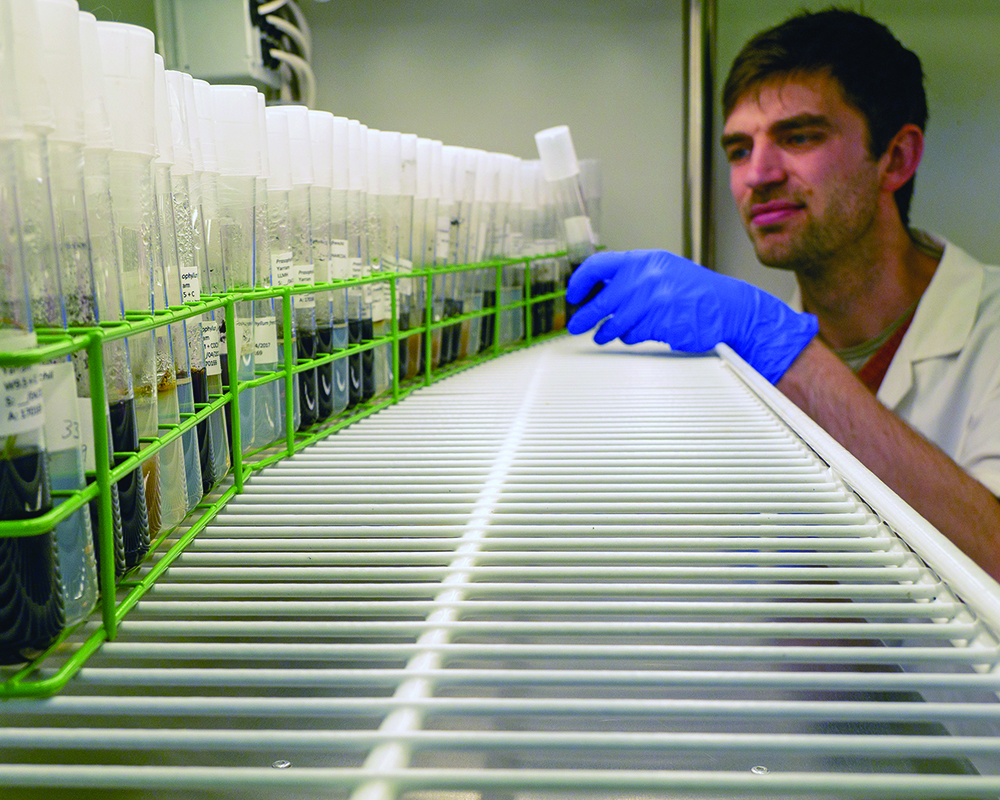 
That’s because we still don’t know how to successfully grow leek orchids. To start with, growing any type of orchid is hard work. Orchid seed is microscopic, and doesn’t contain any food for the germinating orchid seedling. Instead, all orchids rely on symbiotic fungi that live in their roots and the surrounding soil and inoculate their seed. The fungus literally pumps food into the seeds to germinate them. Exactly why remains a mystery, but we can replicate it in the lab by carefully extracting fungi from the roots of a wild orchid plant, growing the fungi in a petri dish, and sprinkling in the orchid seed. But for some reason, leek orchid seed rarely germinates, and when it does, the young seedlings usually brown off and die.

How to grow leek orchids is the subject of my PhD project with the Australian National University, based at the Royal Botanic Gardens Victoria. We have several theories about what might be going on and we are using three of the more common leek orchid species to test them.

Seed viability
An obvious explanation for poor seed germination would be the viability of leek orchid seed. Leek orchids have relatively high rates of self-pollination, and we were curious about how this affected viability. I undertook a large cross-pollination study last season, artificially pollinating over 1000 flowers across our study species, then carefully collecting and painstakingly weighing and chemically staining them to test for viable embryos. Preliminary results indicate that, although seed viability was generally low, it was not low enough to explain the multitude of unsuccessful germination trials in this genus and doesn’t appear to be the problem. 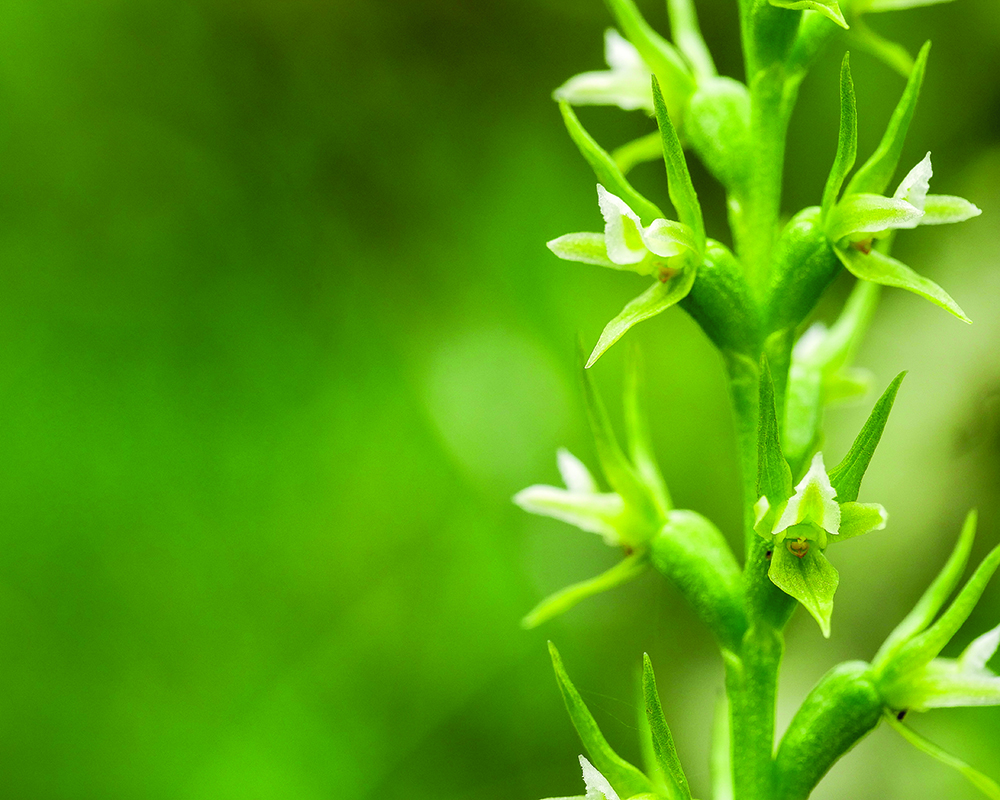 Fungi
The main line of enquiry in my PhD is the relationship between leek orchids and their symbiotic fungi. Some recent data suggests that at least some species of leek orchid associate with a wide variety of fungi species, which begs the question: Which fungi are involved in germination?


To answer this, we have been burying modified ‘tea bags’ full of seed around wild plants to identify the fungi responsible for germination. Supplementary watering over the drier than average winter was rewarded with successful germination events at all three study populations. Hundreds of samples of fungi from these naturally germinated seedlings are now being prepared for germination trials and DNA sequencing.

Nutrition
The final area of study is laboratory germination, particularly the role of nutrients in germination trials. Several experiments are underway with the aim of refining nutrients for future trials. Early indications are promising, and we will have a better understanding of how nutrient levels contribute to the success of germination within the next few months. 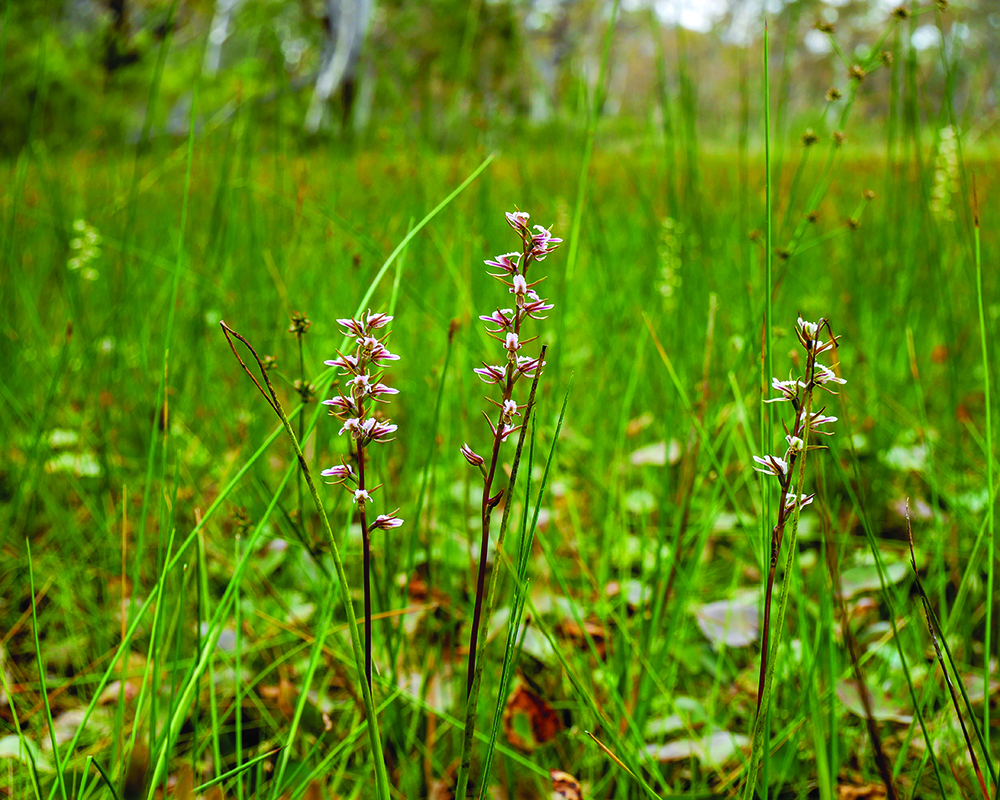 The fragrant leek-orchid from western Victoria is one of our study species. Photo: Marc Freestone

I feel like we are on the cusp of a research breakthrough into the cultivation of leek orchids that could enable us to stop critically endangered species from going extinct.  If we can work out how to grow them, we can then implement the ex-situ cultivation and reintroduction projects that have proven successful with other endangered orchids. Stay tuned …

This project is receiving support from the Royal Botanic Gardens Victoria, the Hermon Slade Foundation, the Victorian Government, the Rural City of Wangaratta, Project Platypus and the Australasian Native Orchid Society.