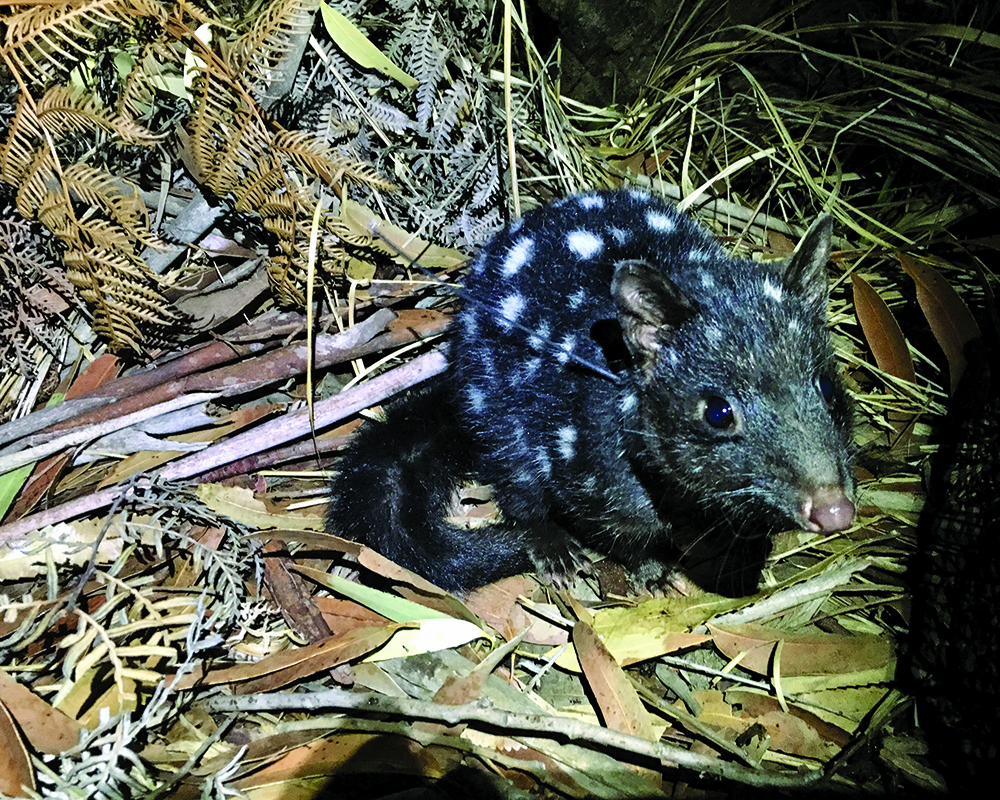 Bundles of quoll joy in Booderee

Monday, 24 September 2018
A pilot project released 20 eastern quolls into Booderee National Park in March 2018, sourcing the animals from two captive breeding sanctuaries in Tasmania. Three of the reintroduced females now have 15 pouch-young, the first eastern quolls known to be born in the wild on the Australian mainland for more than 50 years.

Pilot teething issues
Reintroductions are inherently risky. Worldwide, first attempts typically result in losses, often even up to 100%. Multiple attempts are usually required before a population can successfully establish. This makes three animals already with pouch-young a very encouraging result. 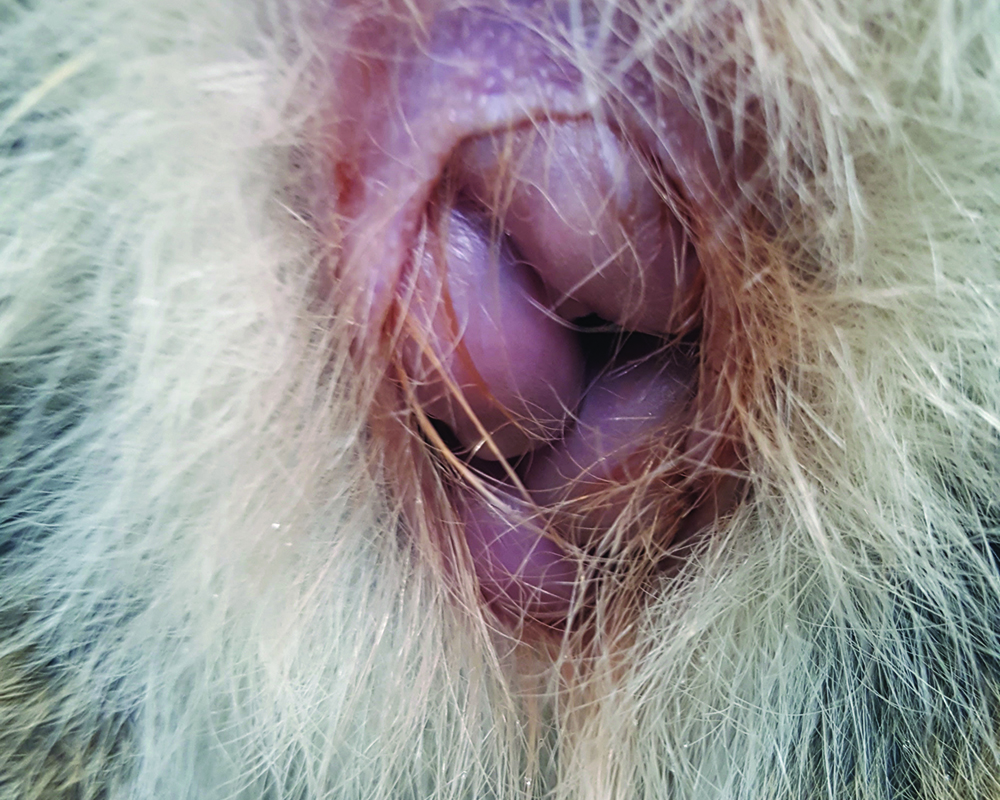 Pouch young were about 2–4 weeks old when they were first observed at the end of June during regular monitoring. Photo: Devils@Cradle

This pilot is a vital first step in identifying the challenges that the quolls face in the wild. Such knowledge then enables an appropriate management action to be implemented to improve the chances of these animals being able to successfully re-establish in the park.
Intensive monitoring of the quolls gave us detailed insight into key threats, and which management actions were working and which weren’t. Despite being raised in captivity, we found that the animals had no problems foraging for food or finding places to den. Regular monitoring found them in good health.

But, over the first three months there were 14 deaths. Investigations showed that predation was the main cause of death. Three deaths were likely due to foxes and one to a dog. Two quolls were attacked by native diamond pythons, one succumbing and the other escaping but later dying of a bacterial infection.


Of the remaining eight deaths, four were due to road trauma, with the cause of the final four still under investigation.

Controlling for threats from cars and foxes
A major objective of the project is to determine the suitability of conditions in Booderee and whether more management actions will be needed before more quolls can be released.

The relatively high number of road deaths was unexpected, and the project team has responded by relocating quolls away from high-risk collision areas. There are also plans to install quoll road signs, while the team is engaging with park users and nearby residents about the need to slow down between dusk and dawn. 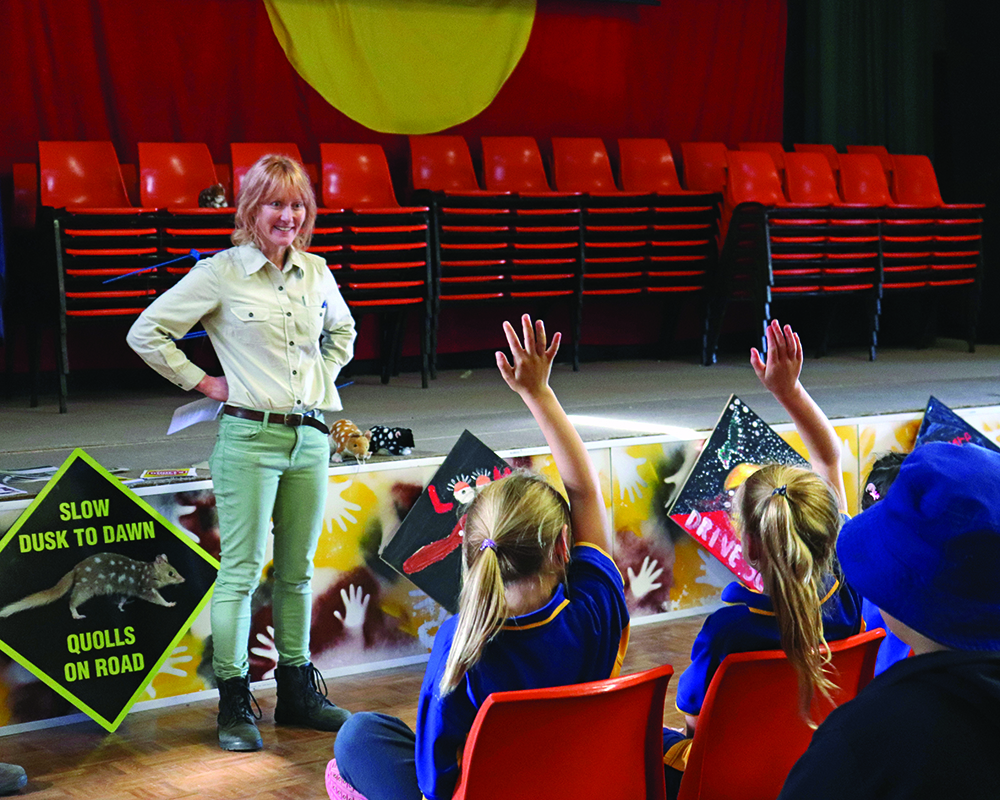 Foxes, on the other hand, were an anticipated threat. Parks Australia has been undertaking intensive fox control in the park for 15 years. In preparation for the quoll release, Rewilding Australia stepped up the control to include off-park baiting on private land to create a buffer to fox incursions to the park. Following the loss of several animals to foxes, additional and more targeted fox control measures were deployed.


One fox was successfully detected on camera triggering a Canid Pest Ejector poison control tool. No further deaths due to fox predation have been recorded.

Future translocations: Applying the learnings
The learnings about fox incursion have led to NSW National Parks increasing fox baiting on land it manages immediately outside Booderee National Park, and monitoring for results from this heightened buffer-zone strategy. The team also acquired new understandings about smaller-scale fox–quoll interactions – both species use tracks and both are attracted to carrion, which means they are quite likely to interact in the park. Future monitoring of such tracks when more eastern quolls are released into the park will help identify fox incursion more quickly.

The project has proven that captive-bred eastern quolls reintroduced to Booderee can successfully forage, den and breed.


It has also demonstrated the capacity of managers to respond to research findings to improve the survival rate of the quolls. The learnings in this pilot will help refine how future translocations of eastern quolls are implemented. Further releases are planned for 2019.

I found out that the quolls live by the sea. I thought they'd live in among the trees, in the forest area. Finding the quolls living in Wreckie was surprising. It was good that they were living there. We [Wreck Bay Village folk] had never seen a quoll in Wreckie before. It was real different. Other Wreckie folk thought that having quolls live in the village was good; it was a new thing for them, too.

Their territorial behaviour was surprising. The way that they spend time in a particular area. Also, I didn't think they'd attack each other but seeing them fight was interesting. [Two males were seen fighting in WBV.]

I saw the quolls eating crabs. While on a boat with my uncle, I saw the one at Kitty's beach eating crabs in the afternoon. 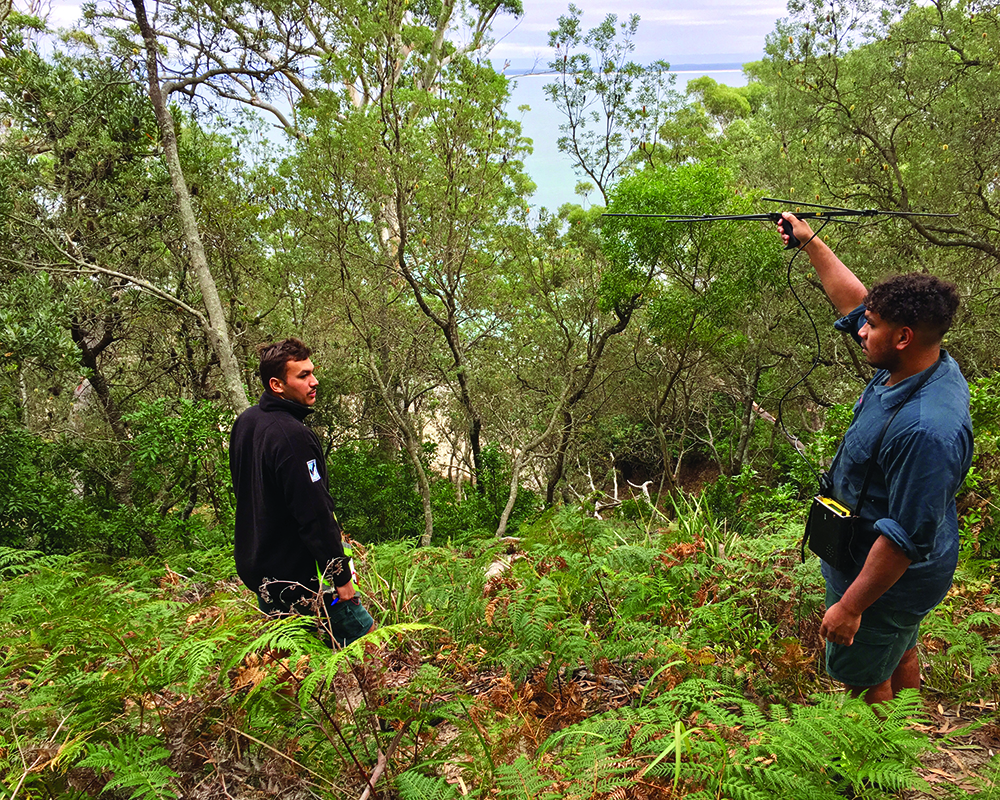