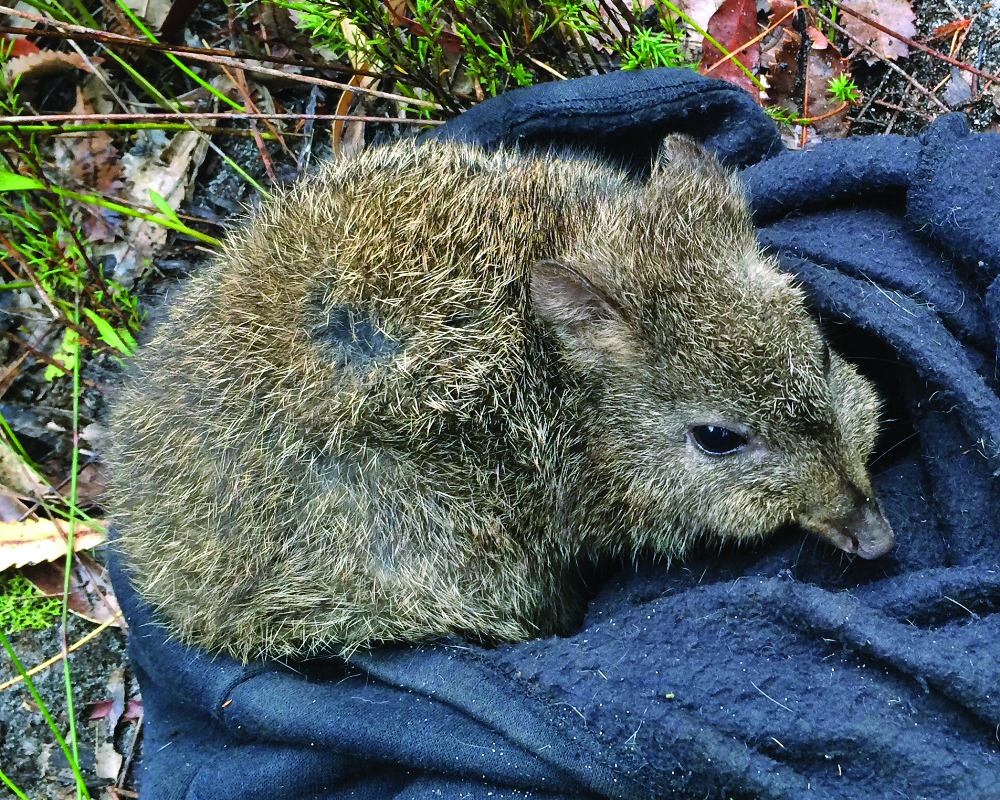 The missing mammals of Booderee

Monday, 24 September 2018
Biodiversity monitoring at Booderee National Park between 2003 and 2016 encompassed a range of vertebrate groups including mammals, birds, reptiles and frogs, as well as native vegetation. This has clearly established that it is mammal species only that have experienced losses over the period in Booderee.

The park has seen the apparent local extinctions of the tree-dwelling greater glider (last seen in 2006) and common ringtail possum (last seen in 2014). There have also been major declines of other mammal species like the bush rat, the tree-climbing marsupial the brown antechinus, and the ground- dwelling long-nosed bandicoot. Each of these is now uncommon or rare and found in just a fraction of the sites they occupied in 2003.

The losses and declines from this well-managed park are even more surprising as these species still persist in surrounding areas outside of the park.


Booderee National Park – an iconic Australian reserve
Booderee National Park is located in Jervis Bay in south-eastern Australia, around 200 km south of Sydney on the New South Wales coast between Nowra and Ulladulla. First established as a national park in 1992, it is a 6600 ha reserve that supports more than 200 terrestrial vertebrate species, including threatened species and threatened ecological communities.

Booderee National Park is a highly effective science–manager partnership between Parks Australia, the Wreck Bay Aboriginal Community and the Threatened Species Recovery Hub. It was ranked as one of Australia’s best-managed protected areas by WWF Australia in 2008.


Park management activities
The three key activities in this very well-managed park have been control of foxes and weeds and the careful application of prescribed fire. It has been possible to eliminate each of them as independent causes of the mammal declines.

The start of the monitoring program coincided with the intensification in 2003 of an existing poison-baiting program for the exotic predator, the red fox. The baiting program greatly reduced the numbers of foxes in the park. It was expected that reducing fox numbers would lead to the recovery of native fauna. However, researchers instead observed the steep declines of some species and the local extinction of others.

The declines in Booderee were not only unexpected but also counter-intuitive with respect to fox control. The common ringtail possum, for example, was expected to benefit from fox control as a major prey of foxes, but has instead declined dramatically and may even be locally extinct. 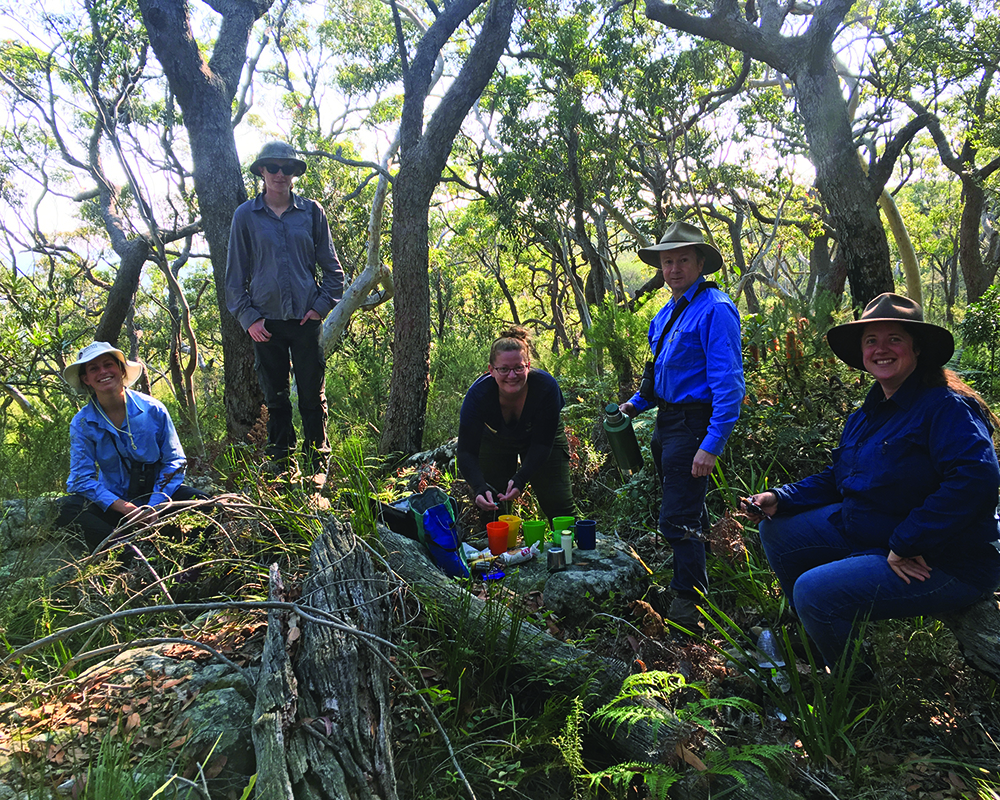 Identifying the causes
Many hypotheses about the causes of declines and extinctions have been considered and tested, but after five years of careful study, the reasons are still unknown.


In addition to fox control, weed control and fire management, wildfire has also been eliminated as a potential cause of the declines. A large wildfire burnt half the park in 2003, the same year the fox-baiting program was intensified and species monitoring program began, but many species were either minimally affected or have recovered from it. Also, the species that declined were lost from both burned and unburned areas.

Neither can blame be assigned to cats. They are rare in Booderee National Park, and there is no evidence their numbers have increased with the decline in foxes. Other potential reasons for the native mammal collapse have been ruled out. These include:
• Competition among hollow-using species
• Native herbivore release and over-browsing
• Native predator release
• Exotic herbivore release
• Food limitation
• Consumption of poison baits
• Disease
• Climate change
• Invasive plant species
• Natural population patterns

Additional causes are being considered that have yet to be comprehensively tested. Chief among these is that the declines and losses may ultimately be due to a combination of stressors, including those already ruled out as independent causes and possibly other causes that have not yet been identified. Even management practices with a compelling case for widespread application, such as fox control, should be re-examined for their potential to produce unintended perverse effects when combined with other factors.

Isolation is another factor that is being considered. Booderee National Park occupies a peninsula surrounded by considerable (and rapidly increasing) urbanisation. On peninsulas, population declines and losses may not be able to be reversed by immigration. Isolation impacts may explain past mammal extinctions in the park, such as losses of the spotted-tail quoll and the yellow-bellied glider in the 1980s, and could also go some way to explaining the unreversed losses observed now.


Another factor to consider is that important ecological roles played by some (now declining or lost) species may have already been lost from the park and this is having flow-on effects to remaining species. Although foxes may have played a key role in the demise of these species, the removal of foxes from the park cannot restore species that no longer exist. 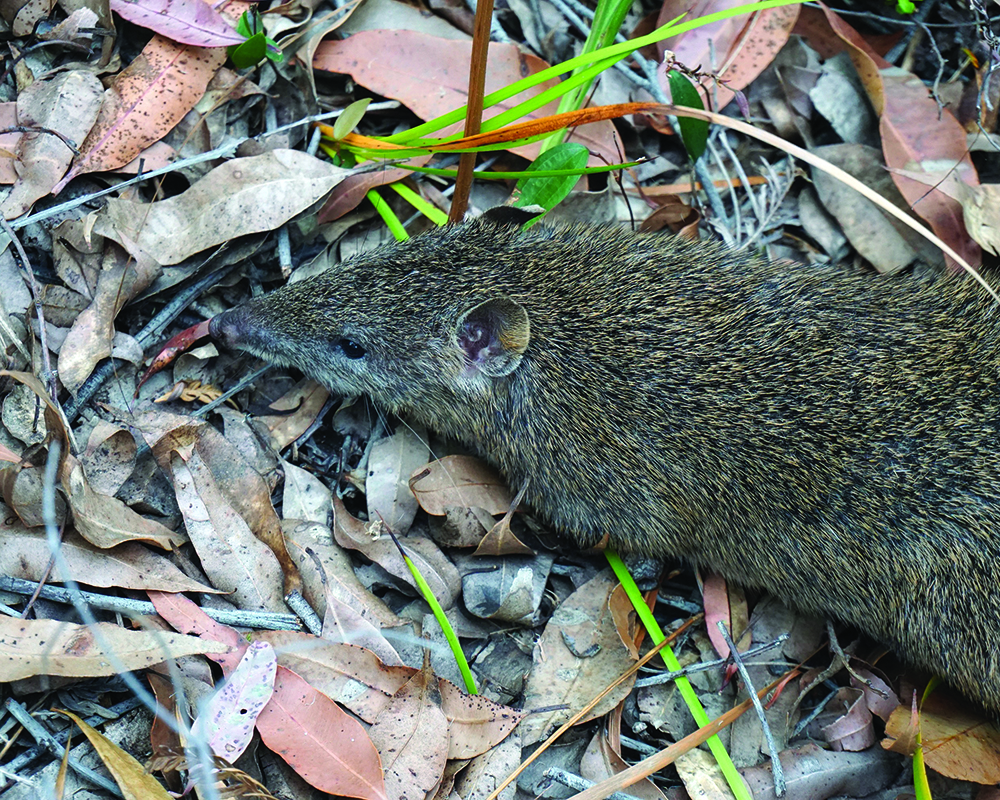 Positions vacant
Some of the park’s ecological niches are now vacant. The top native mammal predator in Booderee was lost with the local extinction of the spotted-tailed quoll in the 1980s. The recent losses of greater glider and common ringtail possum mean the community of arboreal marsupials is also greatly depleted.

Parks Australia is already working with many partners to undertake mammal reintroductions, with the aim of replenishing vacant niches and restoring the depleted community of mammals. The reintroductions include the recent reintroduction of the meso-predator, the eastern quoll.


Southern brown bandicoot and long-nosed potoroo reintroductions and translocations have also been conducted.

The TSR Hub is working closely with Booderee National Park and other partners to carefully monitor the reintroductions. The information will allow managers to adapt the management of the park to achieve the best possible outcomes for the animals released.

Park managers must be alert to declines as they emerge, so they are able to alter management regimes before it is too late. The research also suggests that (even subtle) changes in animal communities need to be tracked rather than just those of individual species. This means that monitoring must continue and early signs of losses identified so that critical changes can be detected in time to act.

This is a joint project of the Australian National University and Parks Australia. Wreck Bay Aboriginal Community have been consulted and support the project.