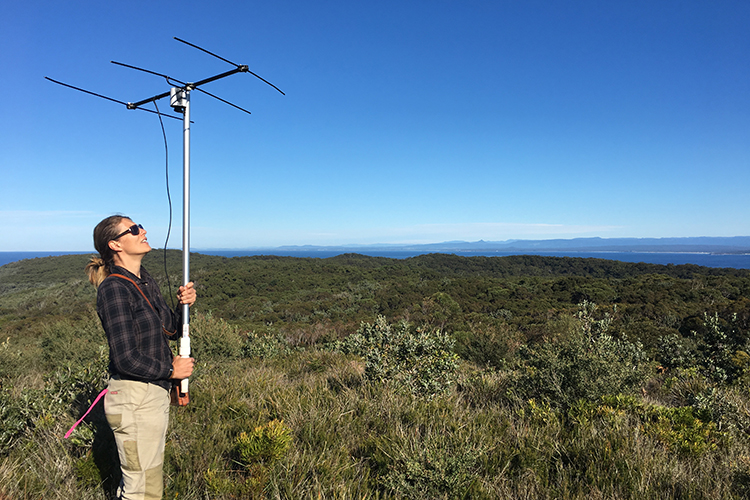 The Threatened Species Recovery Hub is celebrating great conservation outcomes from projects taking place in Booderee National Park for two Endangered species: the eastern bristlebird and the southern brown bandicoot (eastern subspecies). The Australian National University’s David Lindenmayer and Chris MacGregor give us the scoop on the bristlebird and Natasha Robinson shares the good news about the southern brown bandicoot.

The eastern bristlebird has been lost from the vast majority of its former habitat along coastal eastern Australia, but is persisting in Booderee National Park. Surveys for all bird species at more than 130 long-term sites throughout Booderee have found that while the eastern bristlebird is largely absent from wet forests and rainforests, it is widely distributed in many other vegetation types found there. These include heathland, shrubland, sedgeland and woodland, especially where the ground cover and shrub layer are well-developed.

Good news for the bristlebird

Our monitoring is showing that not only are populations of the eastern bristlebird widespread throughout Booderee National Park but they appear to be slowly increasing. Further analysis of our data over the coming year will quantify changes in the number of sites the bird is occupying and the number of individuals at each site. The most likely reason for this positive outcome is outstanding attention to intensive fox control by park managers. The eastern bristlebird is a poor flyer and spends almost all of its time on the ground, where it can be vulnerable to predation, especially by foxes and feral cats. Feral predator control is therefore key to its effective conservation.

Our long-term surveys have spanned several major fires, and shown that the species has survived in burned areas, especially where there are unburned refuges. Indeed, the presence of these refuges is one of the factors promoting the speed of recovery of the eastern bristlebird in regenerating vegetation following fire. Fox control after fires is particularly critical, as burning can remove vegetation cover, facilitating hunting. The presence of refuges from fire coupled with effective fox baiting are thought to be critical factors supporting the persistence of the bird in Booderee.

The eastern bristlebird also responds positively to control of highly invasive plant species such as bitou bush. Experimental studies have shown the removal of this noxious weed and revegetation with native vegetation cover has had positive effects on the bird’s occurrence. This also highlights how weed control can be as positive for birds as it is for plant communities. 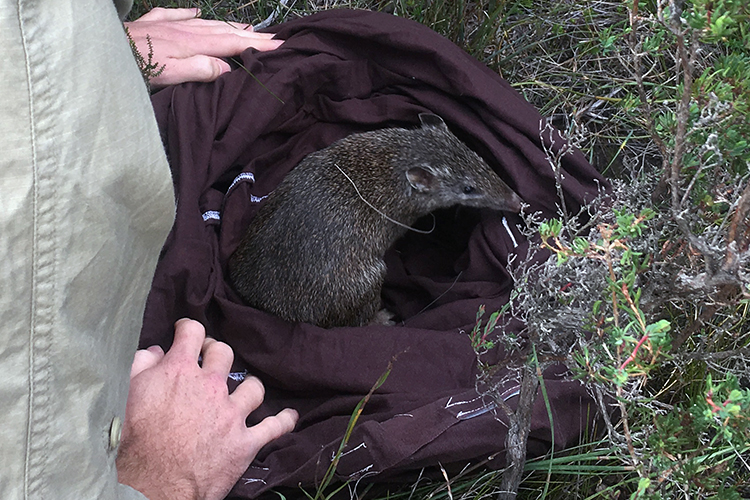 Return of a marsupial

We have also recently collaborated with Booderee National Park on the reintroduction of 27 southern brown bandicoots (eastern subspecies) that were sourced from the nearest wild population, located in state forests near Eden, New South Wales.

Southern brown bandicoots are a nationally threatened marsupial. Once very common across their historical range, the coastal fringe from northern New South Wales to Victoria and South Australia, they have since declined to small, isolated populations and were last recorded in the Jervis Bay region in 1919.

The bandicoot has suffered a combination of threats, including predation by feral cats and foxes, habitat loss and fragmentation, and altered fire regimes. 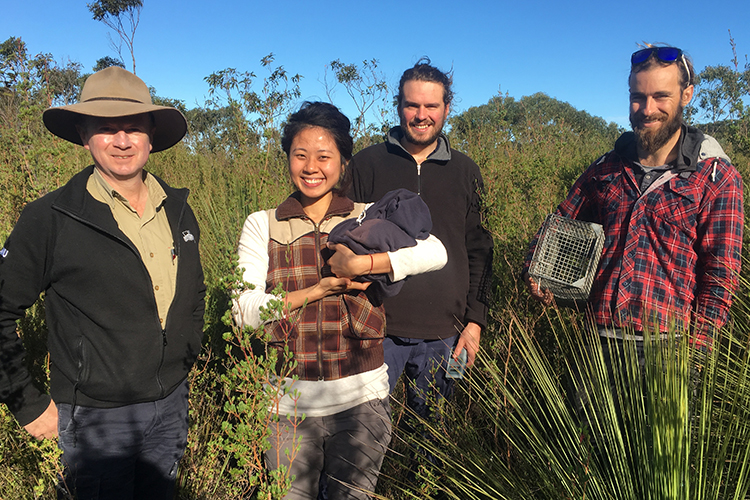 Good news for the bandicoot

Over the past three years, we have used radio tracking, trapping and genetic analysis to monitor the survival, movements, habitat preferences, breeding and genetic diversity of the reintroduced population. Many volunteers have assisted with this monitoring. Our tracking data has revealed that the bandicoots have a preference for habitats like heath and woodland over forest, and that males and females have a similar home range.

The reintroduced bandicoots have successfully bred, with evidence of pouch young in the first year. The first adult bandicoot born at Booderee was caught the following year (2017). The bandicoots had a minor setback soon after, with a September 2017 wildfire in the location of the population. However, we trapped just after that and found several individuals, including some with pouch young, persisting in small unburnt refuges within the burnt landscape.

In addition, we found that the bandicoots continued to use the burnt landscape, adapting the location and structure of their nest sites to within dense regenerating vegetation. 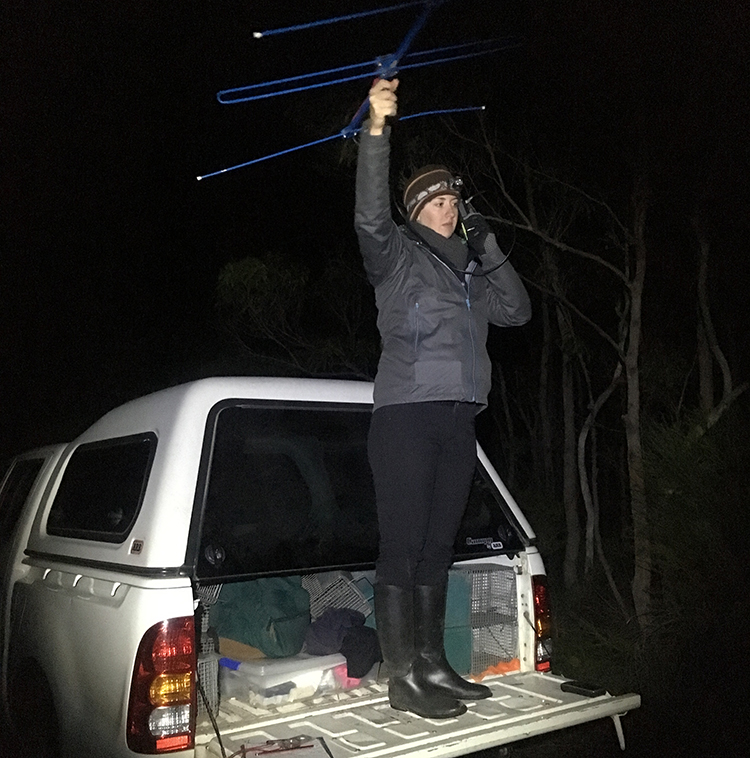