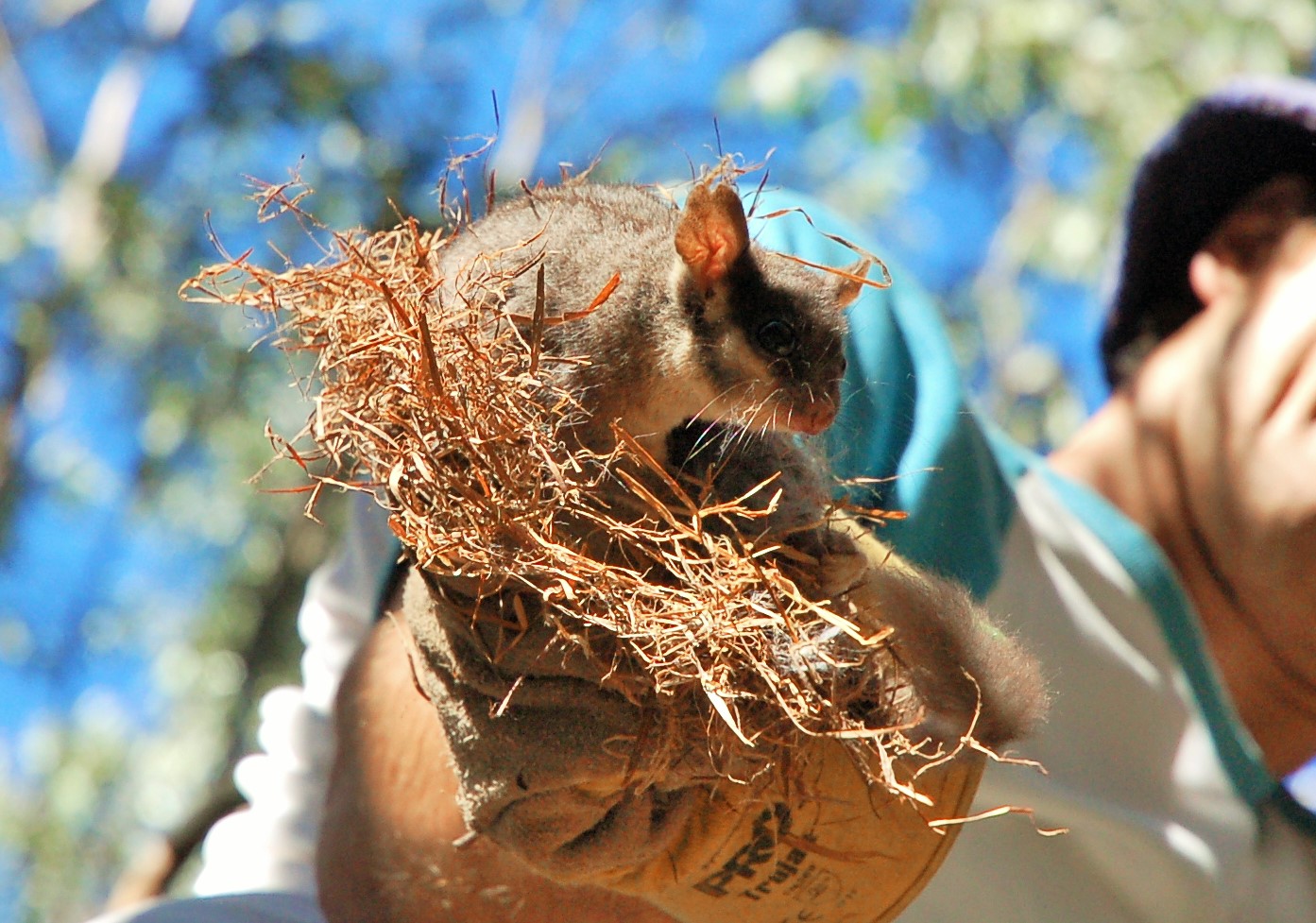 What do Leadbeaters Possums get up to at night?

Environmental managers will soon have a whole new understanding of how far critically endangered Leadbeater’s Possums travel each night and how their habitats can best be managed.

This data will be provided by tiny GPS tracking harnesses, custom built by researchers at ANU and funded largely through the TSR Hub.

“This research is just now possible with the new transmitters, which are the best and smallest available. They’re only 7 grams in size but hold batteries, motion detection electronics and an antenna,” says Lachie McBurney, Senior Research Officer at Fenner School of Environment and Society.

“In the past we’ve used traditional UHF radio tracking collars and would walk through dark, wet and dense mountain ash forest with big radio antennae trying to work out which direction the animals were coming from.

“It was dangerous - Leadbeater's Possums live in really thick forest: 80-metre-tall trees, 30-metres in the mid story and really dense understory. All you’re really doing if you’re trying to follow an animal at night with a UHF collar is scaring it away from you.

“Now, like the GPS in your phone or car, we can record where the possums are at any given point in time. We’ll get around a week’s detailed data, recorded at ten minute intervals each night to preserve battery life.”

“This will influence policy and management on the ground in state forest and national parks, as well as timber production forest areas, where they live. We’ll know how much habitat needs to be protected to ensure the survival of each colony – if it needs to be altered or expanded from current protections.”

Trials are currently taking place with the new harnesses to test the electronics and accuracy, and the research will run at a number of sites over the following 6-18 months.

“We’ll most likely be analysing the data over the next year but as this is a critically endangered animal, this is the only place they exist anywhere in the world, we imagine the results will influence management decisions quite quickly.”

And how do you trap a Leadbeater's Possum?

“Peanut butter, oats and lots of honey. And hard work!”