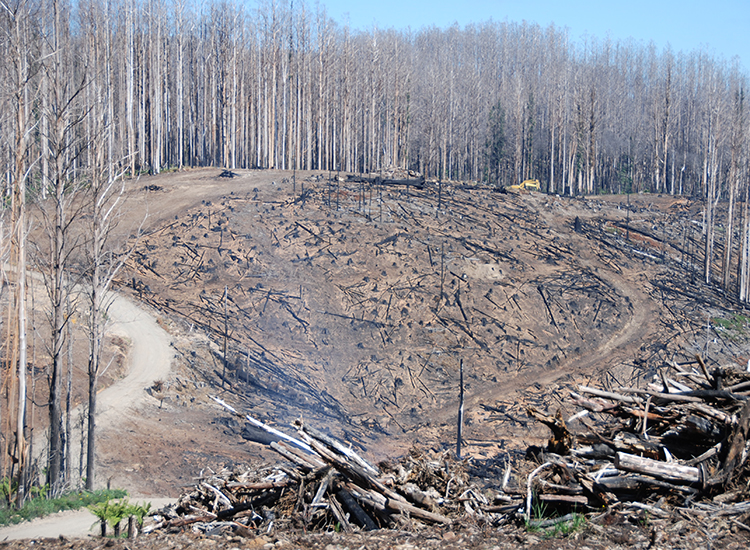 Studies of previous major forest wildfires in Victoria in 1983 and 2009 have provided valuable insights into how forest ecosystems will respond to the 2019–20 bushfires. Forest ecologist Professor David Lindenmayer of The Australian National University talks about how pre-fire forest condition and age influence recovery.

Recovery is faster from less severe fires as more plants and animals survive. Fire severity is influenced by forest age. Fires in old growth forests tend to be less severe. Young forests such as those regenerating after logging are more likely to burn more severely and for the fire to burn or scorch the tree canopy. This effect was found after the 2009 wildfires in wet ash forests in Victoria, but more recent analyses have shown that there are similar effects in other (drier) forest types, including those burned in the 2019–20 wildfires. The effects of logging on fire severity are long-lasting, persisting for approximately 40 years.

There are several factors that contribute to this increased fire severity: (1) harvesting leaves behind significant amount of debris, which add to fuel loads; (2) wet understorey vegetation such as tree ferns are severely reduced (by up to 96%) by logging operations, thereby drying the forest; and (3) the densely stocked regrowth established after logging rapidly self-thins over time, adding many dead saplings to the forest floor and further increasing fuel loads.

Post-fire recovery is strongly influenced by the legacy of living and dead materials left after the fire that help the forest to recover. This includes things like trees, logs, seeds and surviving animals.

A key insight from 2009 was that many animals survived the fires. For example, every one of the 18 mountain brushtail possums that we radio-collared before the 2009 wildfires survived those fires, even in places that burned at extremely high severity. Genetic studies of populations of surviving small mammals showed that these remaining animals founded most of the recovering populations in regenerating areas.

Population recovery is likely to be fastest when animals persist within a burnt area rather than relying on new animals to move into the area from more distant unburned areas. Of course, for animals to survive and then persist after fires they must have sufficient resources.

In many of Australia’s tall, wet forests the most limited resource is tree hollows, which many animal species depend on for breeding and denning sites. It takes at least 120 years for trees to start to form tree hollows, so forests regenerating after logging are generally lacking in tree hollows.

Old growth forests have more tree hollows so are likely to have healthier populations of many wildlife species before fires and more places for wildlife to shelter during a fire.

When old growth forest is burned, many of the large hollow-bearing trees remain, either living or dead. These provide nesting and sheltering sites for many species, and speed the recovery of hollow-dependent wildlife, like the Endangered greater glider and Leadbeater’s possum, by as much as 100–200 years. 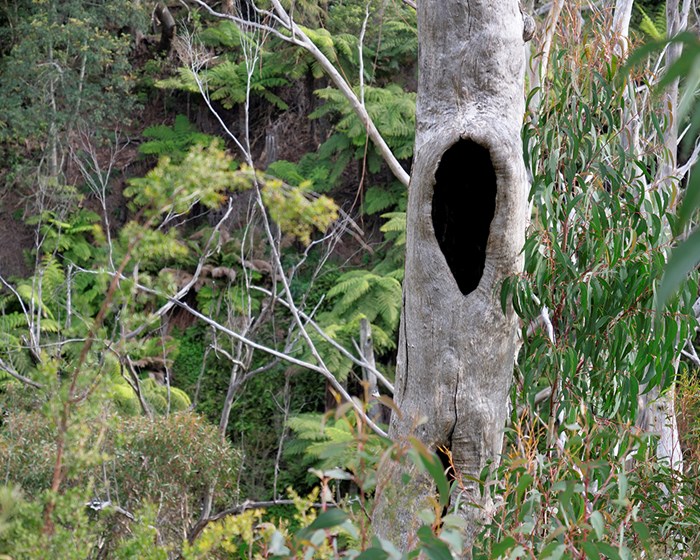 The hollows in this fire-killed tree are a precious resource within the surrounding younger forest. Image: Jaana Dielenberg

In summary, the condition and age of a forest at the time of a wildfire matters to the speed of the recovery. It matters because it influences the severity at which a fire burns and what legacies will remain after the fire to aid recovery.

Old growth forests experience less severe fires and recover fastest. However, old growth forests are now uncommon in many parts of the Australian native forest estate. By growing larger areas of native forest through to ecological maturity we will support stronger recovery after fires, both for the forests and the species within them.

Top image: Standing dead and damaged trees provide important nest and den sites in regrowth forests. When they are removed through salvage logging, as is occurring in this photo, ecological recovery will be far slower, potentially set back 100 years or more for some species. Image: David Blair