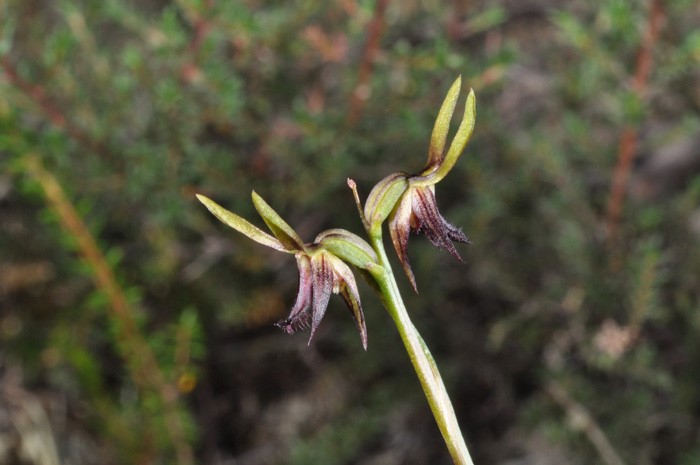 Threatened plants tend to receive less attention than threatened animals and, while work to recover them is ongoing, there’s a serious risk that further declines could go unnoticed until it’s too late.

Associate Professor Rod Fensham knows that some plant species are more at risk of sudden extinction than others, and his challenge is to identify which are most at risk and which can be saved.

“A plant species that could go extinct rapidly is basically one that is restricted to one or two small fragmented populations, and these populations are destroyed through habitat destruction, disease or an event such as fire,” says Associate Professor Rod Fensham from the University of Queensland.

Professor Fensham leads the TSR Hub’s Project 2.4, which has been tasked with developing a Red Hot List for Australia's most imperiled plants.

This will serve as an early-warning tool to alert managers of at-risk species and provide information to enact on-ground conservation efforts.

“Red Hot species will be rare and restricted, declining or at demonstrated risk, distinct/unique, and often with high cultural values and/or flagship potential,” says Jennifer Silcock, who will be engaging with communities around Australia to compile the list.

“There must also be identifiable and achievable recovery actions that we know we can use to prevent their extinction.”

“These may be threatened ground orchids, coastal heath plants in rapidly-urbanising south east Queensland, and species found in desert springs which are under threat.”

Another example is South-western Western Australia species that have declined due Phytophthora water mould dieback, such as Banksia brownii, Banksia montana, Banksia pseudoplumosa.

“We know that we have to develop this tool as quickly as possible, because there’s a risk that some species could go extinct before its completion. To make sure that doesn’t happen, we’re involving a wide range of experts,” says Associate Professor Fensham.

Researchers will review the current threatened species lists – national, state and territory - and investigate the threats that put these species at risk of extinction.

Special consideration will be given to plants of importance to the community, as well as those that are unique or are associated with threatened habitats.

The complete Red Hot flora list, along with conservation profiles and recommended management actions to provide for their recovery, will be accessible online from December 2017.

“We expect to see positive outcomes shortly after producing the list. Managers will have a clear sense of which species to focus on, identifying and prioritising conservation management actions to reduce the likelihood of extinction,” says Associate Professor Fensham.

The work that’s gone into this research will be useful for many years to come. The investigations into the vulnerabilities of plant species to wide ranging threats will assist in the future care of these and other species.

The Threatened Species Recovery Hub is also running a similar project to save threatened mammals - see Project 2.1 Emergency care – identifying and prioritising actions to save fauna species at acute risk of extinction.