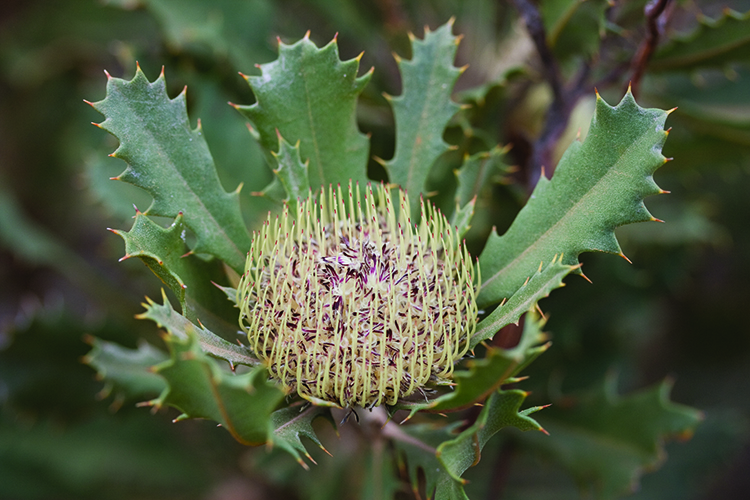 Threatened plants tend to receive less attention than threatened animals, even though they make up 72% of all threatened species listed under national law. To draw attention to our species in trouble, a TSR Hub project has identified the top 100 Australian plant species at greatest risk of extinction. We’ve also identified the 21 types or groups of plants under greatest threat. Jen Silcock from The University of Queensland talks about the findings.

A total of 1318 plant species are listed as threatened at a national level under the Environmental Protection and Biodiversity Conservation Act, and 370 are Critically Endangered or Endangered at state level. That is around 5% of Australia’s known plant species. Of 1135 species and subspecies listed as Critically Endangered or Endangered at national and/or state level, over one-fifth are known from a single population, and 60% are known from five or fewer populations.

With limited resources it is vitally important to identify the species that we could feasibly save that are at greatest risk of extinction. This alerts  conservation managers to their plight and gives them time to act before species are lost. To meet this challenge we have developed a ‘Red Hot List’ of Australia’s most imperilled plants.


The ‘Hottest 100’
To identify species we interviewed more than 120 botanists and land managers and reviewed all available published information. To be considered plants had to meet International Union for the Conservation of Nature (IUCN) criteria for listing as Endangered or Critically Endangered. To maximise the benefits of conservation action we also restricted the list to species which are rare and declining from threats which can feasibly be overcome. This ruled out ‘narrow- range endemics’ – naturally rare or restricted species such as plants that grow only on one island or a few mountain tops. While these species only have a tiny distribution, they sometimes occur in remote or inaccessible habitats and have few threats.
From a shortlist of 420 species that met our criteria, we drew up a ‘Hottest 100’ of Australia’s most endangered plants. The chosen 100 species fall into 21 overlapping categories called flagship groups, based on key threats, regions or plant types. These flagship groups represent the most endangered types of plants in Australia. 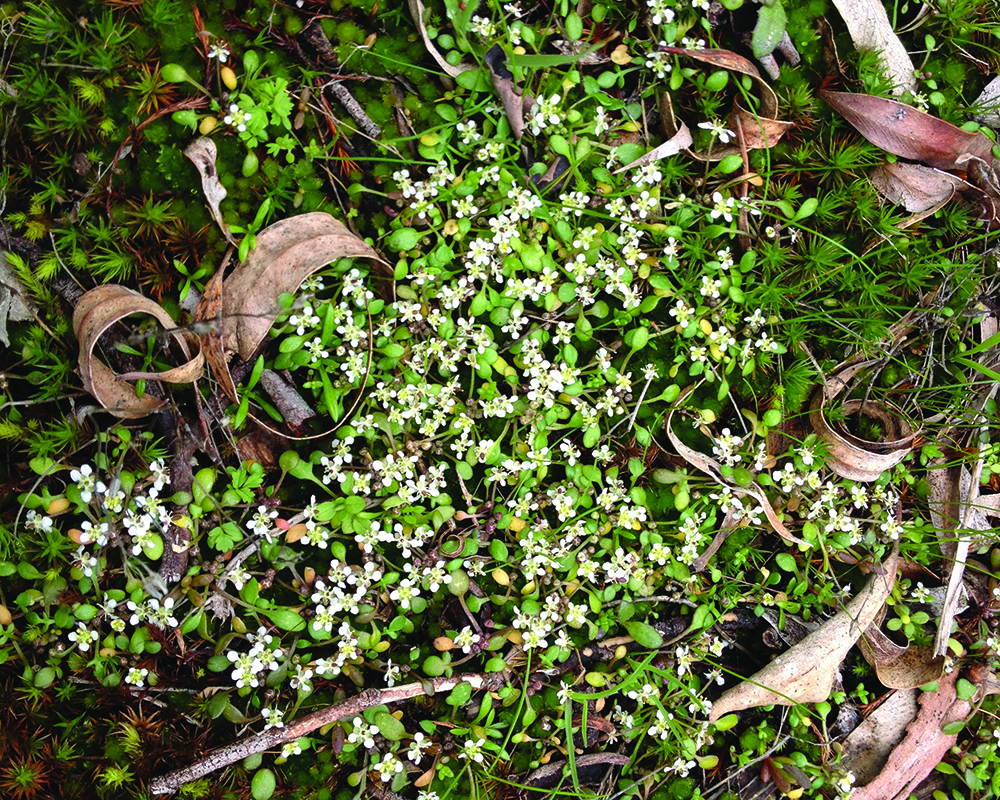 Southern shepherd’s purse (Ballantinia antipoda) was presumed extinct until it was rediscovered in Victoria in 1983. It is persisting at a single site on a rocky mountain near Bendigo, with threats from human disturbance, changed hydrology and projected climate change. Photo: Paul Foreman


We designed the 21 flagship groups so that the species in each group can raise awareness and leverage conservation action for the entire group. For example, conservation actions which benefit species in highly urbanised and growing areas, such as increased habitat protection and bushland restoration, are likely to have benefits for a suite of other species that live in these habitats.


Fifteen ground orchids, such as the Critically Endangered blue top sun-orchid (Thelymitra cyanapicata) have made the list from six states. While these are the most in peril, they also raise the profile of threatened ground orchids more generally and issues associated with small fragmented populations.


Research or management to address the impact of myrtle rust on the endangered angle stemmed myrtle (Gossia gonoclada) is also likely to have applications for many other species facing the same threat. 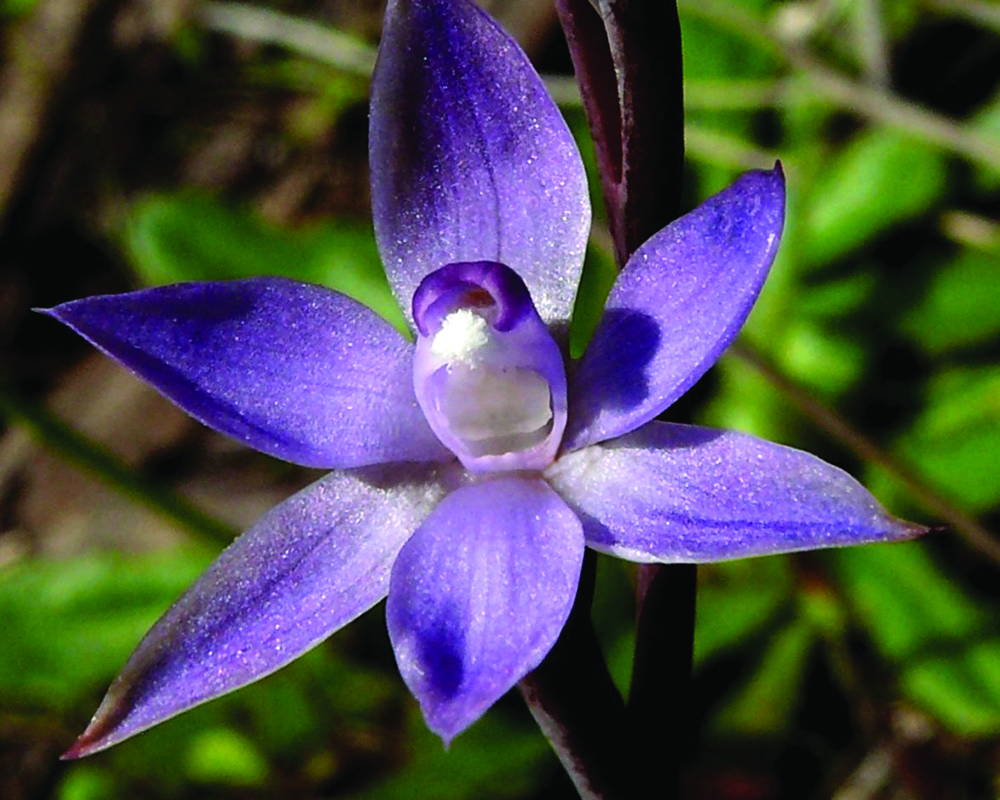 The blue-top sun-orchid (Thelymitra cyanapicata) is known from just one location on the Fleurieu Peninsula in South Australia, where there are <100 individual plants. Photo: Bob Bates

The areas with the greatest concentrations of red hot list plants are shown on the map (below). An obvious observation is that concentrations are generally highest in the areas with the highest historical and ongoing development, including around Brisbane, Sydney, Melbourne, Adelaide and Perth. These are followed by the agricultural districts surrounding these regions. In these areas, many threatened plants are now restricted to small, fragmented populations, which are vulnerable to ongoing declines and local extinction. These small remnants surrounded by suburbs or farmland often also miss out on important natural processes like fire, which many species need to germinate.

Number of Australia’s Red Hot plants by biogeographic region. The Pacific Subtropical Islands bioregion (Lord Howe and Norfolk Islands) has three Red Hot list species and the Sub-Antarctic Islands have one, but these are not visible on the map due to the scale.

Saving our species
The good news is that with adequate commitment and investment every species on the list can be saved. We have the knowledge and techniques required, and the threats are manageable. Even plants in the myrtle rust flagship can be saved from extinction: while we may not know how to control myrtle rust at this point, we can set up insurance populations in myrtle rust-free areas. To ensure these plants have the best chance of survival we are raising awareness about them with the federal, state and territory governments, conservation groups and the public to help us spread the word.