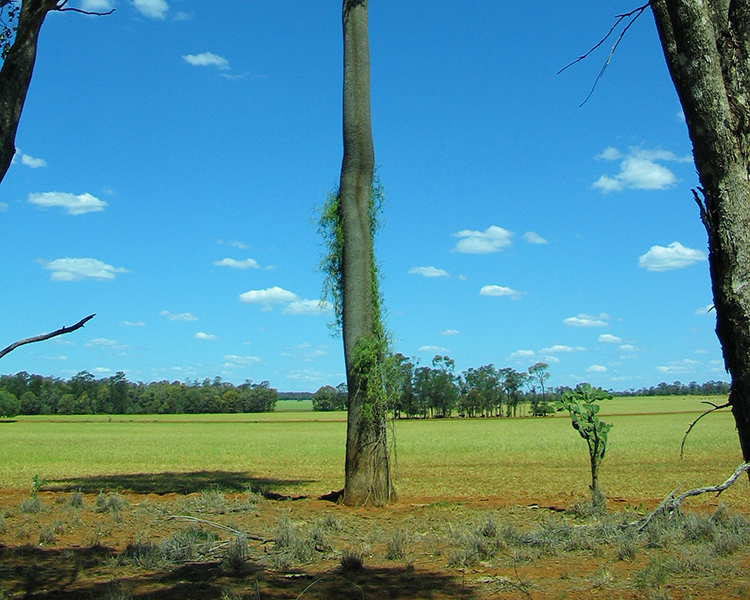 The vast brigalow forest that extended from northern New South Wales to southern Queensland has been cleared in the space of 60 years. It seems likely that many species have become threatened with the destruction of the forest. Rod Fensham and co-workers have identified the plant species that are likely to have become threatened and many of these species were not previously recognised as imperilled.

The brigalow forest occupied about 14 million hectares of the fertile plains between the coast and the semi-arid interior of Queensland and New South Wales and has been extensively cleared and converted to pasture and crops since the 1950s. Today only about 8% of the original forest is still standing and large areas of the remainder are heavily degraded with infestations of exotic grasses. This raises the important question: What has been lost with the brigalow forest? It is entirely probable that formerly common species have become endangered over the relatively brief period of time during which the forest was cleared without anyone having realised. How do we identify the plant species that are likely to have been imperilled with the decimation of the brigalow forest?

The first step in the process was to identify the plant species that occur where the brigalow tree provides habitat. There are about 16 million records of plant collections available online through Australia’s Virtual Herbarium, and all of these records include locations of where a specimen was collected. Many also provide habitat descriptions. 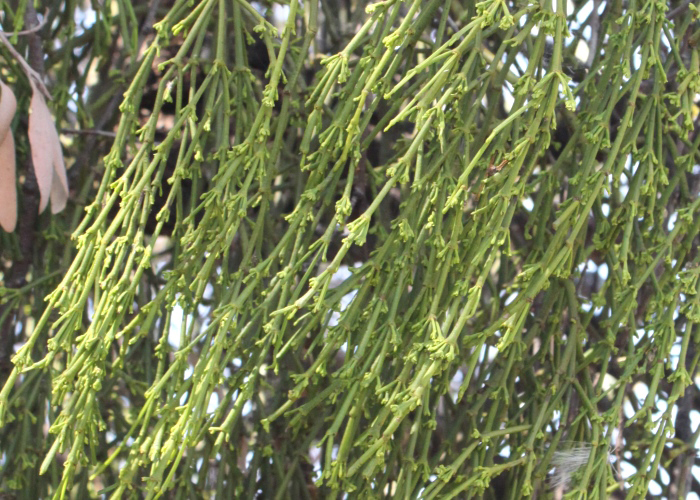 The scientific name of brigalow is Acacia harpophylla, so we used the search terms ‘brigalow’ and ‘harpophylla’ in the habitat field to identify over 1,000 plant species that occur with brigalow.

We also reasoned that the closer a species was associated with the region where brigalow was cleared (the Brigalow Belt biogeographic region) the more likely it was to be in trouble. Using a Geographic Information System, we mapped the area where records occurred for each species. We then derived another index that was a fraction representing the proportion of a species geographic range within the Brigalow Belt biogeographic region. We multiplied this index with the first fraction and represented the product as a percentage. 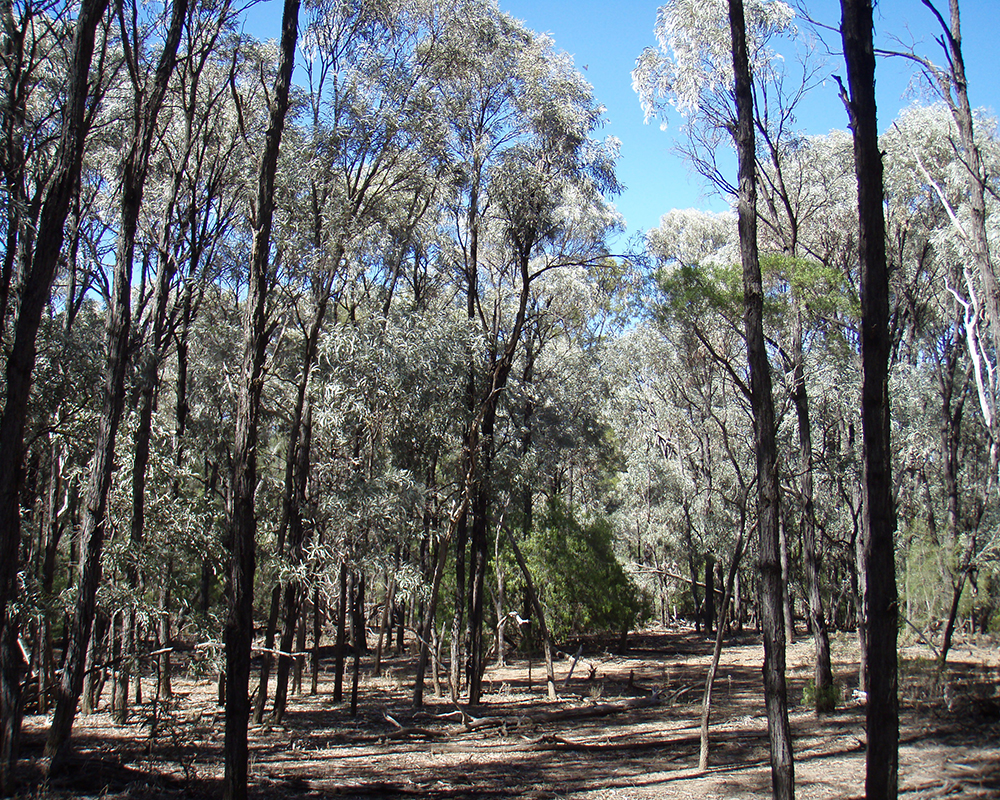 The flora of the brigalow forest consists of 1,229 native plant species. Of these, 56 have a Threat Exposure Index score greater than 10 and probably include the species most threatened by the clearing of brigalow forest. Twenty of the 56 also occur in habitats that have not been extensively cleared so are likely to persist into the future. Of the remaining 36, 10 species are almost exclusively associated with brigalow forest.

Importantly, some of the plant species identified by our process had never previously been recognised as threatened. Our analysis brought their parlous prospects amongst the diminishing brigalow forest into sharp focus.

One of the species is a tree in the genus Denhamia that is only known from a single specimen. Another is a species in the genus Aneilema. It’s allied to the weed wandering jew though the white flowered Aneilema stands upright and has only rarely been sighted. There is also a mistletoe,Viscum bancroftii, with the appearance of orange twigs that parasitises another mistletoe, Amyema quandang, that in turn parasitises the brigalow tree itself. Bush tomatoes (Solanum spp.) are prominent in our list with four species that had distributions within brigalow habitat that has been extensively cleared. 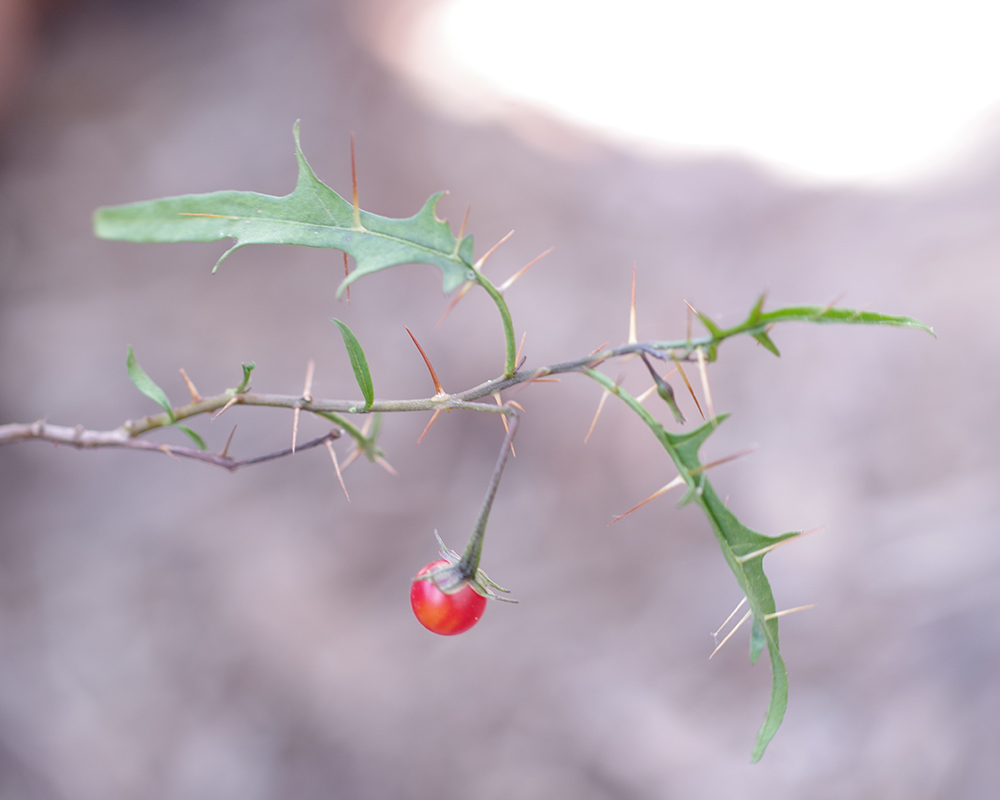 A bush tomato (Solanum dissectum) only occurs in brigalow forest and should be listed as Critically Endangered because there is very little remnant habitat across its former range. Photo: Red Fensham

What we needed beyond the life of this project is to undertake a more detailed assessment of these plant species and then work with the stakeholders and landholders who preside over the last vestiges of the brigalow forest.

Management may be critical, particularly the control of exotic grasses to prohibit damaging fires, and brigalow regrowth can provide a start for the recovery of the former forest where appropriate incentives can be provided to landholders. Brigalow itself can regrow from root suckers (from roots left after the initial clearing) though subsequent re-clearing of the regrowth can remove the wattle altogether.

While our study has indicated where we should be putting our effort in regards to plants growing in brigalow forests, our approach has a much broader application. We have demonstrated how existing data, in this case herbarium collection records and vegetation mapping, can be used to identify species threatened by rapid habitat loss, something that is being witnessed in many places across Australia and around the world.

Top image: The brigalow forest of eastern Australia has been extensively cleared and converted to pasture and crops.