In brief
One of Australia’s rarest reptiles, the western swamp turtle, is being challenged by the rapidly drying climate in the southwest of Western Australia, which continues to marginalise its already fragmented habitat.

In a world first, this project is field-testing the viability of introducing this Critically Endangered species to wetlands more than 300km south of its native range, in an effort to mitigate the negative impacts of climate change.

Why is the research needed?
The western swamp turtle is a Critically Endangered reptile endemic to Western Australia, and is facing mounting pressure from climate change.

Only an estimated 50 mature individuals remain in two small isolated wetland reserves about 30km north of Perth. Surrounding land use and climate change have marginalised the habitat – by a 17% reduction in winter rainfall since the 1970s and hotter summer conditions.

Western swamp turtles are habitat specialists and rely on the presence of winter-wet ephemeral swamps that are wet for 5-7 months to allow the turtle to feed, grow and reproduce before aestivating over summer while the swamps are dry. Recent consecutive years with wet periods as short as three months limit the turtles’ capacity for reproduction and survival over summer dormancy.

Some of the species’ current habitat is intensively managed by improving water retention in swamps through bunding, lining refuge ponds with plastic and pumping groundwater to ensure adequate water during years of low rainfall. In addition, scientists from the WA Department of Biodiversity, Conservation and Attractions (DBCA) have been trans- locating individuals bred at the Perth Zoo to nearby nature reserves to try to establish new wild populations close to the natural populations.

With the current habitat likely to be altered under future climate change, assisted colonisation is an additional strategy that can be used to help conserve this species in the wild: first, due to the clearance of surrounding wetlands, turtles cannot disperse naturally to more suitable habitat; second, low rates of reproduction and long generation times (15–30+ years) minimise the potential for the western swamp turtle to rapidly adapt to a drier and warmer climate. 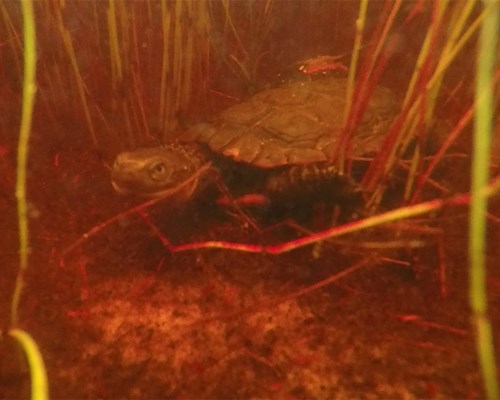 How will the research help?
As the global climate is shifting too rapidly for many species to evolve and adapt in their current locations, it is increasingly necessary to explore more proactive methods of conservation. Assisted colonisation is a complex and inherently risky strategy, but has the potential to mitigate the impacts of climate change on highly threatened species. To promote the utility of assisted colonisation it is important to conduct trials that are preceded by extensive planning and research.

In this project we are working toward reducing the extinction risk of the western swamp turtle by assessing whether wetlands several hundred kilometres south of the known range can provide suitable habitats in the immediate future. Field-testing the viability of introducing turtles to cooler and wetter climatic zones now, even though we expect them to provide ideal conditions in approximately 50 years’ time, allows us to assess the accuracy of predictive biophysical models developed over ten years of collaborative research between universities and management agencies. Collectively, our field data will be used to inform immediate management options that can best support the long-term survival of swamp turtles in the wild.

What research activities are being undertaken?
The project will field-test predictions of site suitability derived from biophysical models, and collect data on growth and behaviour that will help inform management decisions.

In the winter and spring of 2016 a first trial introduced 35 captive-bred juvenile turtles to three wetlands in southwest WA over a spring growing period. One wetland was an existing translocation site to the north of the current range, while the other two wetlands were located approximately 300km south of the current range. This trial quantified growth rates, body temperatures, the environmental temperatures experienced by turtles, and diet and food density in these novel environments. It showed that while southern sites were considerably colder than the turtles’ native range, late spring and early summer thermal conditions were suitable for foraging and growth. As expected, wet periods were longer in the south, which allowed turtles at one southern site to gain similar mass to a group released 400 km north.

A second trial that began in August 2018 will extend these data. Around 50 juveniles will be released in three wetlands, tagged with data loggers that record their temperature and can estimate daily activity patterns (e.g., periods spent basking or foraging). Growth rates will again be monitored, but we are now contrasting turtles released at northern and southern translocation sites to a control group released into core natural habitat at Ellen Brook Nature Reserve.

We are aiming for the second trial to capture 12 months of field data so as to assess seasonal variation in behaviour and growth at each release site. 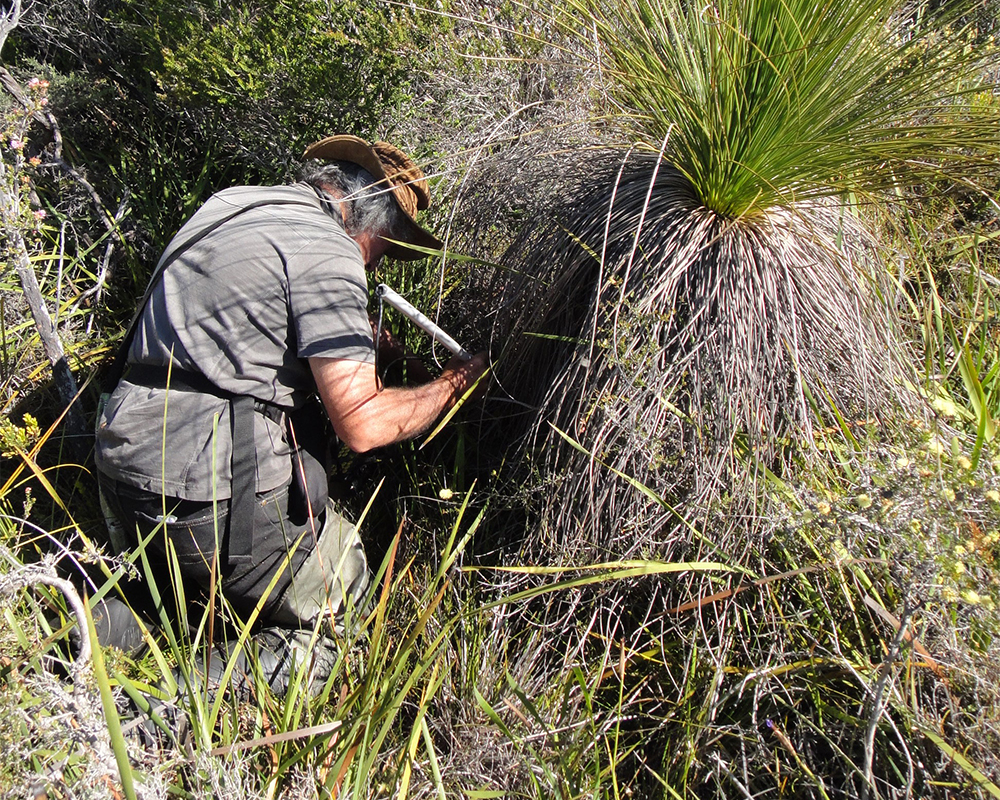 Who is involved?
The project involves close collaboration between researchers and students from the University of Western Australia, the WA Department of Biodiversity Conservation and Attractions (Parks and Wildlife Service and Perth Zoo) and Murdoch University.

Where is the research happening?
Fieldwork is taking place in several wetlands across the south-west of Western Australia. Two sites are north of Perth at Ellen Brook Nature Reserve and Moore River; the southern site is in the Entrecasteaux National Park. 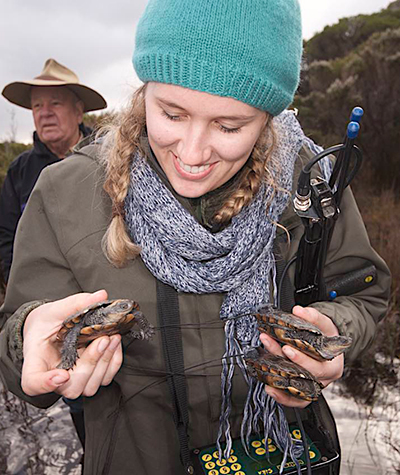 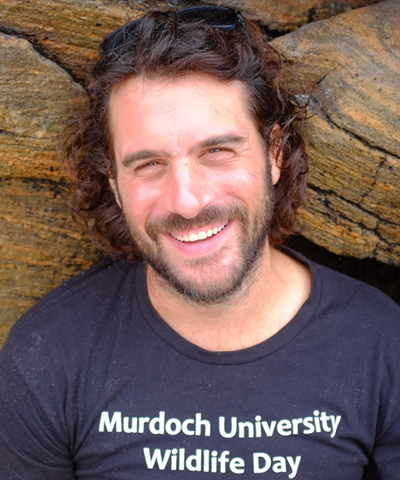 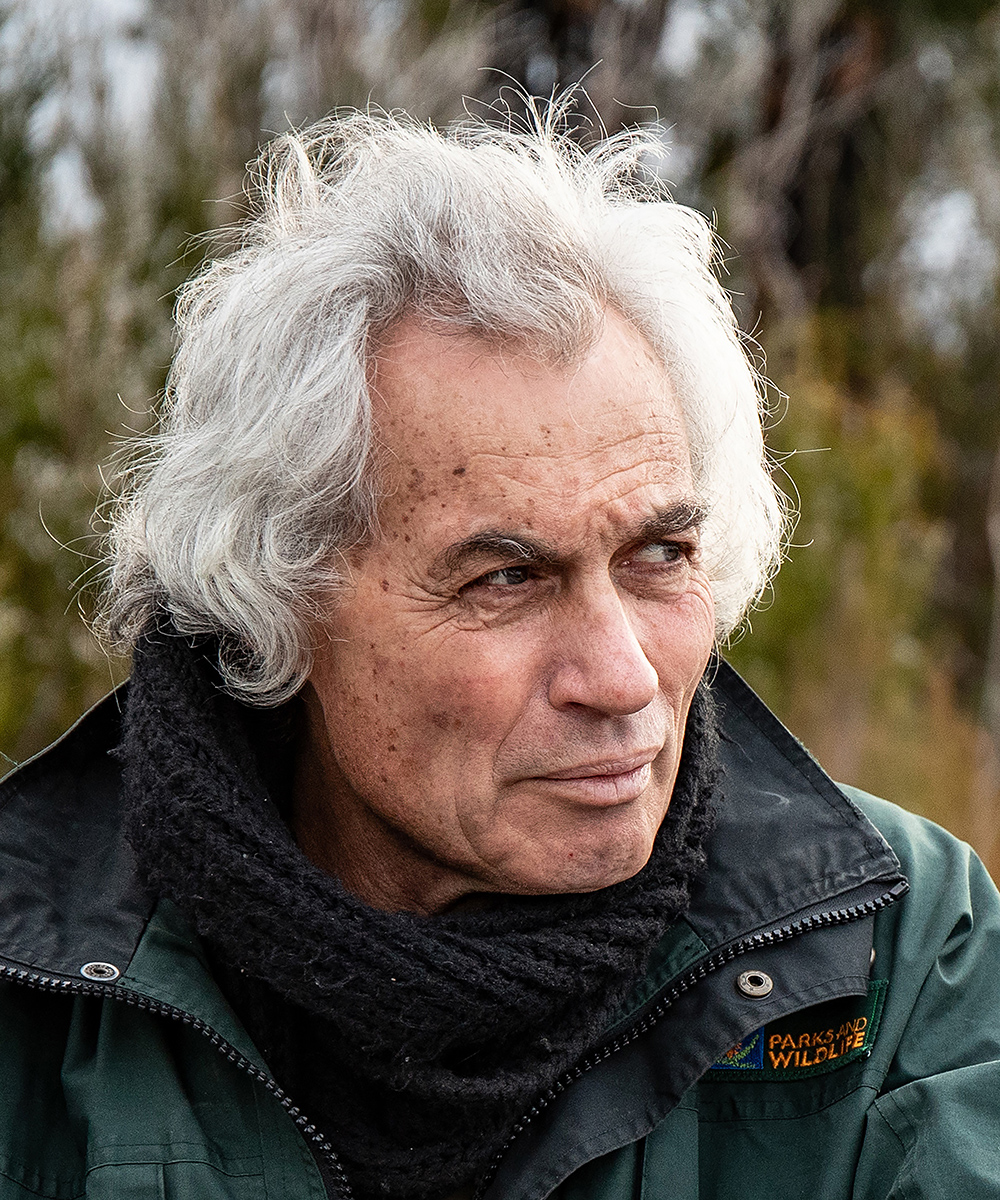 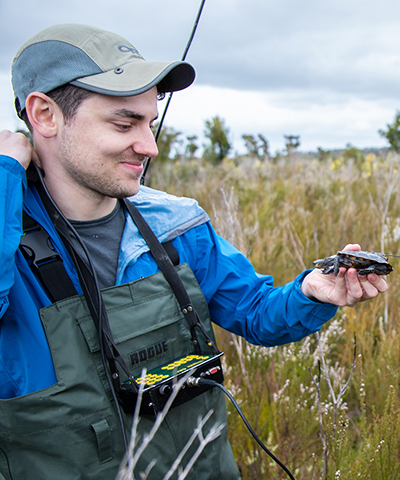 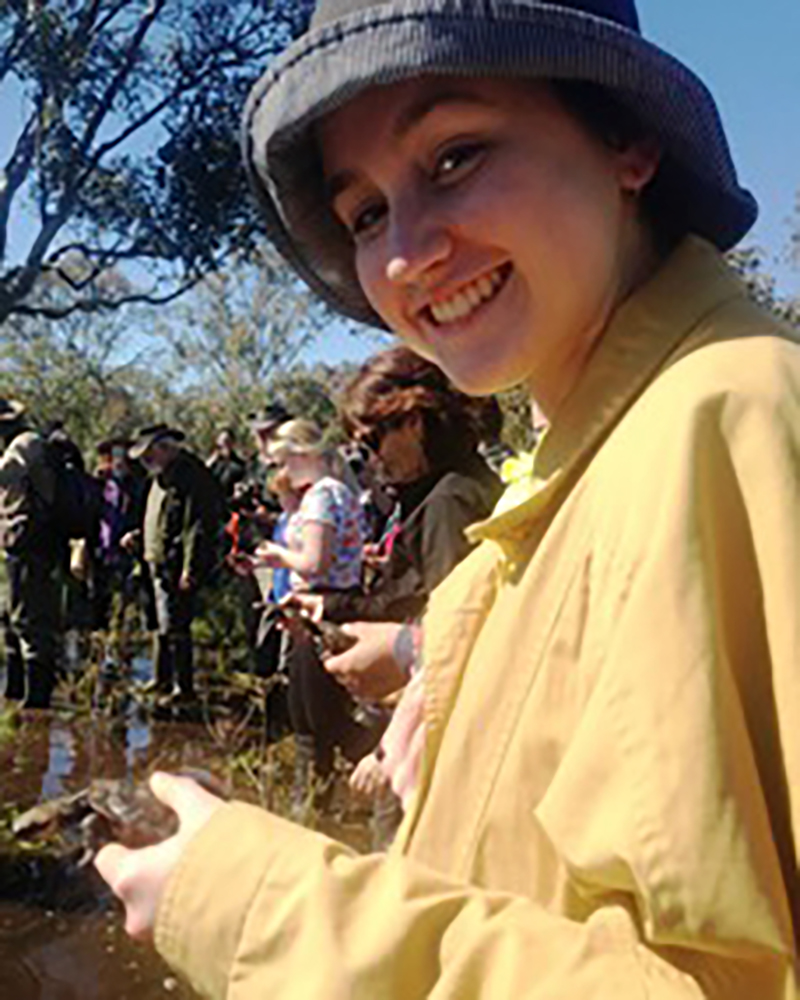