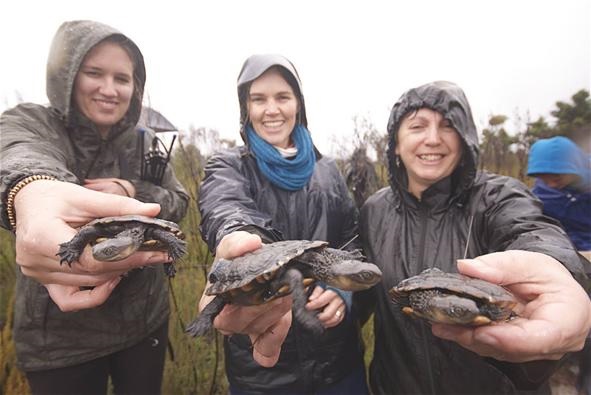 Twenty-four critically endangered western swamp tortoises have been moved to the State's South-West as part of efforts by the Liberal National Government to ensure the survival of the species against future climate change.

The Department of Parks and Wildlife has released the captive-bred tortoises from Perth Zoo into conservation reserves in Meerup, south of Northcliffe, and east of Augusta as part of the colonisation trial.

Environment Minister Albert Jacob said it would be the first time a vertebrate animal species would be moved outside of its historic range with the aim of finding suitable alternate habitats.

Mr Jacob said western swamp tortoises were naturally found in two winter-wet, clay swamps in the Swan Valley and habitat modelling suggested that without remedial actions these small and isolated reserves were in danger of becoming unsuitable by 2050.

"Researchers have identified suitable sites for the assisted colonisation trial and have considered current and future climate scenarios and the impact on tortoises and egg development," he said.

"Once released, the western swamp tortoises will be monitored in collaboration with students and staff from The University of Western Australia during the next 12 months.

"Growth rates and the diet of the tortoises released into the cooler and wetter conditions at Meerup and east of Augusta will be compared with those from the 12 tortoises released at an existing assisted colonisation site at Moore River Nature Reserve. This will help to determine the suitability of the southern sites."

Release issued by The Department of Parks and Wildlife, Western Australia.