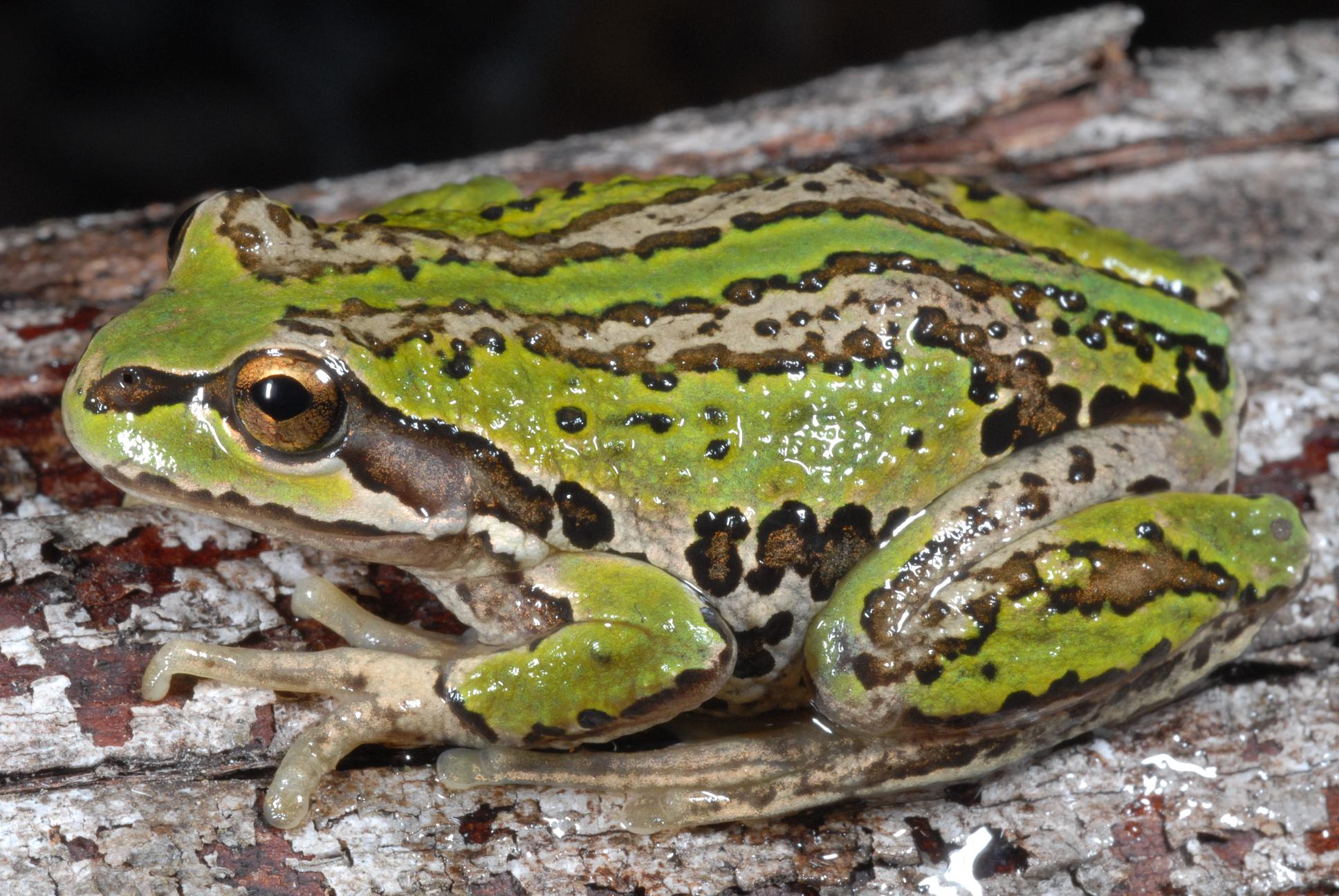 ​The Niche-Reduction Hypothesis: Rethinking how we manage threatened species

When researching or managing threatened species, the status of the species is commonly described in terms of percentage declines. For example, species X may have experienced a 90% decline in distribution, or species Y may have seen an 85% decline in abundance in the last 20 years. Declines in range and population abundance are standard metrics in conservation science. However, only focusing on the rate and magnitude of species declines can miss important aspects about why species are declining, and this missing information could be crucial for developing effective management. Dr Ben Scheele and Dr Claire Foster from the Australian National University explain work they are involved in that explores threatened species and the idea of a reduced niche breadth.

To conserve species, we need to know why they decline more rapidly or severely in some locations than others. It’s more than just measuring the size of the overall decline. Our new research shows that it is common for species to decline much more in some parts of their range than others. This is because the severity of threats can be reduced or amplified by environmental conditions, or because the species’ ability to tolerate the threat is different in different environments. We describe these environmentally-determined declines as ‘reductions in niche breadth’.

A species niche is the multidimensional environmental space in which a species is able to survive and reproduce. As a species’ niche is shaped by its environmental tolerances, interactions with other species and movement barriers, threats that modify one or more of these factors can lead to reductions in the size of that niche (niche breadth).

Figure 1: A conceptualised model of how the abundance of a species can vary over space. The fundamental niche is the environmental space the species can occupy when it is not limited by other species and threats. Its historical niche is that part of the fundamental niche the species occupied prior to threat emergence, being limited by native competitors, predators and pathogens. Its contemporary niche is where it is currently found following the introduction of some new threat (such as chytrid fungus for frogs, or cats for small mammals). The important thing about this conceptualisation is that we shouldn’t constrain our thinking or our management to where a threatened species is found today without considering the implications of threats and management to the other parts of its niche where it no longer occurs. (Modified from Scheele B, CN Foster, SC Banks & DB Lindenmayer (2017). Niche Contractions in Declining Species: Mechanisms and Consequences. http://www.sciencedirect.com/science/article/pii/S0169534717300496 ) 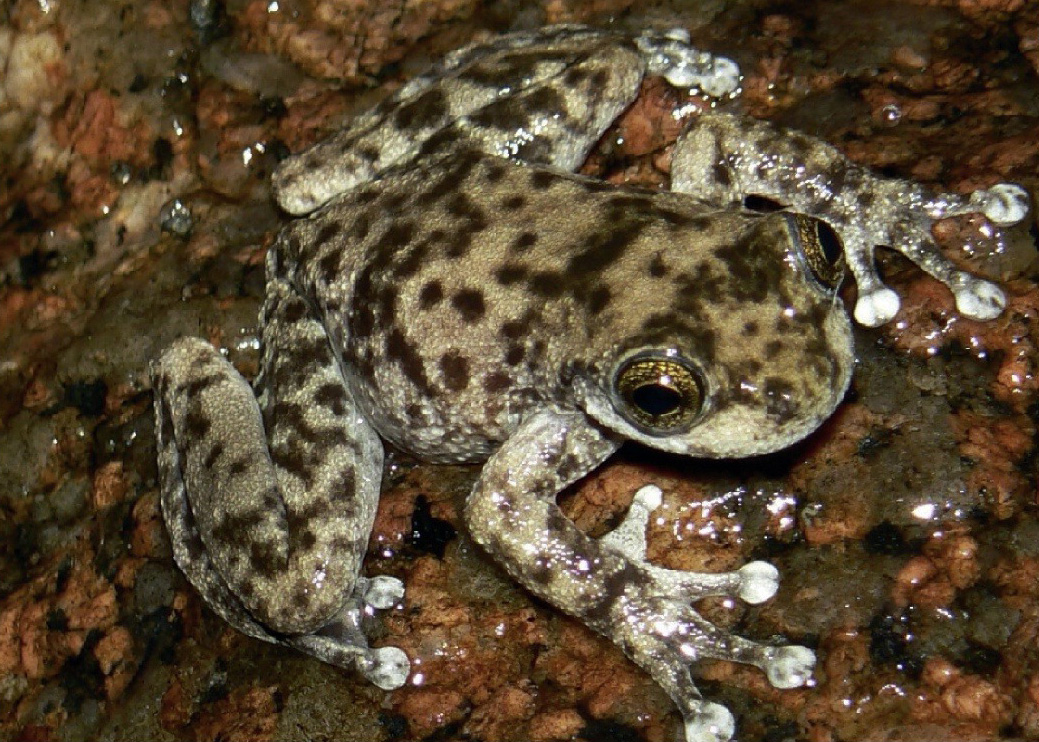 Species such as the armoured mistfrog have been lost from closed canopy rainforest sites where they were known to historically occur and now persist only in open savanna sites where the chytrid fungus doesn’t do so well. Image: Conrad Hoskin

An example helps to illustrate this. The armoured mistfrog, pictured above, is a species that was originally thought to live only in tropical rainforest. With the arrival of chytrid fungus (an introduced pathogen that has been wiping out many different species of frog), it was feared the armoured mistfrog had gone extinct when all known populations disappeared. However, a new population of the frogs was later discovered in open savanna habitat. This site was hot and dry enough that it was poor habitat for the chytrid fungus, and so even though chytrid is present, its impacts on the mistfrogs are greatly reduced. Since the arrival of chytrid, the armoured mistfrog has been unable to survive in rainforest, its pre-decline primary habitat, but it can persist in open savanna sites because they are less suitable for chytrid.

Another example is the decline of many small Australian mammal species that have now been lost from open grassy habitats due to predation by introduced feral cats and foxes. Before the arrival of cats and foxes, many small mammal species used a variety of habitats, from open grassy woodland, to dense heath and forest. However, these days, many of these small mammals are now only found in dense, structurally complex habitats, where they can more easily escape predation by foxes and cats. This represents a major reduction in these species’ niche breadth.

Recognizing that declining species can experience reductions in niche breadth can help to identify where to focus conservation actions. For example, for species which declined many decades ago, recognising that currently occupied habitat (where they are found now) could represent only a small part of the species’ potential habitat may open up new areas for conservation actions. In contrast, for species that have declined only recently, it is important to identify whether the species’ niche has been reduced, and what has caused this reduction. This understanding is important to avoid conservation efforts being wasted on areas that are no longer suitable for the species.

The threatened alpine tree frog pictured top (image: David Hunter) is now only found in larger alpine ponds such as those pictured above, where high breeding success allows the frog to persist even if the population is afflicted with chytrid disease.  Image Joslin Moore.

In many cases, long-term control or removal of threats is not possible. In these cases, recognising parts of a species’ niche where threats are reduced or where the impacts from threats can be tolerated is crucial. For example, threatened alpine tree frogs in the Snowy Mountains are now locally extinct in sphagnum wetlands because of chytrid fungus. The species is now only found in larger ponds, where high breeding success allows the frog to persist, even though most frogs now die after only one year (compared with the frog’s ‘normal’ life span of four or more years prior to chytrid). As it is not feasible to eradicate chytrid from wetland habitats, a practical conservation option is to create new large ponds to increase the number of populations of this species.

Recognising that a species niche is shaped by many different but interacting factors can be useful for identifying novel conservation actions, particularly when direct threat control is not possible. Returning to the example of a small mammal that now persists only in dense scrubby habitats, this habitat may be good for predator evasion, but poor in other ways, such as food availability. In such circumstances, conservation actions to increase food resources may help to increase species abundance. In other areas, it may be possible to artificially create some of the features that help the species to evade predators in dense habitats, allowing the species to re-expand into more open habitats.

In an era of mass biodiversity loss, understanding how threats shape the realized niche of declining species can assist the development of new management responses and identify where to prioritise conservation actions. This ‘niche-reduction hypothesis’ provides a new lens for understanding why species decline in some locations and not others, with important implications for how we research and manage declining species.