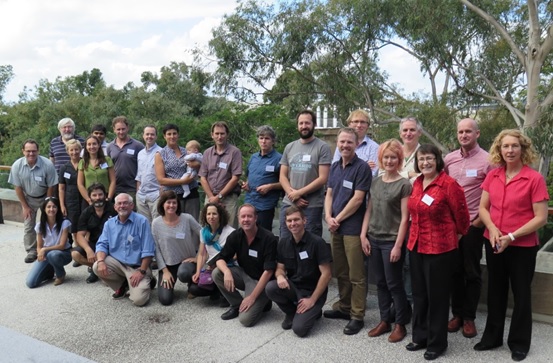 Planning under way for new index

Thursday, 09 June 2016
What end-users want from a threatened species index, and how that can be achieved for a low cost, was the focus of the recent Brisbane workshop of the Hub’s “National and regional monitoring for threatened species” project.
It brought together participants from the Department of the Environment, state and territory agencies, universities, conservation NGOs (e.g. Bush Heritage, Birdlife Australia and the Australian Wildlife Conservancy), Terrestrial Environmental Research Network and the Atlas of Living Australia.

Together, they defined what end-users and partners want from a threatened species index, and how they were going to achieve it. The index will inform end users, indeed the broader Australian public, how Australia’s threatened species are travelling.
“Embarrassingly, Australia is unable to provide a quantitative answer to the valid and frequent question “How are Australia’s threatened species going?” – easy to ask, hard to answer!” Project leader Hugh Possingham reminded those in attendance.
“We can answer it for some of the particular species where investment is high, but we have no general performance metric to track progress and inform policy and investment.”
By sharing their diverse and extensive experience, the group considered practical and credible approaches to developing a successful index, what sort of data they would need, and from where it will be sourced.
From here, the researchers will begin to assemble the data with the cooperation of workshop participants, and trial different statistical approaches based on the Living Planet Index (championed by the Zoological Society of London) Elisa Bayraktarov (project research fellow) and Hugh Possingham will host an evening session on TSR Hub Project 3.1 at the SCB Oceania conference in July.