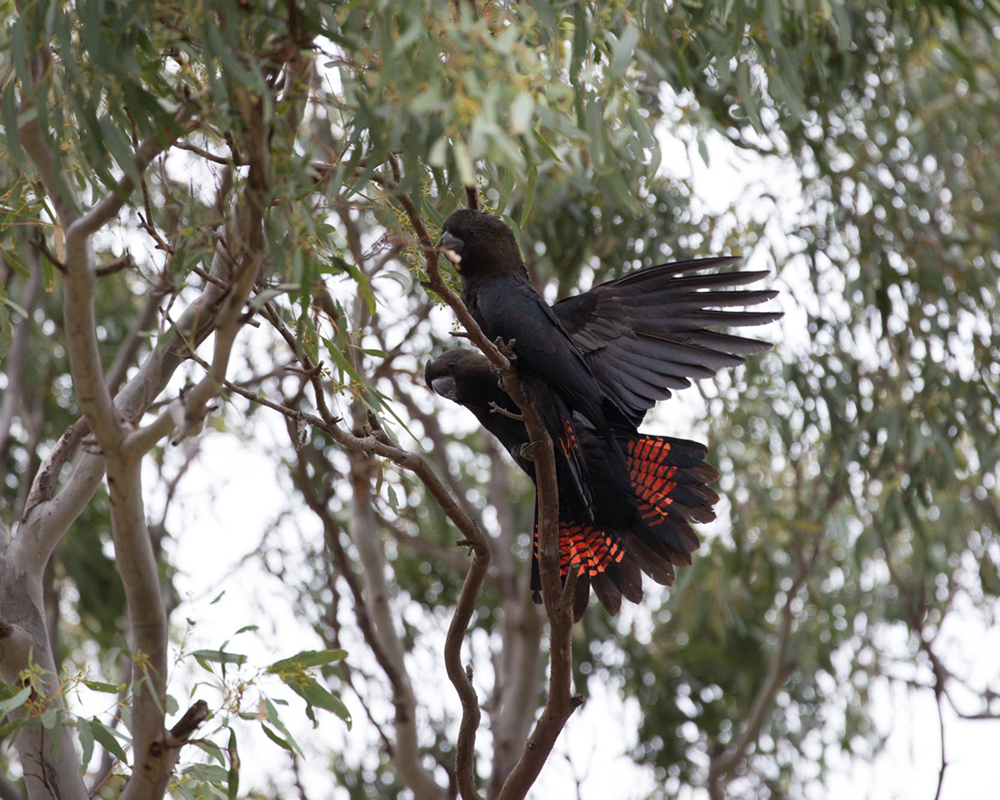 Glossy black-cockatoos on Kangaroo Island eat just one thing – seeds of the drooping she-oak. To provide enough food for their nestlings, breeding adults spend the entire day picking one cone after another until their crop is full with about 10,000 of the protein rich kernels. The food is reliable and there are no real competitors but the price is a desperately low reproductive rate.

By 1995 it became apparent that the reproductive rate was even lower than feared. A survey found just 150 birds with five begging chicks. So the islanders kicked off one of Australia’s most successful recovery programs. As a starting point research was undertaken to identify the key threats causing such low reproduction.

Brush-tail possums had proliferated in the absence of foxes to eat them or rabbits to compete for fertilised pasture. The possums found a cockatoo egg or chick a fine snack before sleep in a nest hollow. Protecting nesting trees with collars of corrugated iron and trimming connecting branches from neighbouring trees reduced contact with possums and doubled the reproductive rate.

Historic clearing of trees had removed many nesting hollows, which was then compounded by competition with other parrots for the scarce remaining hollows. Nest box erection, casuarina planting and the removal of corellas and galahs competing for remaining scarce hollows helped. By 2017 there were nearly 400 birds and the population continues to grow, expanding its range across the island.

The program had all key elements to succeed: strong local leadership; community involvement and institutional commitment from government; management built on research; and the ongoing investment over many decades that is essential to recover a species that is so very specialised. Kangaroo Islanders love their cockatoos and there is every chance that extinction has been averted.

Top image: The population of the South Australian subspecies of glossy black-cockatoo (Calyptorhynchus lathami halmaturinus) has more than doubled in the last two decades in response to conservation actions. Photo: Daniella Teixeira