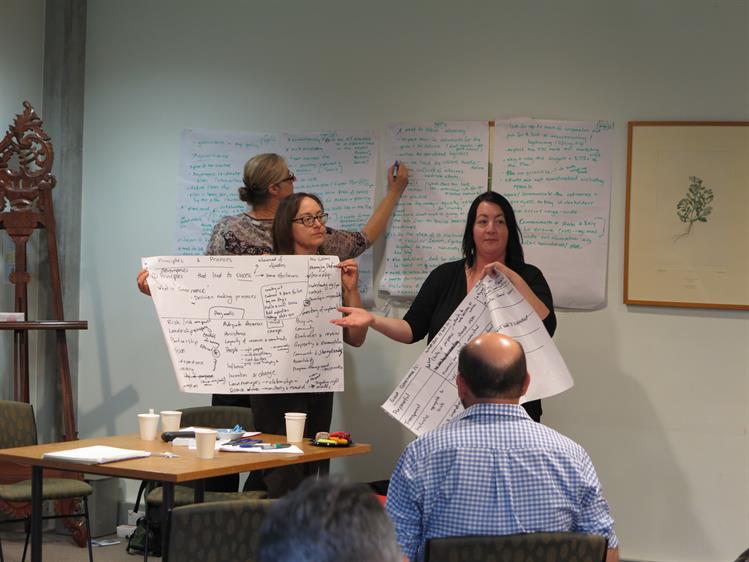 What do the endangered western swamp tortoise (WA), pygmy bluetongue lizard (SA) and eastern bristlebird (NSW) have in common? They might all be extinct were it not for the efforts of dedicated threatened-species recovery teams. The TSR Hub recently brought together representatives from each of these recovery teams, and from other recovery teams from all across Australia, to a two-day workshop at the University of Melbourne. The workshop is part of an effort to learn what features of a recovery group contribute to its success.

In the doom and gloom surrounding the ongoing loss of Australia’s unique biodiversity, the success stories of threatened-species recovery are often overlooked. Not only does that discount the efforts of hundreds of threatened-species recovery teams around the country (many of which achieve amazing things with little resourcing), it means we may be failing to learn about the ingredients of success.

Led by Professor Stephen Garnett (Project 6.4), in partnership with the Australian Government Department of the Environment and Energy, the Hub workshop brought together over 30 wildlife officers, community workers, policy makers, researchers and representatives from leading conservation NGOs to share their experiences.

The group discussed how these lessons might inform a set of guidelines for recovery team governance (see ‘Guiding a recovery effort’), and agreed on common principles behind success, which included being: purposeful, transparent, responsible, inclusive, supportive, adaptive and innovative, evidence driven, efficient and effective.

Professor Garnett will draw together the findings from the workshop and publish them in a book celebrating the successful case studies.


Top image: Peter Latch at the TSR workshop on ‘success in recovery teams’. Peter explained how the government was developing its guidelines on governance while also asking for feedback from the recovery teams. Image: David Salt