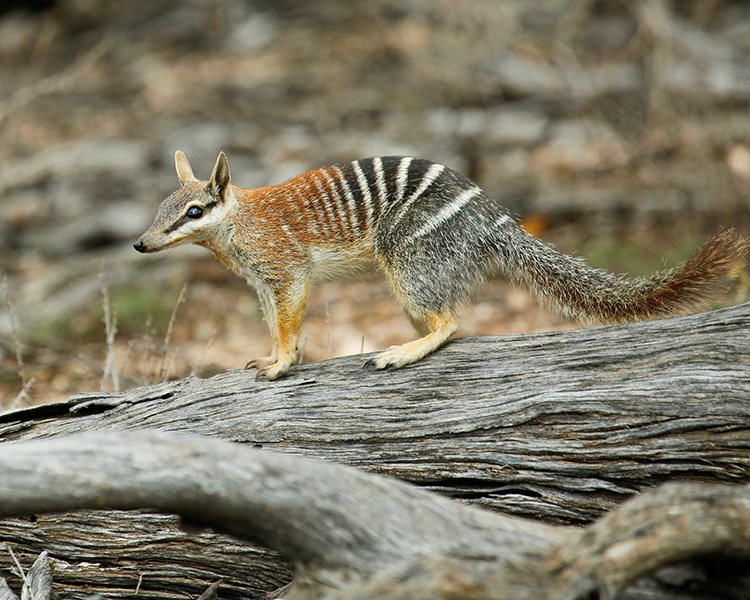 Public preferences for fox and cat control in Western Australia

Foxes and feral cats pose a serious threat to over 100 native Australian mammals, birds and reptiles. Controlling fox and feral-cat populations is therefore crucial to the survival of many native species. Usually, it’s the government who undertakes this management which means it’s the general public who pays. But has anyone ever bothered to ask the general public what they think about fox and cat control? Actually, Vandana Subroy and colleagues at the University of Western Australia have just investigated this very question. Here Vandana discusses what they found.

The woylie or brush-tailed bettong (Bettongia penicillata) once inhabited more than 60% of the Australian mainland, but now occurs on less than 1%. Photo: Australian Wildlife Conservancy.

The Dryandra Woodland lies around 160 km south-east of Perth. Not only does this woodland include the largest area of remnant native vegetation in this region, it is also home to several threatened species of flora and fauna, including numbats and woylies. The woodland is highly fragmented and surrounded by farmland making predator management a challenge.

Research shows that people care not only about conservation outcomes but also the means by which those outcomes are achieved. For example, although people may prefer an increase in the population of a threatened species, if the means of achieving that increase was objectionable (say, for example, people being uncomfortable with using poisons) then this might undermine support for the program itself. Therefore, since most conservation programs are funded through public taxes, it is important to consider public support along with biological, geographic and economic aspects.

Our study seeks to quantify the intangible or non-market benefits to society of various fox and feral-cat management strategies that might be deployed in Western Australia. It also seeks to determine the non-market values of the threatened species, like numbats and woylies, being protected. These benefits will be used in a cost-benefit analysis to assess various conservation policy options for fox and feral-cat management in the Dryandra Woodland. 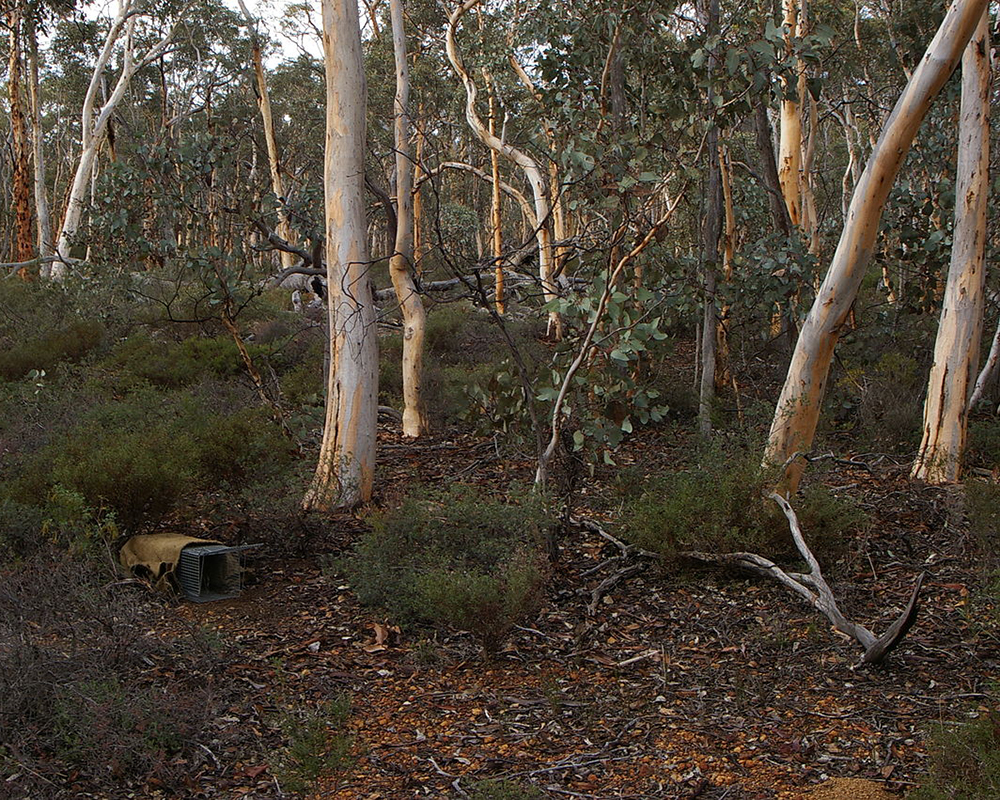 The Dryandra Woodland (pictured above) is one of the last natural refuges of the numbat and woylie. (Photograph by Gnangarra.commons.wikimedia. org, CC BY 2.5 au)

Non-market benefits are the values of goods and services that are not traded in markets. For example, most environmental goods like clean air and water, threatened species and wetlands provide benefits that are not traded in markets. ‘Value’ is measured in terms of the tradeoffs (typically monetary) that individuals are willing to make to procure a certain change in environmental outcome relative to no conservation. For example, what’s the value of a 50% increase in the population of a threatened species relative to doing no conservation. The tradeoff is often termed as the public’s ‘willingness to pay’.

Our study used an economic approach called choice experiments to survey 500 West Australians about their preferences for feral predator management. The online survey was administered at the end of 2016. In the survey, respondents were shown multiple ‘choice sets’ that each described four hypothetical scenarios (choice options) of different fox and feral cat management strategies. The outcome of each scenario was captured by the effects management would have on numbat and woylie populations. A management cost was also included for each choice. Respondents selected their most preferred option from the four, implicitly indicating the trade-offs they were willing to make between the management cost, the type of management, and the conservation outcomes. The trade-off between the management cost and other outcomes enables us to calculate willingness to pay for the management strategy, and for improvements in numbat and woylie populations.

Results showed that people strongly support increasing numbat and woylie populations. It also showed that they prefer using strategies with a combination of approaches rather than 1080 baiting alone.

The average willingness to pay (per household) was estimated to be $21.76 for 100 additional numbats and $7.95 for 1,000 addditional woylies (ie, higher for numbats than for woylies). This was possibly because more respondents had prior knowledge about numbats than woylies, likely because the numbat is WA’s faunal emblem, and there have been campaigns to educate the public about numbat recovery.

The same is not true for the woylie, even though the species’ threat status is Critically Endangered (unlike the numbat whose threat status is Endangered). Species’ charisma appears to be an influencing factor in willingness to pay. 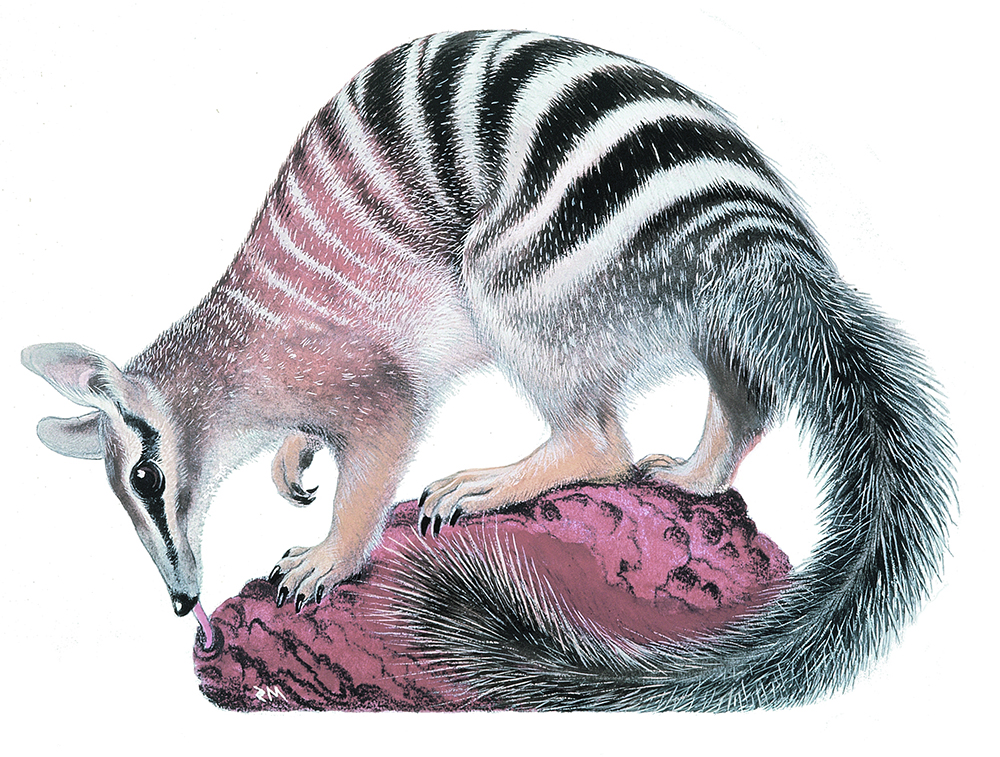 Note: This work was undertaken as part of Vandana’s PhD at UWA. She would like to acknowledge the assistance and support of her supervisors Dr Abbie Rogers and Dr Marit Kragt at UWA, and Dr Manda Page at DBCA. She would also like to thank Brett Beecham, Peter Lacey, Marissah Kruger and other staff at DBCA’s Narrogin office for their expertise and assistance in developing the choice experiment survey.

The numbat was proclaimed the animal emblem of Western Australia on 25 July 1973 (the official image is on the right). It has been the subject of considerable research and recovery efforts since then, and the focus of fund raising programs such as Project Numbat. It’s believed this high public profile has contributed to a greater ‘willingness to pay’ for its conservation (as compared to the lower profile woylie). 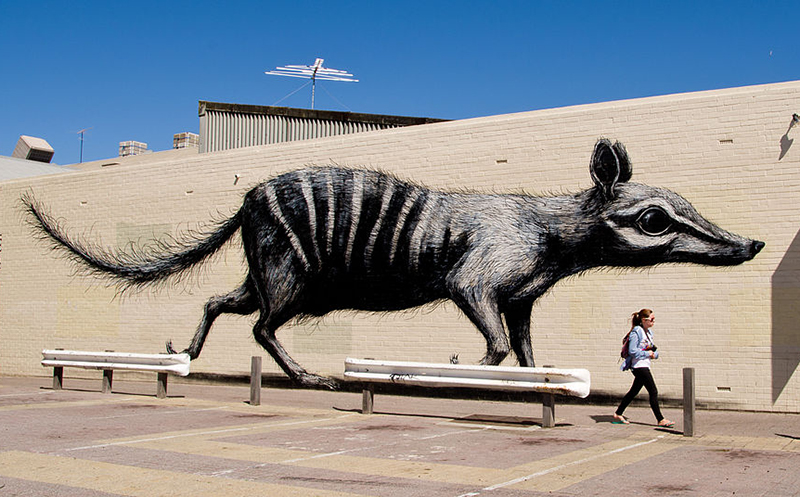 Drawing of a numbat by Belgian street artist ROA in Fremantle near Perth. (Photograph by Gnangarra.commons.wikimedia.org, CC BY 2.5 au)