Research in Brief
Native fish populations in the Murray-Darling Basin are estimated to be at 10% of pre-European numbers. One significant cause of declines is barriers to fish movement, which can lead to population fragmentation and loss of access to key habitat. Barriers can be created by physical instream structures, cold water pollution and changed hydrological conditions.

This project will use a biohydrodynamics laboratory to fill knowledge gaps about: the swimming ability and behaviour of key native fish species; their susceptibility to altered environmental conditions; and their ability to adapt to these altered conditions. The results will inform the design of fishways around physical barriers and the management of cold water releases from dams. 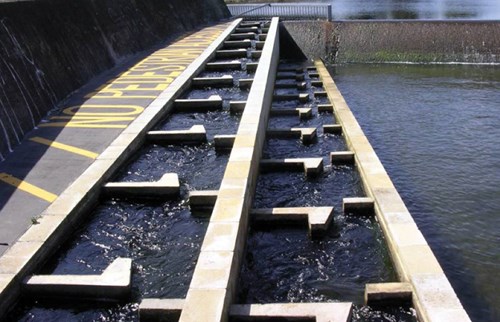 The baffles in a vertical slot fishway create slower areas of water where native fish can rest. Photo: Matthew Gordos

Why is the research needed?
Freshwater environments are one of the most highly threatened ecosystems. Serious declines in the numbers of native freshwater fish, including in the Murray-Darling Basin, are due to human impacts including human created barriers to fish movement.

Barriers to fish passage can be created by physical instream structures, such as dams, weirs and culverts. There are over 5000 physical barriers in New South Wales alone. Barriers can also be created by cold water pollution and hydrological disturbance.

In the Murray-Darling Basin and other parts of Australia fish passages are being constructed with the aim of assisting fish to move past an anthropogenic barrier. However at present, most fish passageways are designed with a limited understanding of the physical capacities of small-bodied and juvenile fish for which the structures are intended for. As a result many fishways are suboptimal in passing juveniles and small species.

Cold water pollution is another factor in population declines. Large volumes of very cold water are released from deep, thermally layered dams in spring and early summer, which is also a critical time for key native fish species to migrate and spawn. Most native species in the Murray-Darling Basin need relatively warm water to successfully spawn. However, cold water pollution can lower water temperatures by as much as 16°C for up to 400 km downstream of major dams. Recent efforts to restore environmental water flows in the lower Murray-Darling Basin have yet to significantly benefit fish numbers, with cold water pollution believed to be one inhibiting factor. 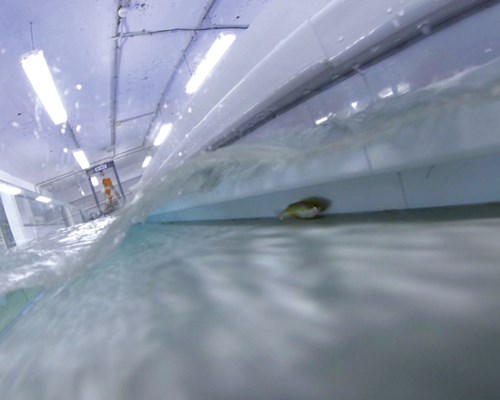 A biohydrodynamics laboratory is being used to collect physiological information about the swimming performance and behaviour of threatened fish species. Photo: Jabin Watson

How will the research help?
The project will utilise a custom-built biohydrodynamics laboratory and fish holding facility to investigate the swimming performance and behaviour of native fish and their tolerance to cold water pollution.

The project will experimentally assess the sensitivity of threatened fish species to temperature changes consistent with those downstream of Murray-Darling Basin dams that discharge cold water pollution, and the ability of the fish to adjust to those changes. Through this assessment, we will determine the optimum thermal range for threatened species, and these data will better inform strategies for the release of cold water from large dams.

The project team will also examine the swimming performance and behaviour of a range of threatened fish species from the Murray-Darling Basin and elsewhere. These data will enable the development of reliable fish management tools that will integrate knowledge of fish swimming performance with fishway biohydrodynamics, better informing the design and management of fishways around weirs. The research will also lead to recommendations that will help develop national guidelines for promoting fish connectivity in Australian freshwater waterways.

The project thus has the potential to reduce and manage physical and physiological barriers to the movement of native fish and to improve river connectivity.

What research activities are being undertaken?
The research builds on an ARC Linkage Project with NSW DPI Fisheries. The project will make use of the biohydrodynamics laboratory located at The University of Queensland, which is designed to collect the necessary physiological information about the threatened fish species, particularly of the Murray-Darling Basin.

The project team will also gather hydrological and environmental data, such as temperature and water flow a from the Murray-Darling Basin to better predict likely impacts upon fish and to inform management actions.

The research findings will feed directly to stakeholders to:

The project will also deliver conservation advice into the listing of the key threatening processes identified, and provide feedback to recovery teams for threatened fish species. It will assist in revising the National Recommendations on Fish Passage Requirements for Waterway Crossings.

Where is the research happening?
Laboratory-based work will take place at The University of Queensland, Brisbane. Field work will occur in the Murray-Darling Basin.

Top image: Most native fish would be unable to move past this road culvert under most flow conditions. Photo: Matthew Gordos 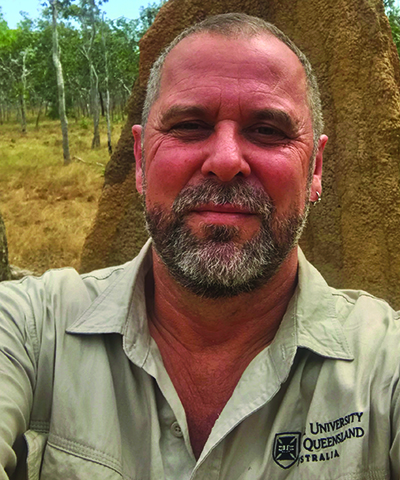 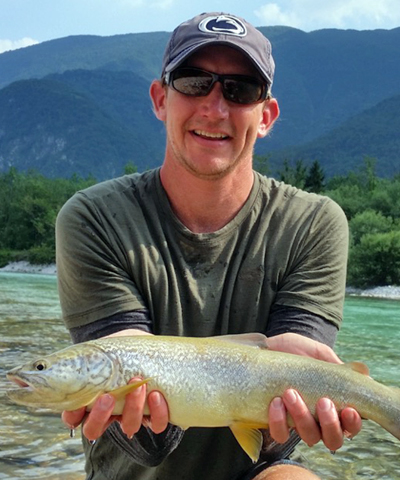 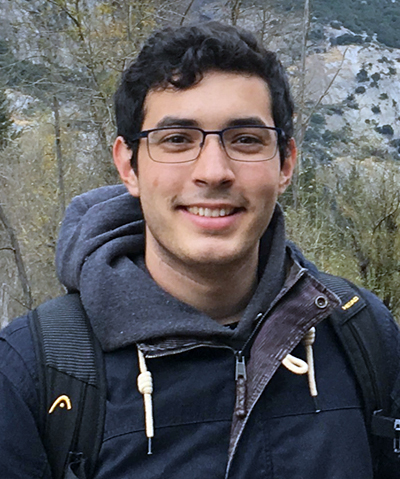 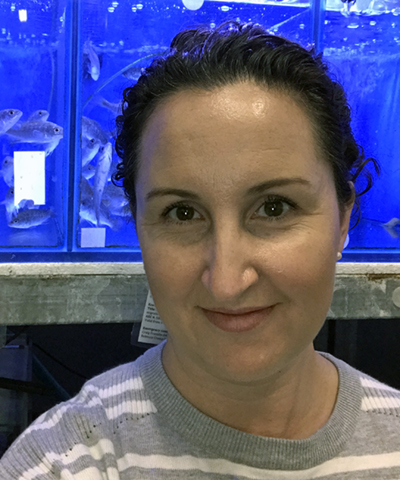 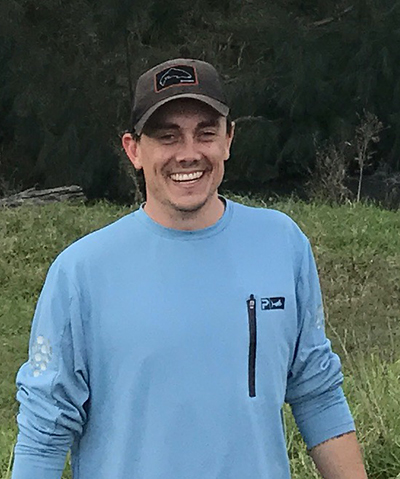