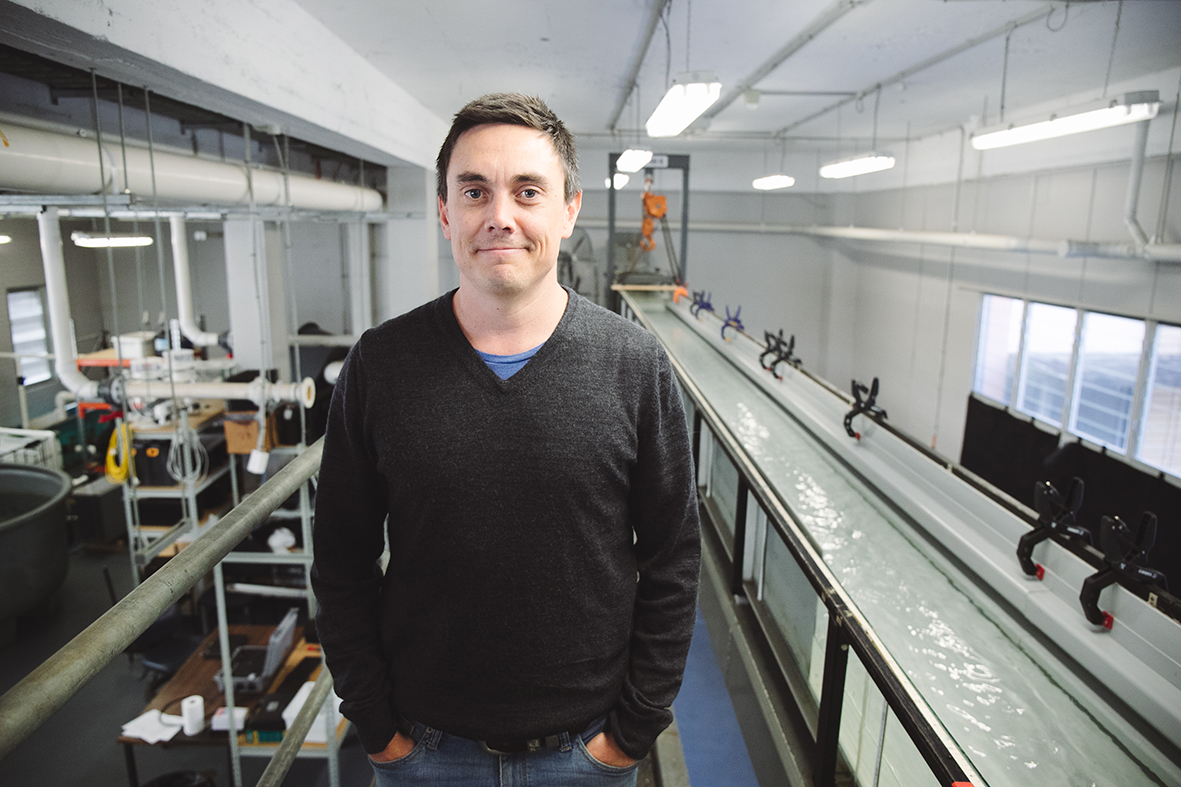 A breakthrough for Australia’s fish

A research team from the Threatened Species Recovery Hub has made a breakthrough that could help dwindling numbers of Australian freshwater fish species.

Dr Jabin Watson from the University of Queensland says the innovation will allow small and young fish to get past barriers like culverts.

“Simple things like dams, culverts and weirs can be enough to prevent fish from migrating, accessing habitat and even escaping predators,” said Dr Watson.

“These kinds of barriers are a major contributor to the declines and local extinctions of many Australian fish species.”

Native fish in the Murray Darling Basin are estimated to be at only ten per cent of pre European numbers.

“When streams pass through a culvert – the pipes under most roads - the flow is concentrated,” Dr Watson said.

“This fast flow can be impossible for many fish to navigate as they simply can’t swim that fast for that long.

The team used a biohydrodynamics laboratory at UQ to test the swimming ability and behaviour of native fish species.

“Many different types of devices have been trialled in Australia to help fish move past barriers like culverts,” Dr Watson said.

“Baffles are frequently used, with the aim of giving fish areas to rest along the way, but our laboratory testing has shown that the turbulence created can really knock fish about and make them disorientated.

“We have taken advantage of a property of fluid mechanics called the boundary layer to create a channel of slower flowing water along one side of the culvert,” he said.

“The boundary layer is a thin layer of slower water generated by a fluid moving across a solid surface, such as the bed and walls of a culvert.

“By adding a beam along the culvert wall, we have added another surface close to the culvert corner.

“The boundary layers from these three surfaces merge to create a reduced velocity channel that is large enough for small fish to swim through.

Dr Watson said no native fish species have evolved to cope with things like culverts.

The research was undertaken by the Threatened Species Recovery Hub of the Australian Government’s National Environmental Science Program, a collaboration of ten leading Australian universities and the Australian Wildlife Conservancy.

It was published in Ecological Engineering.


Culverts along a waterway in Brisbane. Photo: Jaana Dielenberg

Jaana Dielenberg, TSR Hub Communication Manager, j.dielenberg@uq.edu.au, +61 413 585 709.
Photos and video are available in dropbox. Only for use with this story. Credit as per file names.

Top image: Dr Jabin Watson beside the 12 m flume in the biohydrodynamics lab at the University of Queensland. Photo Nicolas Rakotopare