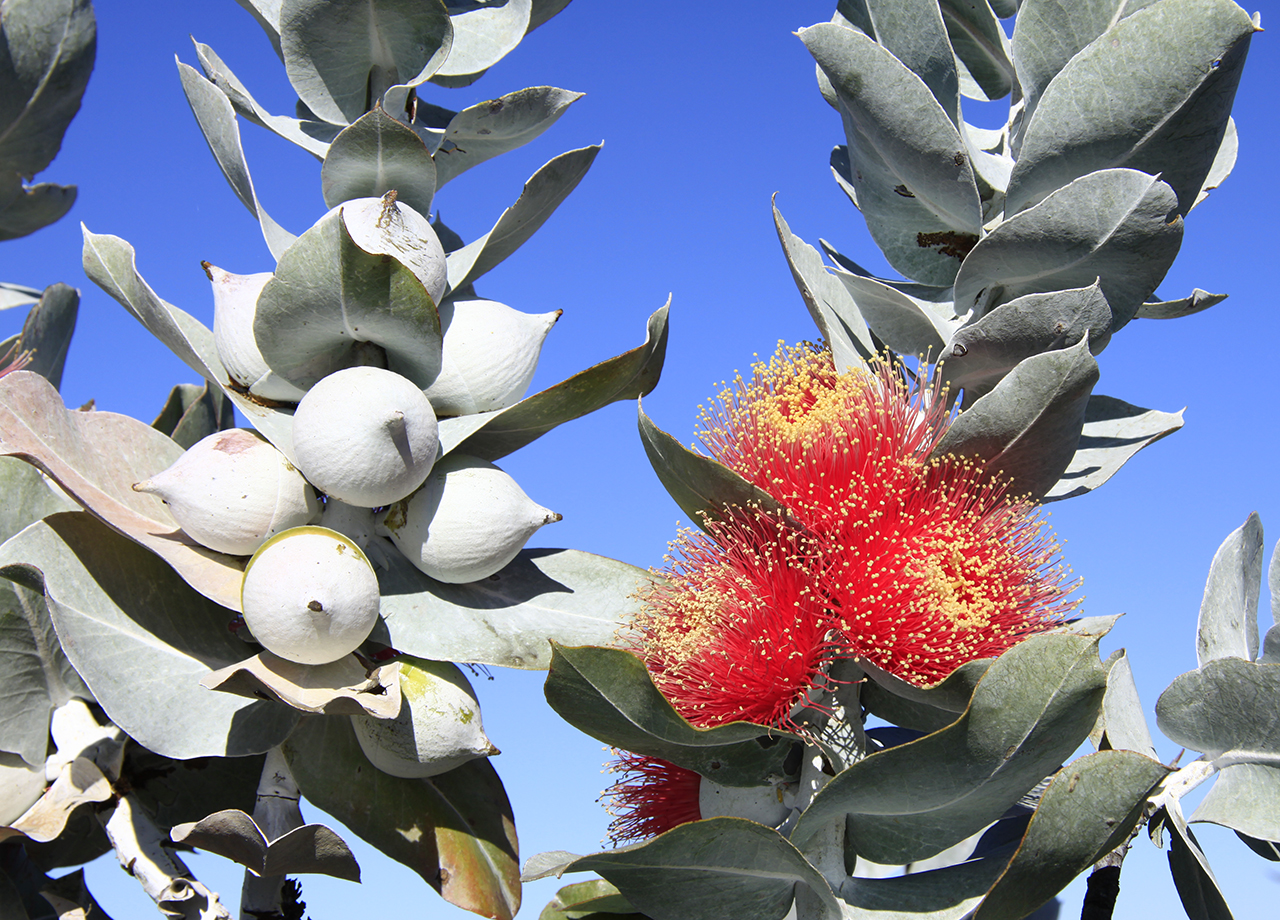 The Threatened Species Recovery Hub has undertaken a conservation assessment of every Australian eucalypt tree species and found that over 190 species meet internationally recognised criteria for listing as threatened: most of these are not currently listed as threatened.

Associate Professor Rod Fensham at the University of Queensland said the team assessed all 822 Australian eucalypt species against the criteria set by the International Union for the Conservation of Nature (IUCN) Red List of Threatened SpeciesTM.

The results have just been published in the scientific journal Biological Conservation. 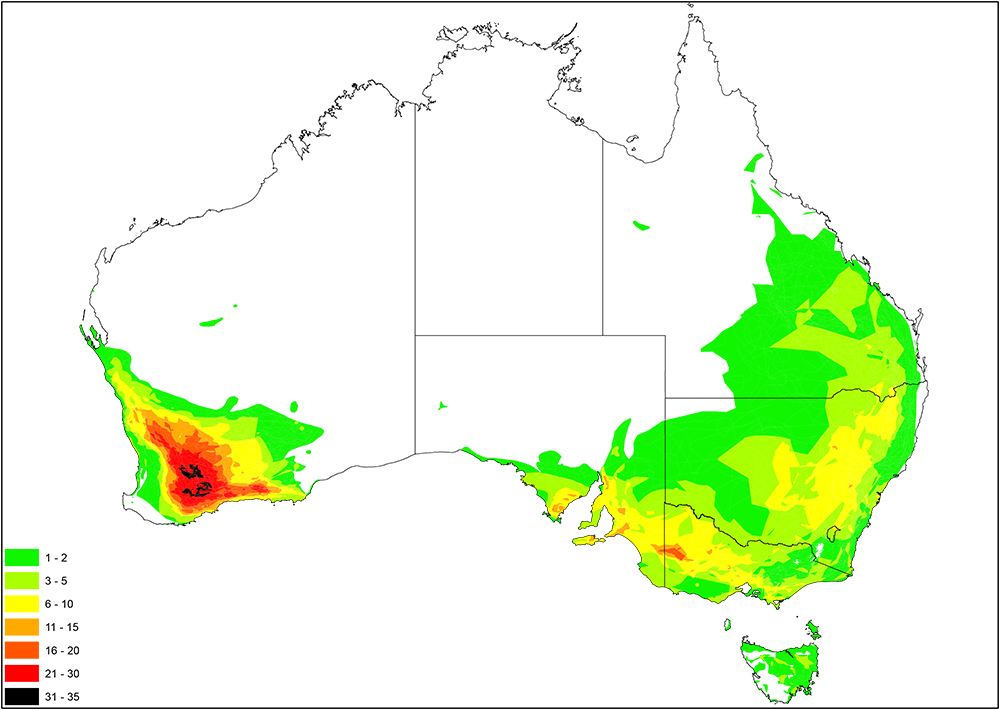 “Our assessment found that 193 species, which is almost one quarter (23%) of all Australian eucalypt species, meet criteria for a threatened status of Vulnerable, Endangered or Critically Endangered,” said Associate Professor Fensham.

“This is very concerning as eucalypts are arguably Australia’s most important plant group, and provide vital habitat to thousands of other species.

“Less than one third (62) of the species that we identified are currently listed as threatened under Australian environmental law, and less than half (87) are listed under state and territory laws.

“The assessment will help Australian conservation managers to better understand those species are at risk which is important to guiding conservation actions.

“The hub will now work with the Commonwealth, state and territory governments to discuss how this assessment might inform statutory listing processes.”

Associate Professor Fensham said the most common causes of eucalypt species becoming threatened was land clearing for agriculture and pastoralism since European colonisation.

“For example, the grey box, found on the inland slopes of the Great Dividing Range has had most of its habitat cleared.  It is now mainly found in road reserves and as paddock trees with little regeneration. This species met criteria for listing as Endangered. 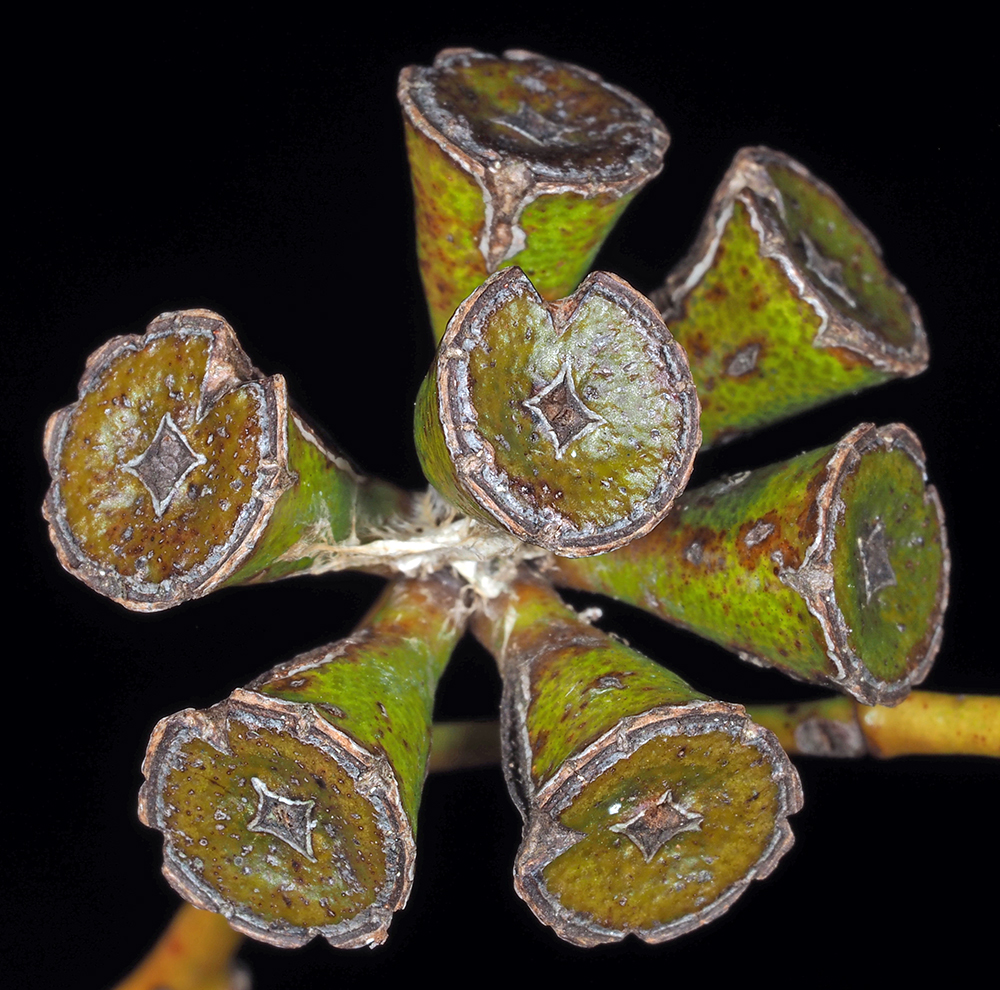 Eucalyptus dalveenica (Dalveen blue box) is a tree to 15 m with flaky grey bark. It was assessed to be Critically Endangered under IUCN Criteria. There are less than 250 mature individuals. The species grows near Dalveen at the Queensland-New South Wales border. Its habitat has been heavily cleared for agriculture and pastoralism leaving the species restricted to roadsides, degraded paddocks and gardens on private property “Australia’s hotspot for threatened eucalypts is Western Australia. About half of the species assessed as threatened occurred there, mainly around the wheat-growing districts of the south-west. Image: Tom Collins

“The Wimmera region of Victoria and nearby South Australia also had high numbers of species assessed as threatened.

“Few tropical eucalypts qualified for listing as threatened and no threatened eucalypts occurred in the Northern Territory.

“We identified 22 species as at high risk of future decline due or predominantly due to mining or urbanisation.

“For example, there are only about 600 Johnson's mallee trees left, and they are found in a region of Western Australia targeted for mineral extraction.

“No eucalypt species were threatened by timber harvesting.”

“While the habitats of some of the eucalypts identified in this assessment have been impacted by this summer’s fires, too-frequent fire was rarely a threat for eucalypt species.

“Most eucalypt species have evolved traits to persist in fire affected landscapes. Some species re-sprout from lignotubers or epicormic buds.

“Other eucalypts depend largely on fire for recruitment and the recent bushfires may have provided a rare opportunity for their seeds to germinate.”

The Threatened Species Recovery Hub is a collaboration between 10 of Australia’s leading universities and the Australian Wildlife Conservancy, to undertake research to support the recovery of Australia’s threatened species.  The hub receives funding from the Australian Government’s National Environmental Science Program.

To draw attention to Australian eucalypts the Threatened Species Recovery Hub also ran a photo competition, which received over one thousand entries.

Top image: Eucalyptus macrocarpa, with the Noongar name of mottlecah, was assessed as Vulnerable under IUCN Criteria due to population declines of between 30-50%. The species is found in the wheatbelt of south-western Western Australia, which has been heavily cleared for wheat cropping. Mottlecah grows to 5 m and has large blue-grey leaves, white waxy flower buds and large red flowers up to 7 cm wide. Image: Malcolm French