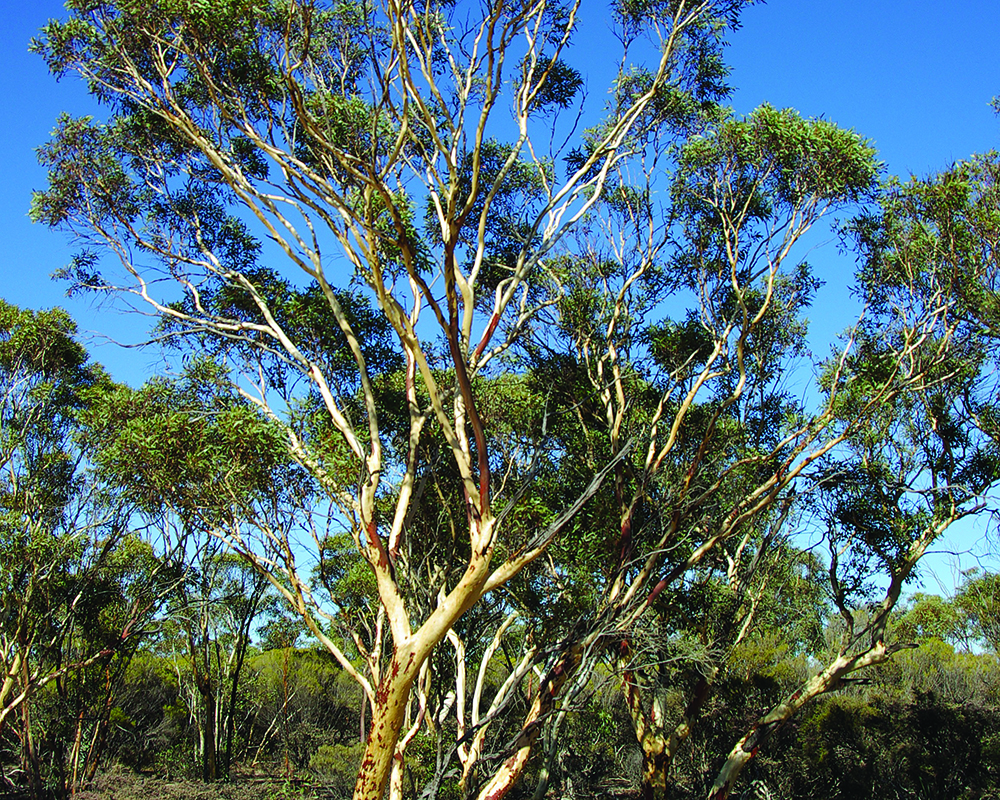 People are often quite surprised to hear that relatively common plant species can be threatened and in trouble. But many species were once so widespread and abundant, that although they are still relatively easy to find, their numbers are only a tiny fraction of what they once were. So it is with many eucalypts. Although many of these icons of the bush have hugely declined, very few are listed as threatened and this prevents them getting the protection and conservation attention they need. Rod Fensham from the University of Queensland and the Queensland Herbarium is leading a new project to tackle this challenge.

The International Union for the Conservation of Nature (IUCN) was established in 1948 with a charter to protect global biodiversity. One of the first actions of the Union was to compile a list of the species that were prone to extinction and that historic list became the Red List of Threatened Species.

In the early days the assigning of a threat status to species was rather haphazard and relied strongly on the subjective opinion of experts with only nebulous criteria. Gradually the criteria were discussed, evaluated and refined until the current Red Listing criteria were established that assigns species to a range of categories reflecting their extinction risk from Least Concern, Near Threatened, Vulnerable, Endangered, Critically Endangered to Extinct. The categories incorporate an evaluation of the rarity of species but also the extent to which they have declined and are under future threat of further decline.

While the IUCN Red List has international recognition and has been useful for raising awareness about threatened species the legal powers to protect species under the international charter are scarce. However, various nations have adopted the Red List process and use them to underpin legislation to protect threatened species. These laws do have legal carriage and have been effective in influencing the way that developments proceed. Australia has adopted and adapted the Red List criteria and every state and territory and the federal government have their own lists. Over the years these lists have got out-of-step, and the IUCN Red List of Threatened Species is hopelessly out of date for Australian plant species. There are only two species of Eucalyptus on the register. 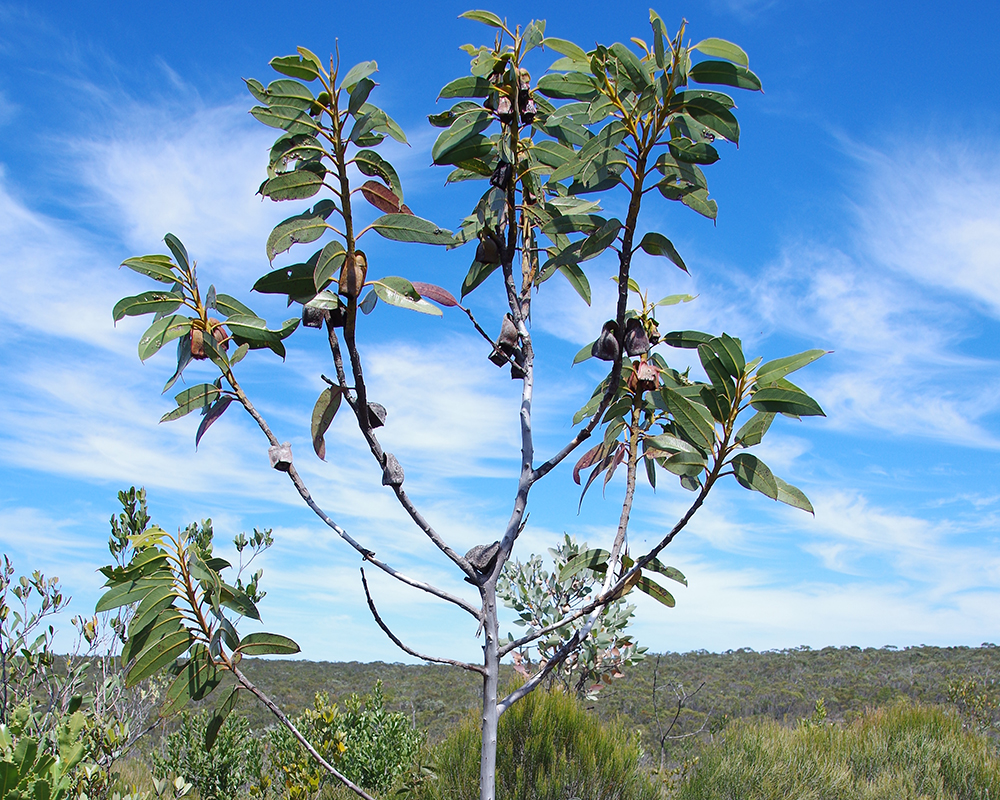 The square fruited mallet (Eucalyptus brandiana). Due to land clearing it is now one of the rarest trees in Western Australia. Photo: Malcolm French

Trees on the global agenda

Enter the Global Trees Campaign spearheaded by Botanic Gardens Conservation International and Fauna & Flora International and generously funded by Foundation Franklinia. A major objective of the initiative is to carry out a listing assessment for all the world’s tree species, a huge undertaking because the current count indicates there are 60,065 of them.


The Global Trees Campaign has been focusing on developing countries; identifying and listing threatened trees and then working with local communities to recover the species at risk. Until now, Australian trees have received little attention, but that is about to change, starting with our most iconic tree group the gum trees, otherwise known as eucalypts. The Threatened Species Recovery Hub is working with Botanic Gardens Conservation International and the Australian Government’s Department of Environment and Energy to undertake Red List assessments for 863 species in the genera Eucalyptus, Corymbia and Angophora.


The project has two key objectives. First, it will identify and carry out listing assessments for every threatened eucalypt to a standard that is satisfactory for the IUCN and for Australian Commonwealth, state and territory laws. Second, it will provide a new standard for Red Listing Australian plants that incorporates spatial data and estimates of population size using techniques developed through the hub’s Red Hot Flora project.

To be listed as threatened, a species must satisfy one of a selection of criteria. One of these, called Category A, is based on decline in abundance. While this seems a logical way to determine that a species is at threat, unless you have a time machine, this criterion is hard to apply unless there is adequate historical data. However, there are other ways to consider what we have already lost. For example, the gum trees that line road corridors in agricultural areas are a clear indication of what we have lost from the adjoining crop land and improved pastures. 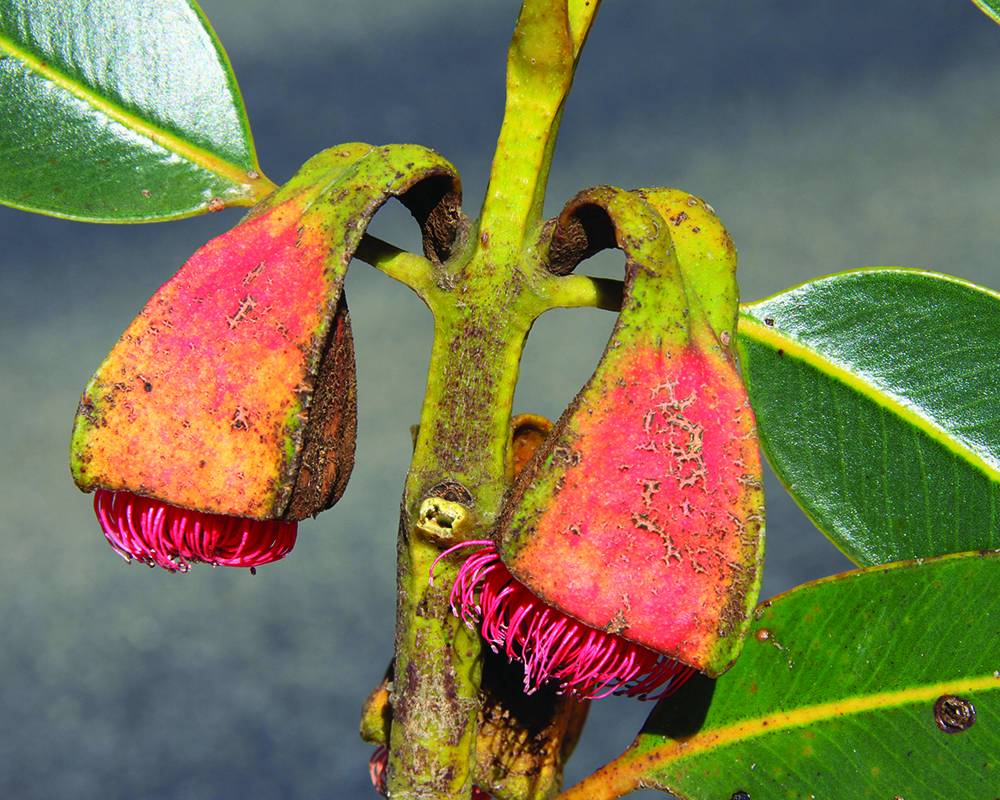 The square fruited mallet (Eucalyptus brandiana) is a small tree, growing up to 5 metres tall but with very large leaves, up to 20 cm long and 5 cm wide. Fewer than 50 plants remain. Photo: Malcolm French


Assessing the threat status of eucalypts relies heavily on conversations with experts from around the country. Australia’s eucalypt gurus are as interesting as the trees themselves
and they have been essential to the project.


Take Malcolm French, for example. Malcolm is a real estate agent who made a living selling farms. To know rural property you need to know soil and Malcolm soon realised that eucalypts can be accurate indicators of soil conditions. As Malcolm kept his eye on the trees over many years he built a high level of expertise in the difficult subject of eucalypt taxonomy. His commitment to the subject produced The Eucalypts of the Western Australian Wheatbelt, a seminal book, complete with accurate distribution maps, that has become an indispensable text for the project. Malcolm is just one of many people who have devoted themselves to gum trees and generously shared their knowledge for this project. 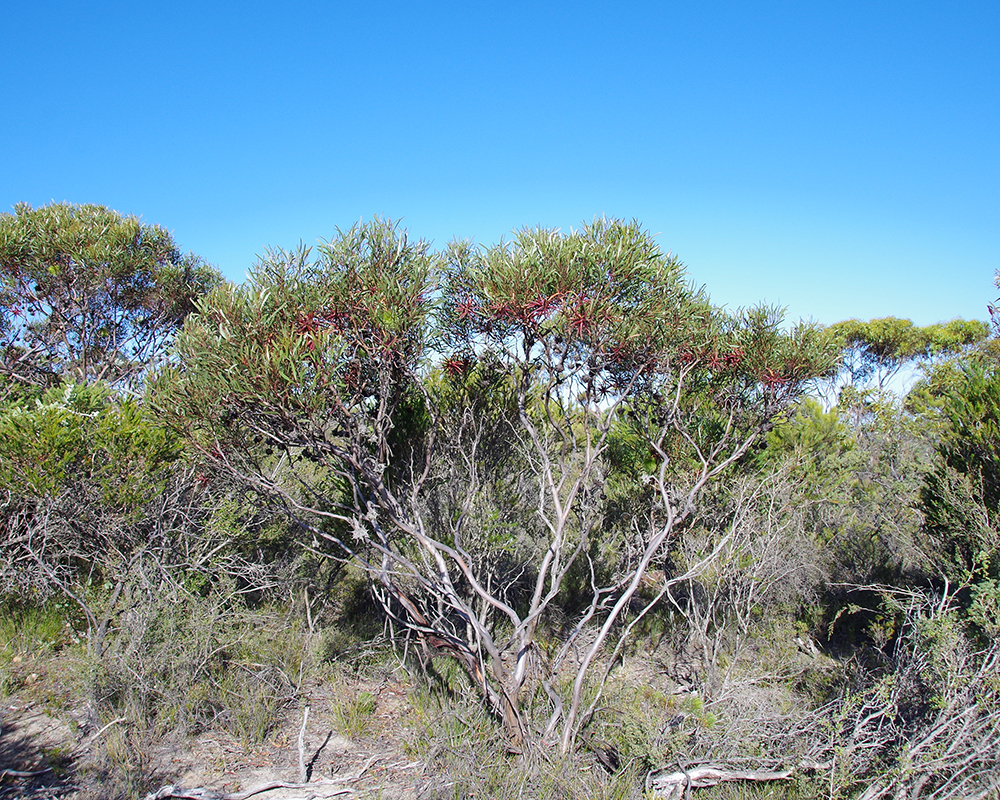 Peniup Nature Reserve, west of Gairnder in Western Australia. Photo: Malcolm French
One of the innovations of this project is using spatial data representing habitat decline to satisfy the criteria under Category A. Using this approach can result in the listing of some species that are still relatively common in the landscape on roadsides and in reserves, but that have suffered substantial decline. Many of these species have not been considered for listing previously. Other species that are naturally rare, but that do not exhibit past decline, nor are threatened by future decline will be delisted.
This important project will result in the Red Listing of many eucalypt species, and lead the way for their recognition as threatened under Australian law. This is an important step in their long-term protection and conservation. It will also develop a new method to improve conservation status assessments for other Australian plants through the lens of the majestic and omnipresent gum tree.