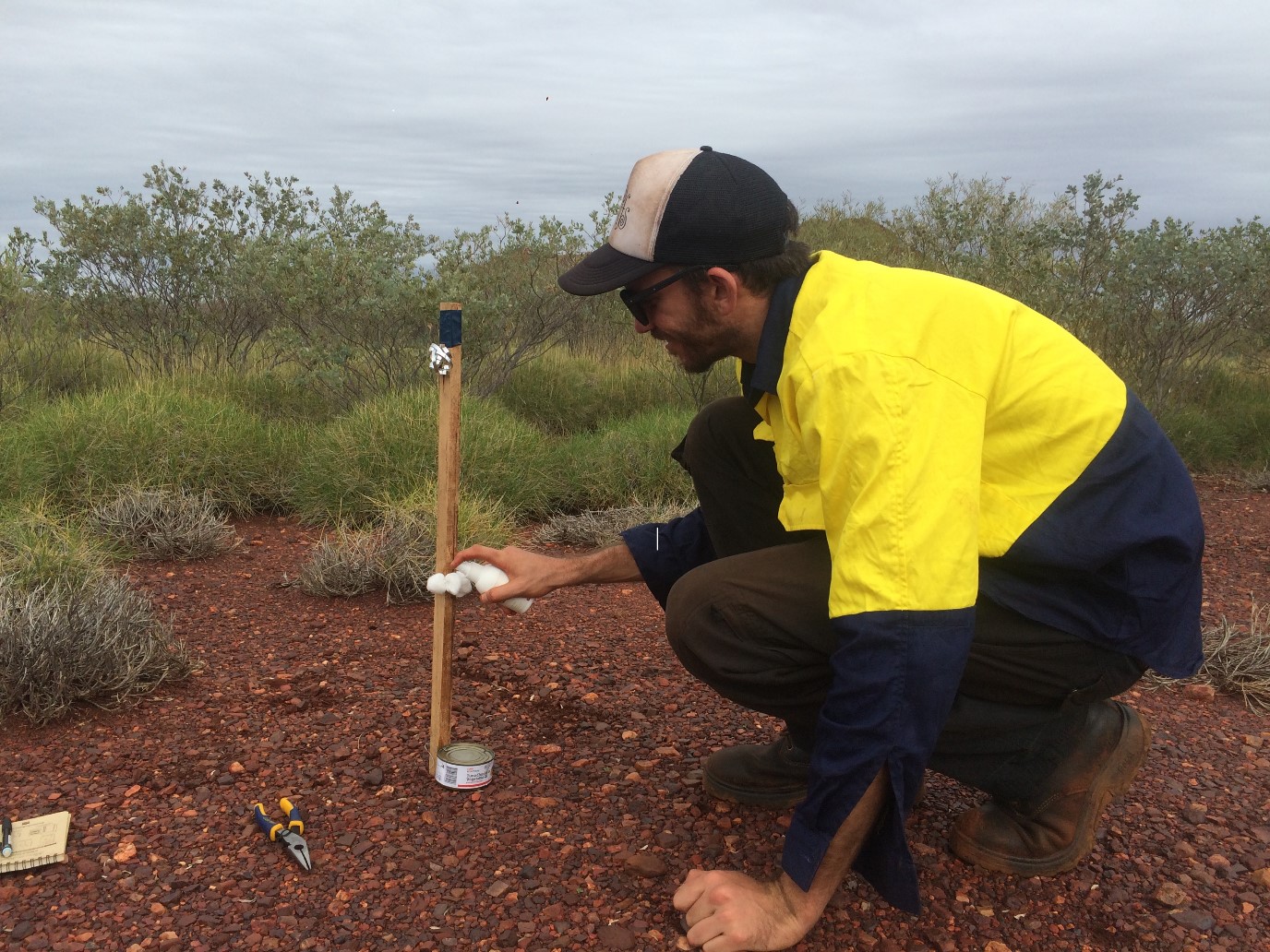 Will baiting benefit northern quolls in the Pilbara?

PhD student Billy Ross is using motion-sensing camera traps to establish baseline data on the number of northern quolls and feral cats in the Pilbara to determine whether cat-baiting can prevent the threatened mammals’ extinction.

“Feral cats are devastating our native wildlife – they are killing millions of individuals of many wildlife species and have been implicated in a number of extinctions and declines across the continent,” says Mr Ross.

“Since their arrival alongside European settlement, they have dispersed across more than 98 per cent of the country. We need to implement broad-scale cat control initiatives to prevent further declines and to assist the recovery of those threatened species currently on the brink.”

Mr Ross is monitoring populations of the endangered northern quoll in the Pilbara, one of the last quoll habitats to remain free of cane toads – another invasive species with a devastating impact on quoll numbers. He is also measuring feral cat densities and recording the interactions between feral cats and quolls.

“Over the next three years I will investigate the impact of the Eradicat baiting program on feral cat densities and spatial ecology; the nature of interactions between cats and quolls in the Pilbara; and the ecological responses of quolls to reduced numbers of feral cats.”

The Pilbara cat-baiting program is managed by the West Australian Department of Parks and Wildlife, a TSR Hub partner, as part of a Threatened Species Offset Plan supported by Rio Tinto. The department assumes responsibility for baiting, assessing bait uptake and quoll monitoring – with the research undertaken by Mr Ross designed to complement and augment the program’s activities.

His research forms part of the TSR Hub’s Project 1.1, which aims to develop management tools to reduce the impact of feral species on threatened mammals. The project is led by Professor John Woinarski and Dr Sarah Legge.

Despite occasionally running into difficulties with impenetrable spinifex and the often-searing heat of the Pilbara, Mr Ross still manages to appreciate the beauty of his surroundings.

“I consider myself fortunate to spend so much time among the mighty mesas (hills) and gorgeous gorges of my field sites.”

Mr Ross will continue his research for the next three years – collecting and analysing data with the intention of optimising future baiting programs.

Subscribe to the Newsletter
Related Projects
Some responses of the threatened Northern Quoll to a large-scale cat baiting program in the Pilbara Project 1.1.7
See more projects
Related Videos
Related News
Related Publications
The effect of cat baiting on foraging and antipredator behaviour of the northern quoll in the Pilbara, Western Australia

Some responses of the threatened Northern Quoll to a large-scale cat baiting program in the Pilbara.
TSR Hub
A brief history of the northern quoll (Dasyurus hallucatus): a systematic review
Australian Mammalogy
See more publications