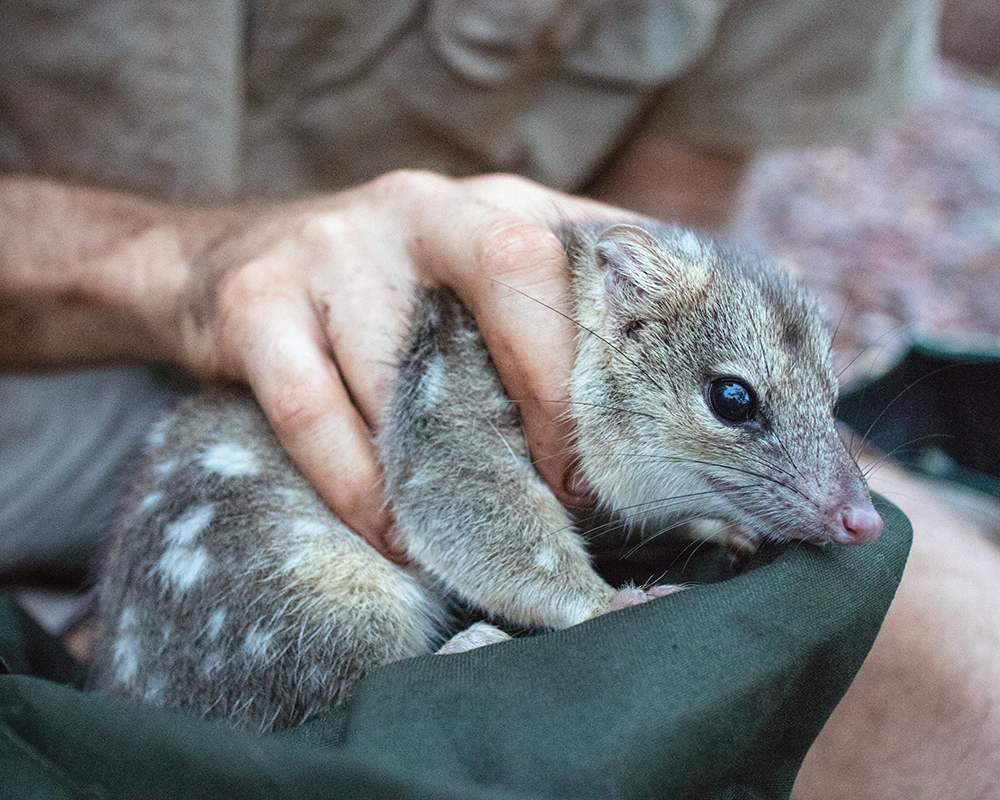 Video: How are Northern Quolls responding to feral cat baiting in the Pilbara?

Across northern Australia quolls have been severely impacted by cane toads and feral cats. The Pilbara is an important region for Northern Quolls, as it is still cane toad free. A large scale feral cat baiting program is being undertaken by the WA Department of Biodiversity Conservation and Attractions (DBCA) in partnership with Rio Tinto.

The TSR hub is undertaking research on some of the ways that Northern Quolls are responding to the program and also ways that cat baiting could be optimised, both in the Pilbara and in other regions to benefit threatened and other native species. The work is being undertaken through a PhD project by Billy Ross from Charles Darwin University.

Read more about the research here.